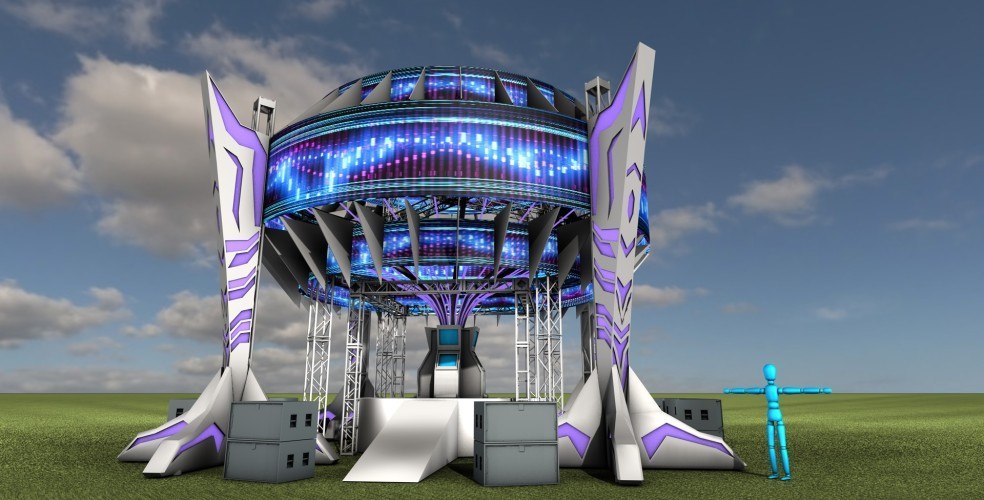 A Calgary team will be the first group to go through the Big Bang Residency Program, an initiative designed to support mixed groups of artists and engineers for a year to create a large-scale engineered artwork and immersive experience, a space ship in this case, to premiere during the annual Beakerhead 2016, an annual smash up of art, science and engineering that appeared in Calgary for the first time in 2013 and last year saw 112,000 attend.

The winning team will be provided with budget of $50,000 for materials and artist fees through funding from the Remarkable Experience Accelerator, a joint initiative of Calgary Arts Development and the Calgary Hotel Association.

Nineteen teams applied from across the globe, including across Canada, the United States, France, Poland and The Netherlands. The winning proposal, by Beama Visual Environments, will see the creation of a multi-interactive work called the Bass Ship.

The team has created work for music festivals all across North America such as Coachella and Shambala and can be found on industry top ten lists. The work will open on September 14, 2016.

The Bass Ship is an immersive, fully interactive audio-visual installation exploring the idea of non-verbal communication.

“When you step inside the ship, you become a part of an experiment. You have to coordinate with three other crew members to create a coherent communication. There are a lot of interesting dimensions, which will be developed through the residency at The Banff Centre, culminating in a spectacle!” says Mary Anne Moser, president and co-founder of Beakerhead.

From the ship’s switchboards and control panels, participants will be guided by visual cues. Each action by one of the participants will trigger a sequence of audio, lighting and video events, which will play out on the Bass Ship and shared with the audience.

This is the first year for this three-year program, spearheaded by Beakerhead.