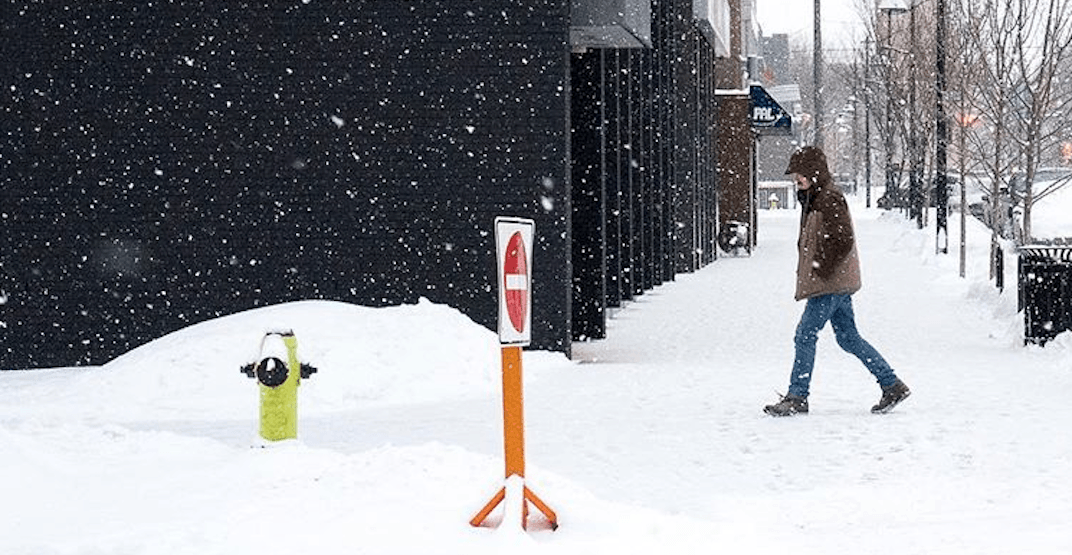 It looks like winter isn’t quite done with Calgary.

After what was a rather peaceful week or two of above freezing temperatures and sunny skies, the city was coated in another layer of the cold white stuff this past weekend, and more is apparently on its way.

No one panic — it’s not going to be the painfully cold freeze that we saw in January, or the heaps of snow that came down in November, but rather a few scattered flurries over the course of a relatively warm week.

Monday, as anyone with a window can see, is showing a light snow, though it is expected to clear up and become partially sunny by later this afternoon.

Tuesday and Wednesday shouldn’t see a speck of snowfall if The Weather Network’s seven-day forecast is to be believed, with highs of 0° and 3°C respectively.

Thursday, Saturday, and Sunday will all see less than 1 cm of snow, and Friday is expecting around 1 cm of snowfall. 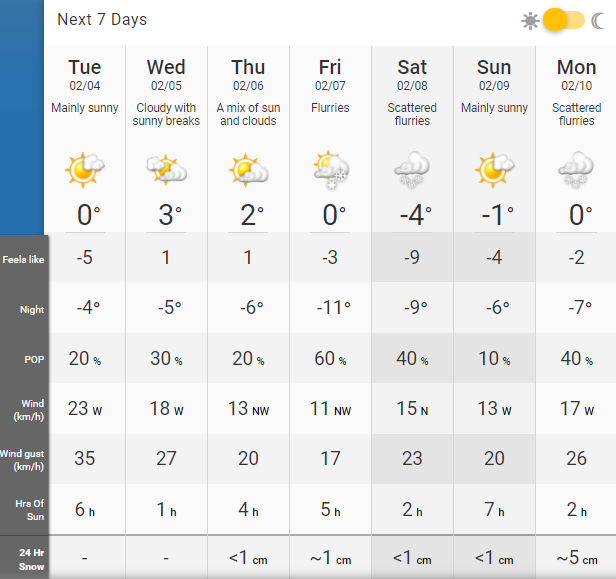 Next Monday is when you’ll likely have some snow-shovelling work to do, seeing as around 5 cm of snowfall is expected to come down that day.

It’s not the most terrifying forecast as far as an Alberta winter goes, but just be sure you’re ready for a few more centimetres of snowfall by the end of this week.