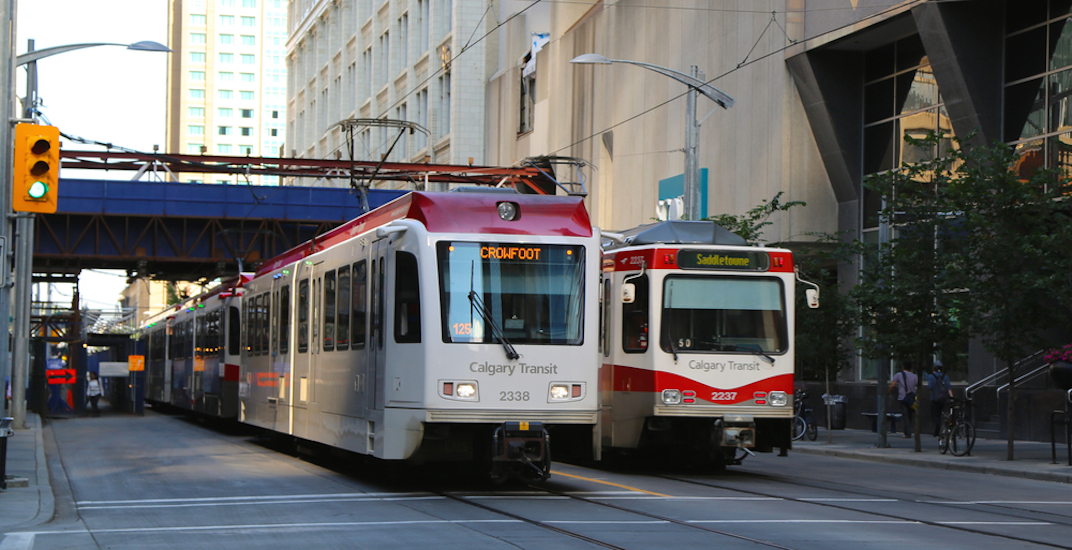 CTrains at 7th Street SW station have come to a standstill after Calgary Transit put a pause on service due to what is being described as “a police matter.”

Calgary Transit first noted the shutdown in a tweet at 9:47 am, stating that “due to a CPS matter there is no CTrain service on 7 Ave.”

Shuttle buses were put into action to carry commuters either westbound on 6th Avenue and eastbound on 9th Avenue between City Hall.

#CTRiders due to a CPS matter there is no CTrain service on 7 Av. Please catch shuttle buses going WB on 6 Av or EB on 9 Av between City Hall and 11 St. NW shuttles will go to Sunnyside. pic.twitter.com/0UAVpbcRIe

In the hour since, Calgary Transit has provided two more updates via Twitter, with a post at 10:11 am stating that shuttles will be running between City Hall, Kerby, and Sunnyside.

The most recent update on the incident, posted at 10:38 am, states that the service remains shut down due to a police matter, and that there are currently nine CTrain shuttles operating on 6th Avenue and 9th Avenue.

The shuttles can be caught at the orange CTrain disruption signs, according to the tweet.

#CTRiders due to a police matter, there is currently no CTrain service on 7 Av. We have 9 CTrain shuttles traveling between City Hall, Kerby, and Sunnyside using 6 Av and 9 Av. Please catch the shuttles at the orange CTrain disruption signs. pic.twitter.com/cDdyZVbm3X