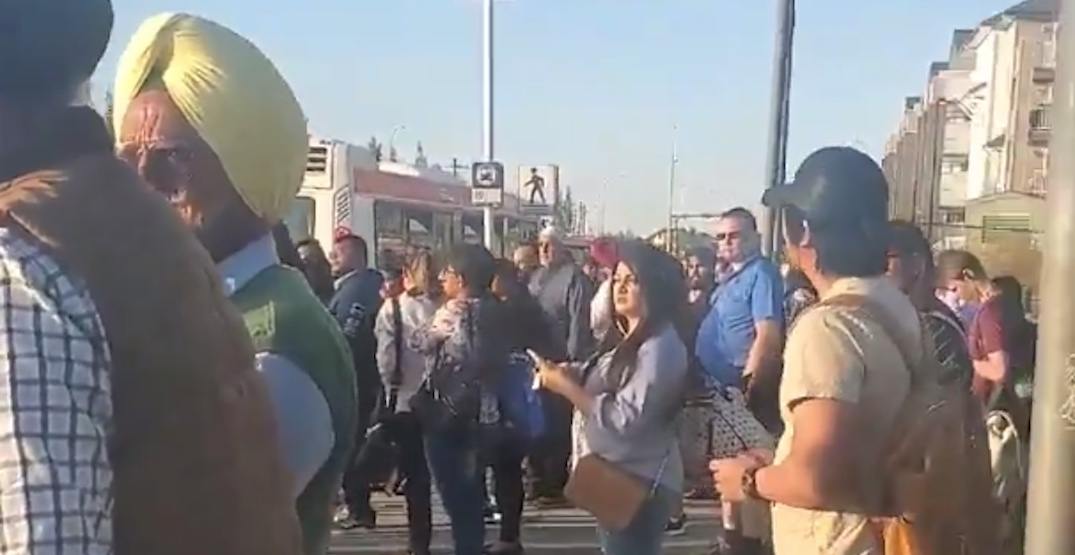 There was a spike in complaints to Calgary Transit’s Twitter handle this past week, which normally happens this time of year, after Labour Day, when scores of people return to work and school.

But this year’s peak commute week was also hampered by significant cuts to the public transit service’s budget, approved earlier this summer by city council.

Both bus and CTrain services have been reduced in frequency, with the cuts made largely outside of the peak hours.

In total, 80,000 hours of service have been cut, including frequency cuts of up to 50% on some services during certain hours.

And Calgarians are certainly noticing these reductions.

Along with less frequent trains and bus routes, this means transit riders are also waiting longer times during the transfers between services, and transit vehicles have been more packed than usual.

Here is a roundup of a select number of tweets from frustrated transit riders:

@calgarytransit All public statements about effects of budget cuts have said service reductions in non-peak hrs. I’ve been at the train station for almost 1/2 hr & only 3 trains have come & all were packed leaving passengers to wait🤞for yet another train. Absolutely ridiculous.

Totally cool, none of us have anywhere else to be. pic.twitter.com/onNo6x4mSb

How do you justify increasing fare consistently yet reducing service frequencies?? Whether it be the bus or the train. What am I paying for? The shit app that hardly works? @calgarytransit

@calgarytransit is the 721 going to pick up kids at BHS? My son said all the kids outside waiting for it? Be nice to have our children home on time…

So, because of the fantastic schedule of Calgary transit, I ended up being 20min late.

This is everyday’s Scene for Route145 at Saddletowne.I dont understand how @calgarytransit is managing it. I had to wait for another 25 mins after waiting for 15 mins for this bus. @nenshi how you will attract more people to @cityofcalgary ? pic.twitter.com/khqShcZtLq

Hey so…..
Fuck @cityofcalgary for cutting their budget for @calgarytransit

Why is Calgary transit so fucking bad? Between the bus routes in the early summer and the train routes this week you have effectively made my commute unbearably long. Thanks for nothing you assholes

Trust me the riders NOT in the core are NOT smiling over the depletion of services, complete lack if servic on some days Bc oh no 1 in the burbs need to use public transit on the weekends or off rush hour make sure to keep the fares the same tho

@calgarytransit Hey YYC transit- what the hell? This is 2 days in a row that I’ve had to take an Uber to work / be late for work because the 100 didn’t show at North Point. You guys owe me $50.

This happened to me almost every morning last week. I was late for work because of it. Route 138 that is supposed to leave crowfoot at 720 am. We left one morning at 7:28. We now have a new driver but this is ridiculous. pic.twitter.com/812cmC5MDZ