Struggling to decide what costume to wear this Halloween? Love your home city? Perhaps we can help, with a rundown of Calgary-themed costumes that will surely make you the talk of the (cow)town.

What could be better than being the world’s greatest mayor for Halloween? You can’t get more Calgarian than putting on a Mayor Nenshi costume, and parading it at whatever party you attend. All you have to do is put on some some glasses and a suit then you will be set. You could even go one step further by going out in a “Sexy Mayor Nenshi” costume, though Mayor Nenshi himself doesn’t seem to think it’s a great idea.

Annual public service announcement: as we approach Hallowe’en, I need to remind everyone that “Sexy Mayor Nenshi” is a bad costume idea. 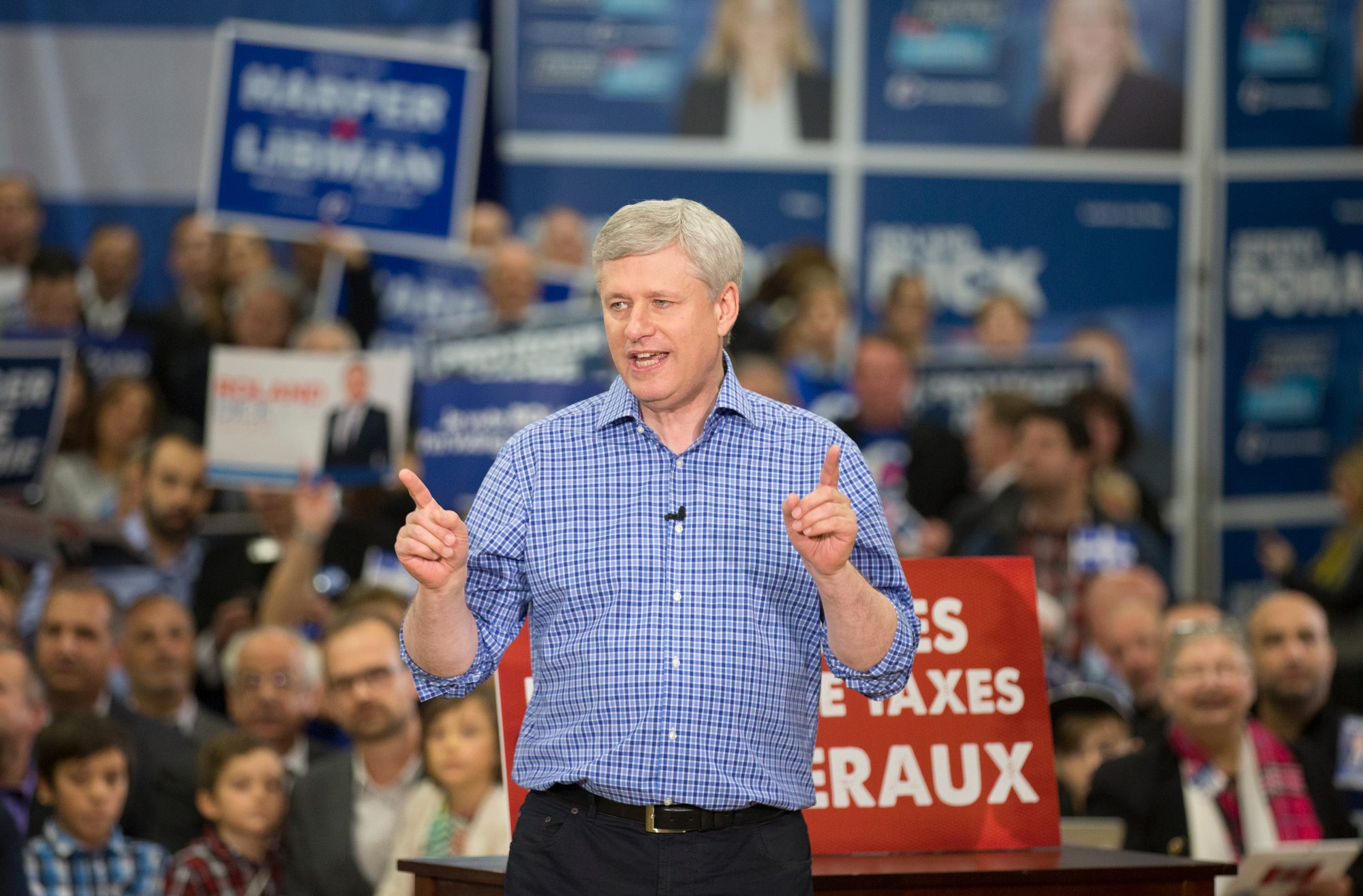 Serving as our Prime Minister and hailing from Calgary; a Harper Halloween costume would be the perfect way to commemorate and celebrate, well, his departure and of course, his years of work. You can get as creative as you like with this costume, just remember the grey hair and professional clothes. 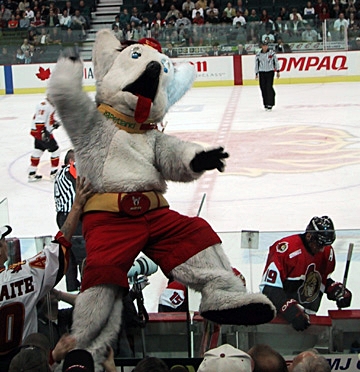 If you want a fun and easy costume and are a fan of the Calgary Flames then why not dress up as the Calgary Flames biggest fan, Harvey the Hound. All you have to do for this costume is grab a pair of ears, paint on a black nose and throw on some Flames gear, then prepare yourself with a whole lot of energy because Harvey is an energetic fellow. 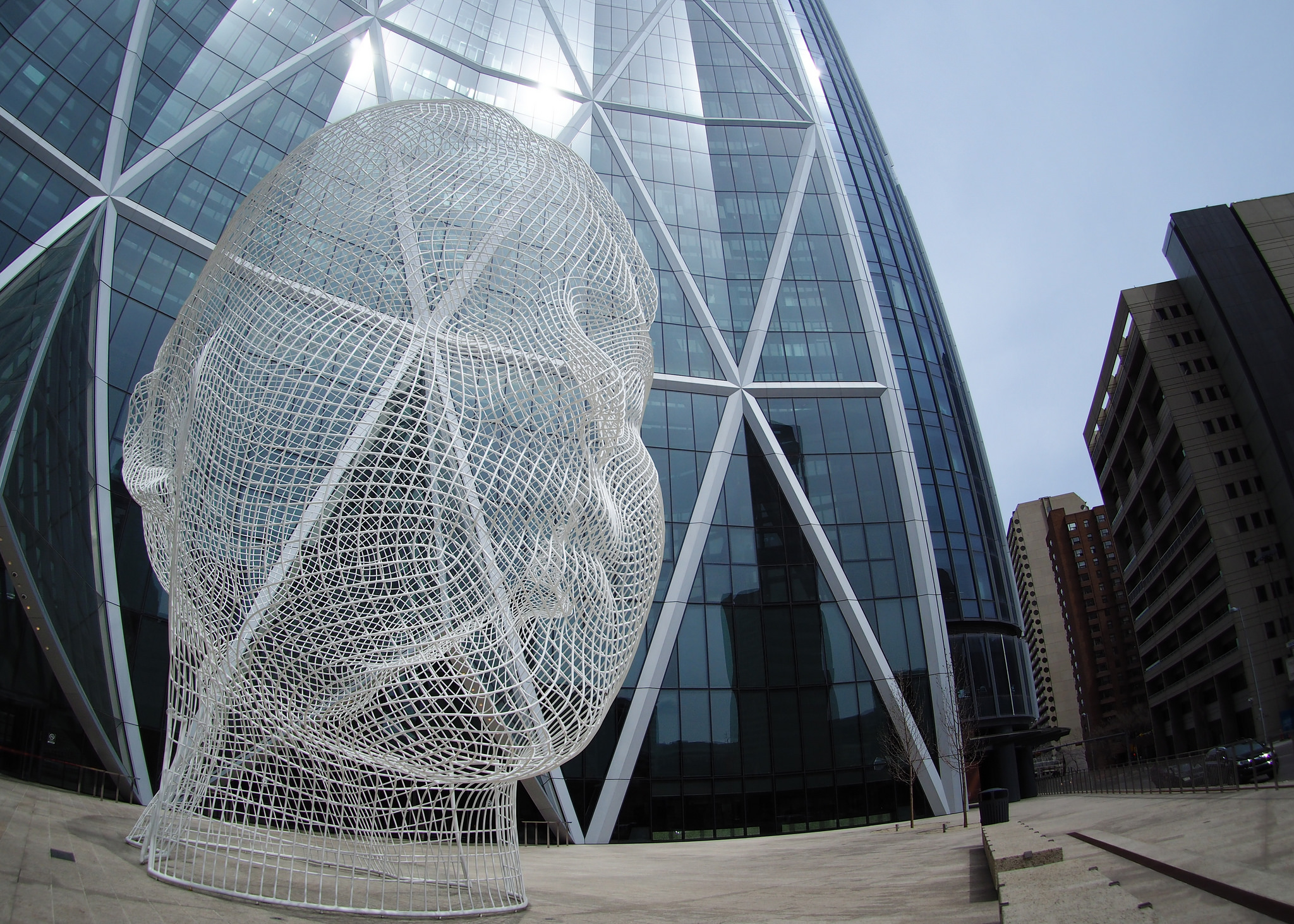 The majestic piece of public art can be found just outside the Bow. This costume will take some skill and creative powers to pull off but it will be worth it once people are able to figure out what you are. Our suggestion? Wear all grey, like the pavement, paint your face with white lines and keep your hair short or pined back. But however you decide to do this one, the end product is sure to be wonder-ful.

The Blue Circle (or whatever it is)

@racheeeebee and I recently biked to an infrastructural nomansland to see #Calgary's most controversial public art piece: #travelinglight, by renown artists #IngesIdee. We thought that visiting it in person should be a precursor to having an opinion on it. Strange concept, I know. It's been easy to scoff at it from a vehicle, but in person it's actually pretty great! The engineering is beautifully executed, and the scale is truly fantastic when under or near it. Just my opinion though. . . #yycpublicart, #capturecalgary, #captureyyc, #explorecalgary, #explorealberta, #publicart.

Ah, the Traveling Light. Calgarians still look at it to this day and cringe a little, but hey it’s here to stay so we might as well make light of it. The costume is pretty easy to create, all you need is a blue ring with lights on top; and Calgarians are sure to get a kick out of the finished product. 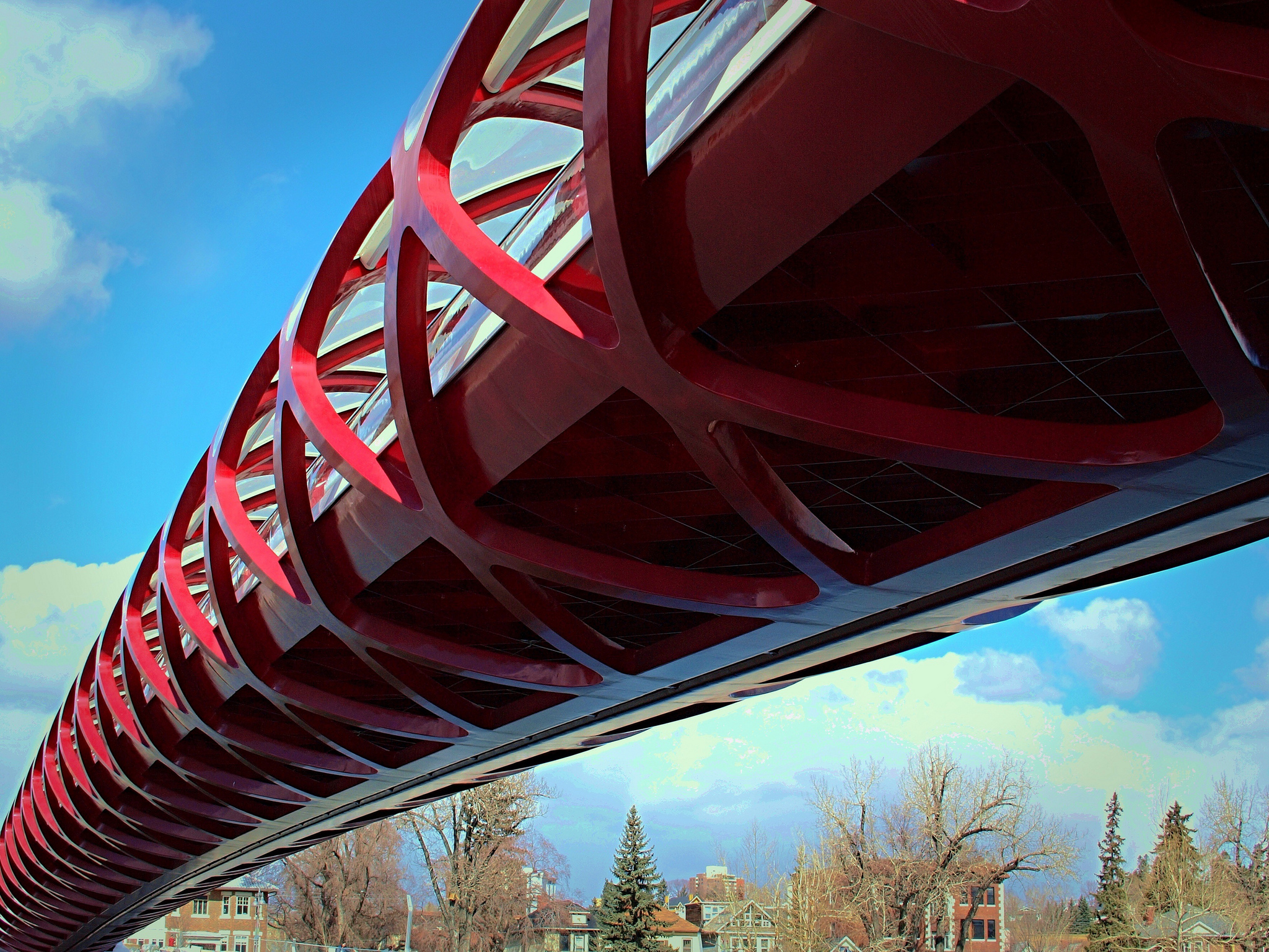 The Peace Bridge wasn’t immediately embraced by Calgarians. But over time we have come to love our little red artery pumping life in and out of the core over the Bow River. To dress the part wear all red and white, or yellow if you can, this one will be tough but it’s totally worth it.

Intrude by Amanda Parer. Man oh man, I love @beakerhead. And I love that these bunnies are a 3 minute walk from my apartment!

Calgarians fell in love with these giant invading bunnies at this year’s Beakerhead so it’s perfect for a topical Calgarian costume idea. Simply wear all white and for added effect adorn the costume with LED lights that change colour, just like the real bunnies. 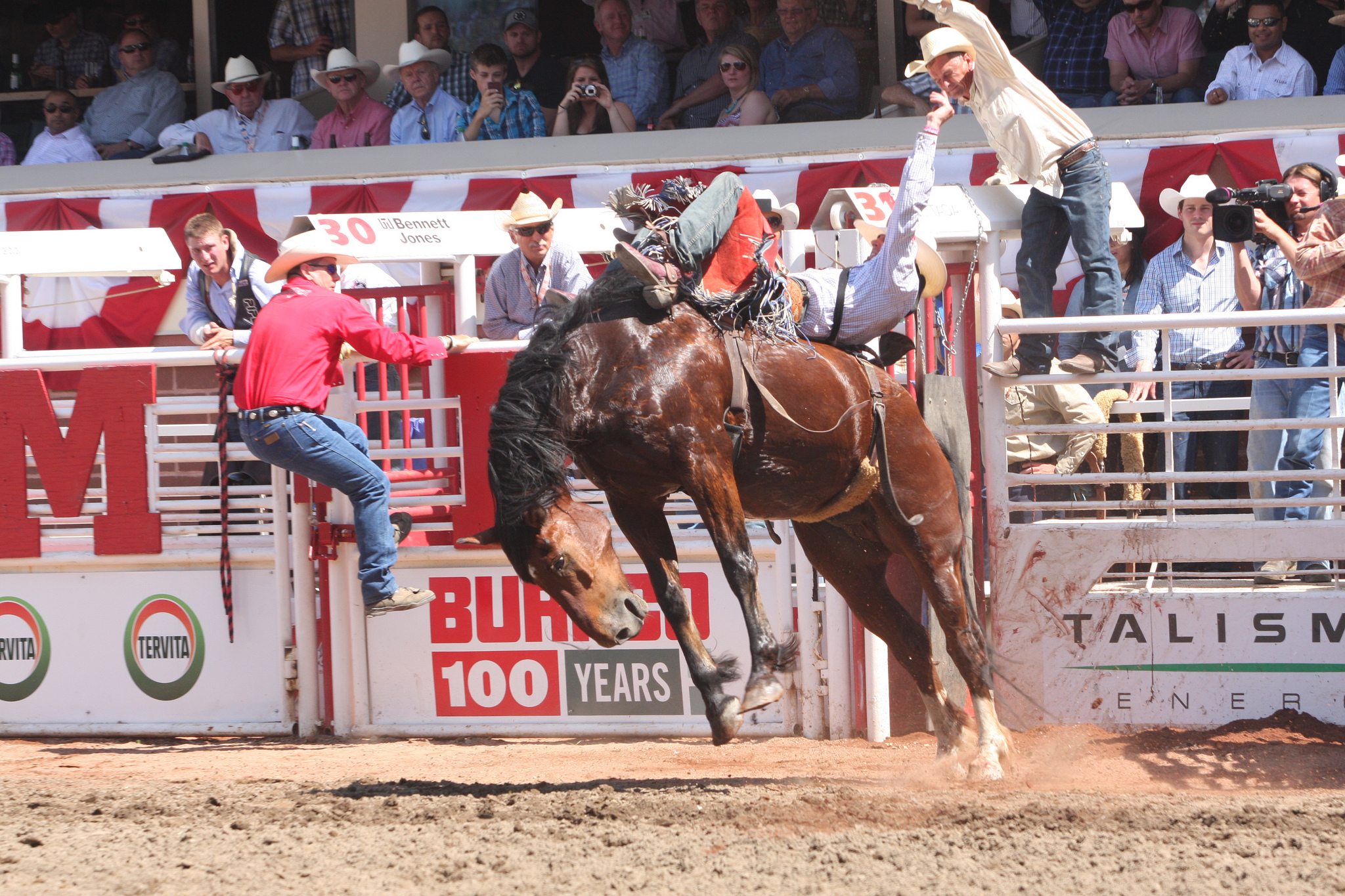 When you live in Calgary you just can’t forget about the Stampede, we pretty much revolve around it. As a result the costume ideas are almost endless. You could as anything from cowboys/cowgirls to livestock, via carnival rides and cockroach pizzas; just let your imagination run wild.