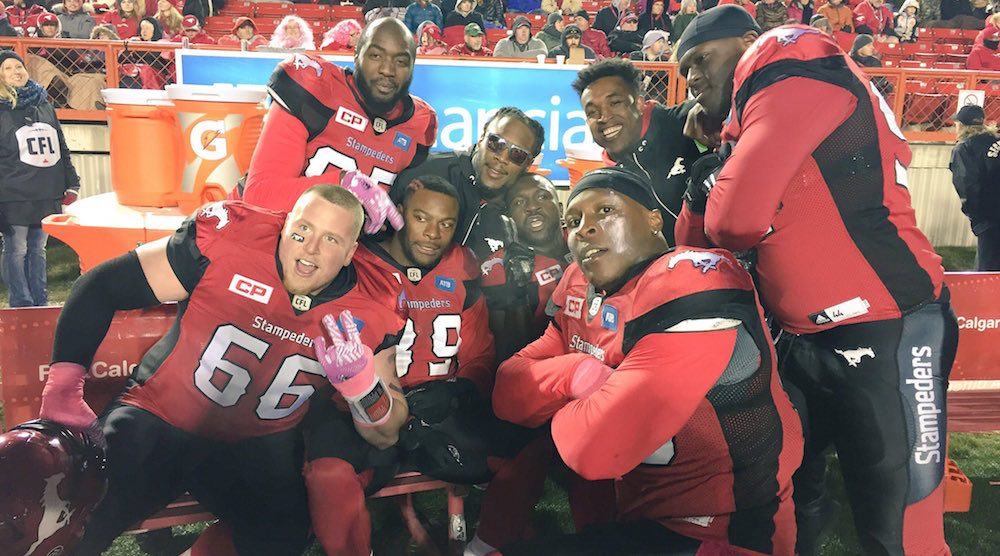 The Calgary Stampeders have a chance to make Canadian football history on Sunday in Montreal.

Heading into their final game of the regular season, the Stamps sit with a 15-1-1 record. One more victory would tie them in wins with the 1989 Edmonton Eskimos who went 16-2 that season. Based on the fact that Calgary would have fewer losses, a 16-1-1 season would qualify as the most successful 18-game regular season in CFL history.

Only one team has ever completed a perfect season, the 1948 Stampeders, who accomplished the feat in a 12-game season.

Since then Calgary has rattled off 14-straight wins, which is a truly remarkable feat.

The question going into their last game is how hard the Stamps, who have nothing to play for, want to push for the win. Head coach Dave Dickenson isn’t discounting the historical importance, but he isn’t overhyping it either.

“I think it still would be nice,” the first year head coach said. “I personally feel when you can do something that nobody else has done, I think that’s pretty cool.”

Dickenson has a lot of lineup decisions to make, which are never easy in this type of a situation. The Stampeders will have three weeks in between their last regular season game and Western Final, so sitting players out on Sunday only increases the risk of rust.

Dickenson has said that he’ll get QB Drew Tate into the game, but to what extent remains to be seen.

The Western Final is scheduled for Sunday, November 20 at McMahon Stadium.