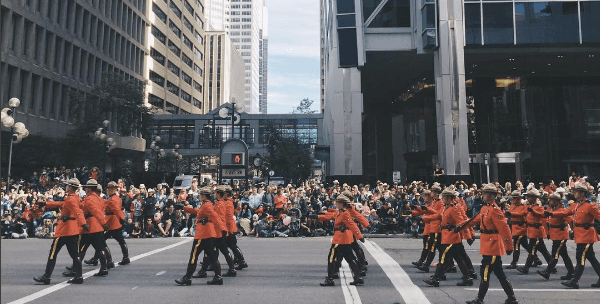 With more than 40 floats and 4,000 people marching in the parade, it’s quite the show, especially since Fort McMurray firefighters were given a special honour.

Did you miss out on the parade? No worries. We’ve got you covered. Here are 17 photos of the Calgary Stampede’s opening parade.

A member of the Calgary Dinos cheerleading squad gets thrown in the air while taking part in the 2016 Calgary Stampede Parade. #cs2016 #calgarystampede #yyc #stampede2016 #uofcalgary

I’m very glad this bull did not get angry during the parade. #calgarystampede #bull