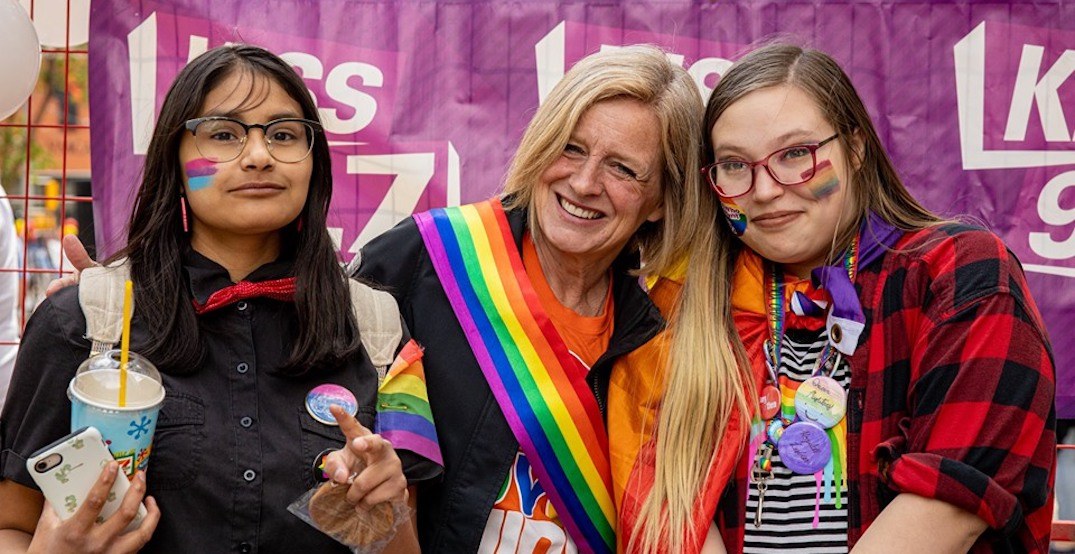 Calgary Pride is standing by its decision to exclude all political parties from this year’s Pride Parade.

According to a Wednesday release from the organization, the decision was made by a blind jury made up of community members “with a diversity of lived experiences across the LGBTQ2S+ spectrum” earlier this month.

The members of the jury each individually ranked all parade applications from highest to lowest, and after the scores were calculated, the Alberta NDP was the only political party to make the cut.

However, the release notes that a number of jury members requested that no political party be represented in the parade, with Calgary Pride stating that including only one political party would send the message that “some political parties would be unfairly perceived as against LGBTQ2S+ rights” and that “community members who did not vote for the NDP might see their place in our community as less than.”

This is despite what Calgary Pride noted as “monumental support of the LGBTQ2S+ community” from the NDP.

The decision is not sitting well with some members of the community, prompting the creation of an online petition that calls for Calgary Pride to allow Rachel Notley and the NDP to march in the parade.

“For the last three years they were in power, Rachel Notley and the Alberta NDP have been continuous and strong allies, supporters, and advocates for the LGBTQ2S+ community,” the petition, which was created by Brandon Beavan on July 24, stated.

“[The NDP] increased protections for Alberta GSA’s, stayed in the legislature day and night to FIGHT for Queer Kids of Alberta, AND was in the process of banning conversion therapy.”

Mike Morrison, a vocal member of the LGBTQ2S+ community in Calgary, took to Twitter on Wednesday to state that, given the work she has done as an ally during her time as premier, Rachel Notley must march.

.@RachelNotley is the most supportive Premier in Canadian history. If she’s not allowed to march in @CalgaryPride, than it’s an insult to what Pride marches are all about. Pride says they are listening, so I’m shouting #RachelMustMarch. Please join me.

Notley’s, and the NDP’s, efforts for the LGBTQ2S+ community were acknowledged in the Calgary Pride release, which noted that, while they will not be allowed to march in the parade, the NDP is invited to participate in the other Pride celebrations during this year’s ten-day festival.

“The Calgary Pride Board stands behind the decision to not allow any political parties to march in the Calgary Pride Parade. Calgary Pride also recognizes the countless hours of LGBTQ2S+ advocacy done by our political allies. Further, the record-breaking 46 hours of filibustering by the NDP, acting as Alberta’s Official Opposition to the UCP, in which they battled through sleepless nights to protect the safety of wellbeing of LGBTQ2S+ youth must be acknowledged and celebrated,” the release read.

“Calgary Pride wishes to extend our very heartfelt public recognition of this incredible act of solidarity and protection for gender and sexually diverse youth, and we look forward to celebrating that with you at other times and places during Calgary Pride’s ten-day festival from August 23 to September 1.”