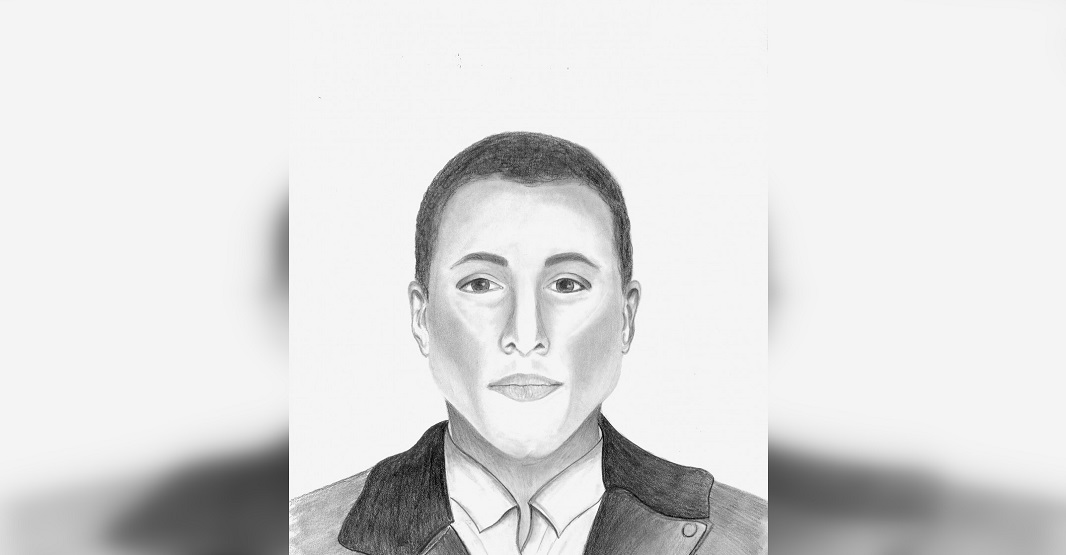 The Calgary Police Service is hoping for the public’s help in identifying a sexual assault suspect.

According to a release from CPS, a man allegedly grabbed a woman and touched her sexually in the 19th Avenue and 5th Street SW area just after midnight on Tuesday, September 15.

The woman broke free and fled from the man, who was last seen walking towards 17th Avenue SW, the release states.

Police have shared a composite sketch of the male suspect, as well as the following description:

“He is described as Black, between 20 and 30 years of age, 5’8″ to 6’ tall, approximately 180 pounds, with a slim build, black buzz-cut hairstyle, clean-shaven with a strong jaw and high cheekbones. He was described as being dressed in business casual, wearing a dress shirt and black leather jacket with dark jeans.”

Anyone with information about the incident or the suspect’s identity is asked to contact the Calgary Police Service’s non-emergency line at 403-266-1234.