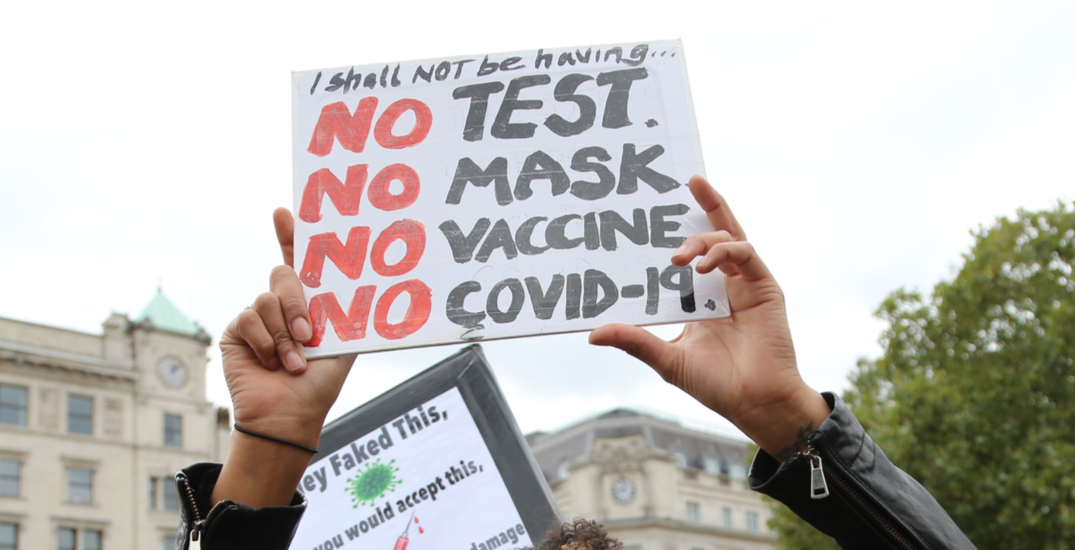 Three people are facing charges, and another three are being sought by police for organizing anti-mask rallies over the weekend.

The Calgary Police Service announced in a Wednesday press release that three charges were issued relating to the gatherings that saw over 100 people protesting the new public health orders that were issued in order to slow the spread of COVID-19.

The release states that six people have been identified as organizers of the rally, with Artur Pawlowski, David Pawloski, and Ryan Audette all being charged under section 7(1) of the Public Health Act “for contravening order of medical officer of health, failing to wear a face-covering where required, and failing to have a permit for an event.”

The three other alleged organizers are currently being sought by CPS.

“It must be noted that due to safety concerns for both law enforcement and members of the community, it is not always prudent to issue a ticket at the time of an alleged offence,” the release states.

“For example, during a protest or event where emotions are high. In many instances, tickets are issued in the hours or days after an infraction based on evidence obtained at the time of the event.”