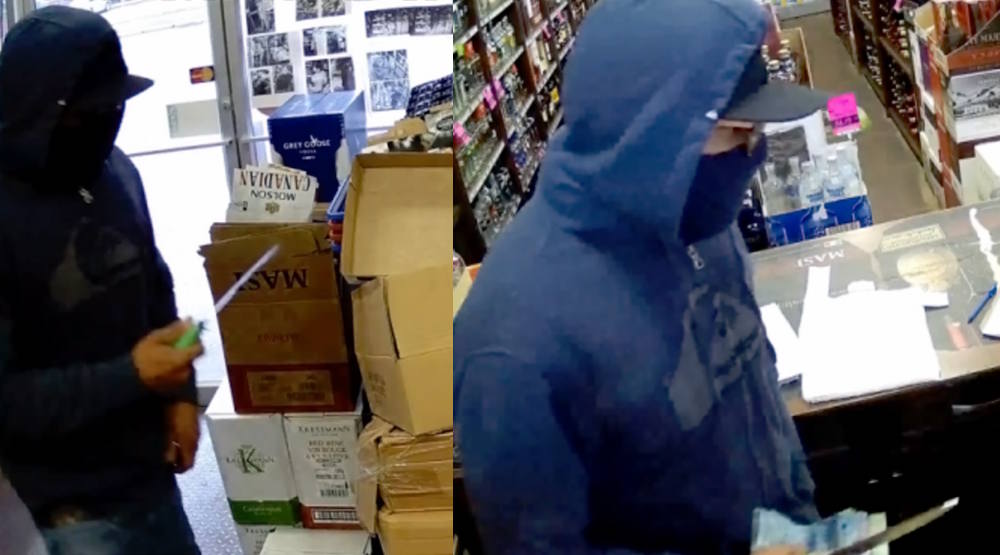 The Calgary Police Service is asking for help to identify a suspect in a robbery that occurred in Brentwood earlier this month.

On Wednesday, May 17 around 7:25pm, a 6” tall man walked into the Liquor Bank Northmount Wine & Spirits store, located at 1342 Northmount Drive NW, wearing a blue hoodie with a Quciksilver logo, blue jeans, a black hat, sunglasses and a mask over his face.

The man walked behind the counter, produced a knife and demanded money from the store clerk.

He fled the store with an undisclosed amount of money – no one was reported hurt during the robbery. 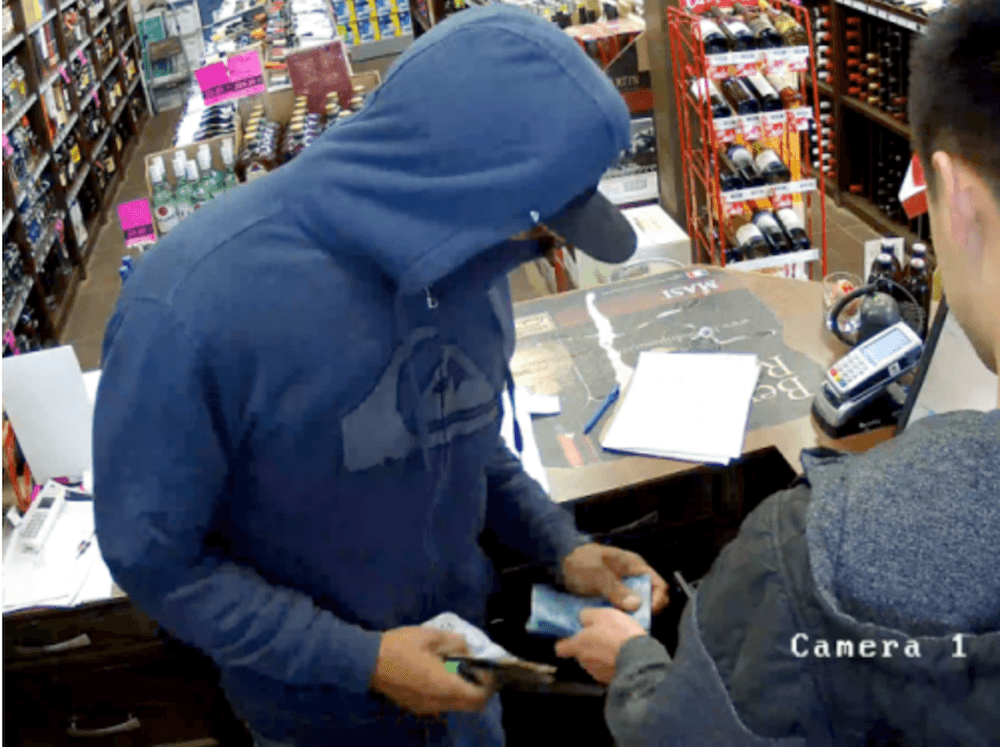 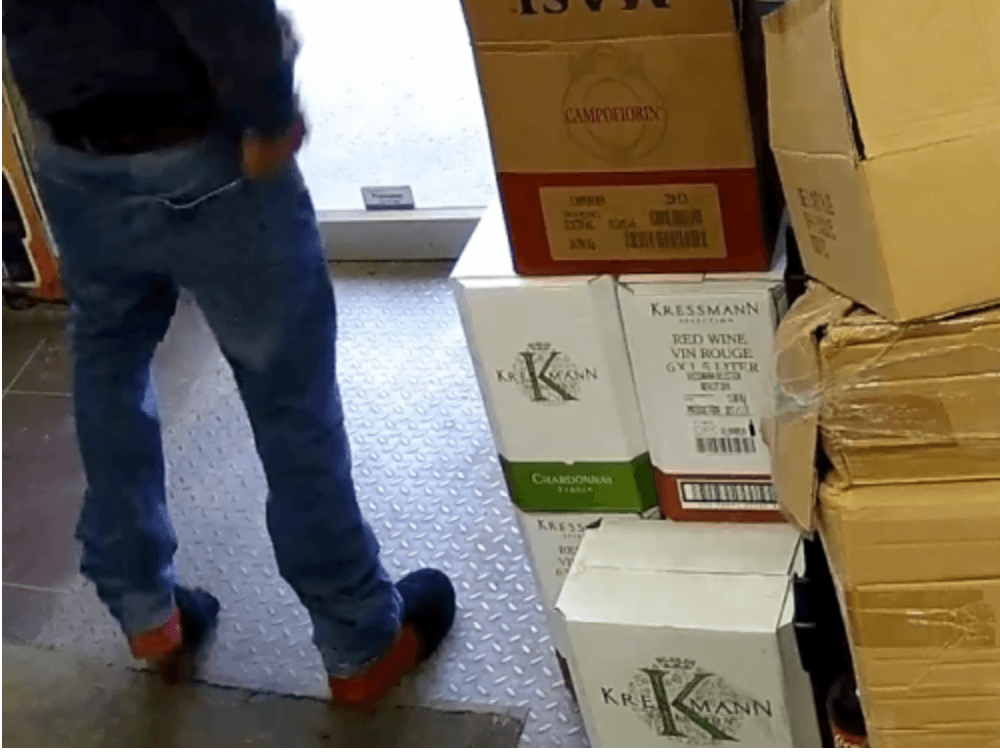 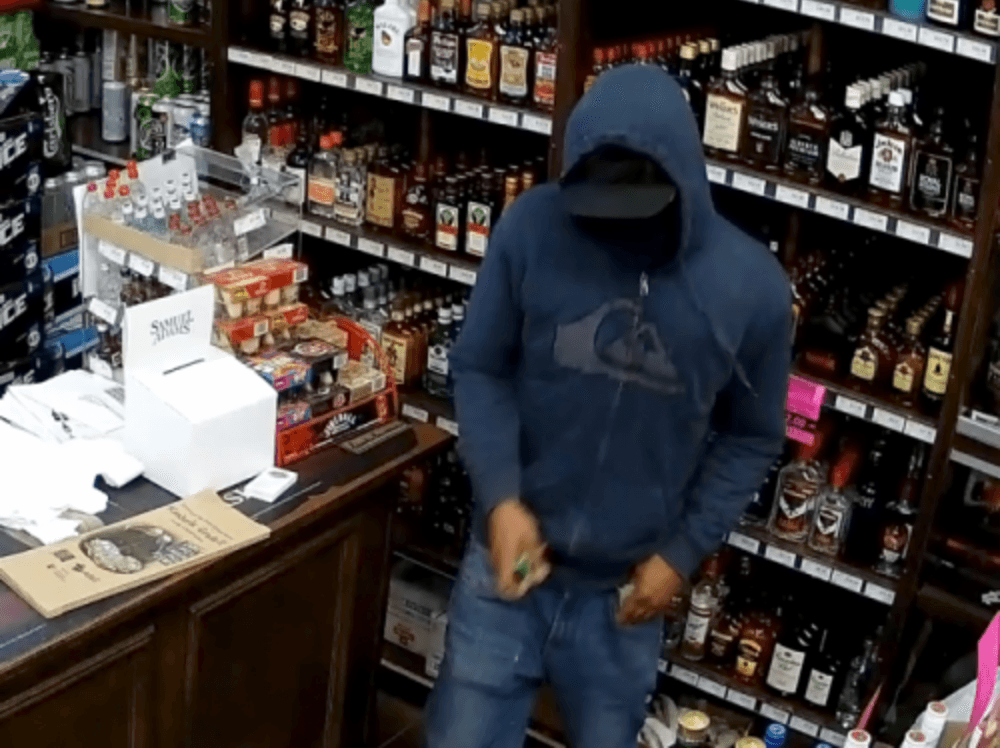