The Calgary Police Service has been having a busy 2019 so far.

A release from CPS states that there have been 248 drug trafficking-related charges laid in Calgary throughout January and February as part of the Service’s ongoing Daylight Initiative.

The Daylight Initiative was started in December 2018 and involves the coordination of multiple CPS units to address the methamphetamine problem in the city. 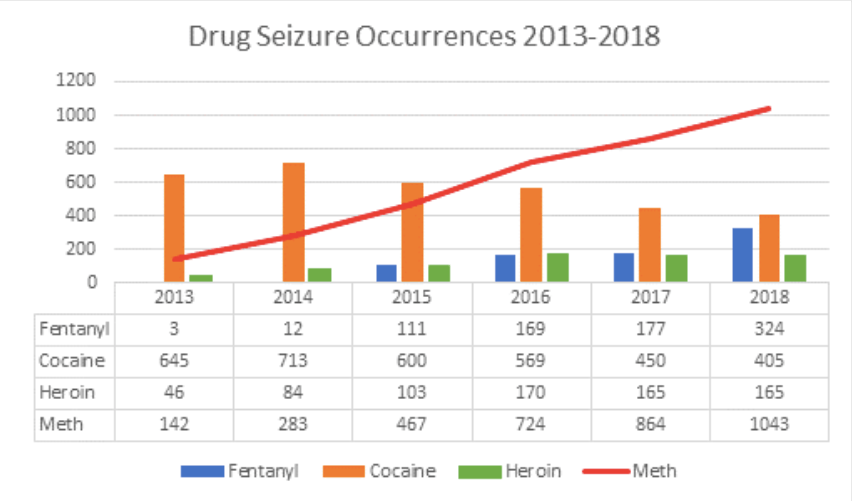 “The trafficking of drugs in our city happens not only in the downtown, but also in the vast majority of communities in our city,” said CPS Inspector Kevin Forsen, in the release.

“This is a complex social issue that will take a collective effort to resolve. Enforcement is only one part of the equation and we will remain dedicated to doing what we can to keep our citizens safe.”

The 248 charges are all related to street-level trafficking, along with arrests made at residential homes.

A total of 43 people were arrested throughout the two months, with 15 of them accounting for 42 counts of breach of conditions and 29 outstanding warrants for criminal code violations that were not related to the Daylight Initiative investigation.

One person had even been arrested twice as a result of the initiative.

The Service also seized two handguns, one shotgun, three fake handguns, a pair of brass knuckles, nine knives, a crossbow, and a baton as a result of the investigation.

If you suspect that there may be a drug house in your neighbourhood, you can report it to the CPS drug tip line by calling 403-428-8100 or emailing [email protected]