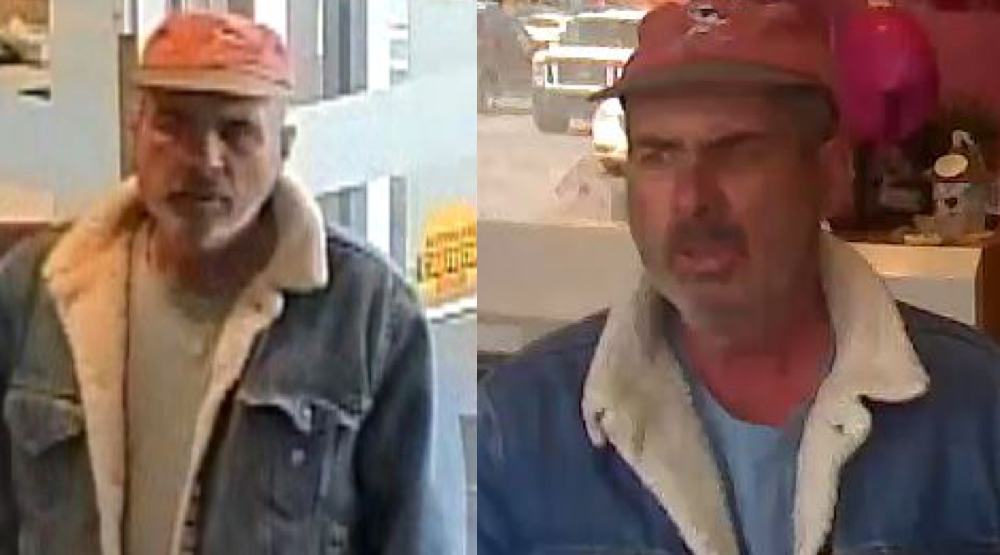 The Calgary Police Service is asking for help to identify a suspect in a bank robbery that occurred in the southwest neighbourhood of Shawnessy in April 2017.

CPS’s Robbery Team reports that around 1:30pm on Saturday, April 1 a man entered a bank located in the 100 block of Shawville Blvd SE. He approached the teller and stated he was armed and demanded money.

The man left the bank with an undisclosed amount of money – no one was injured during the robbery and no property damage was reported.

He is described as 55 to 60 years old, with a medium build, grey hair and beard. The suspect was wearing a denim jacket, red baseball cap and jeans.