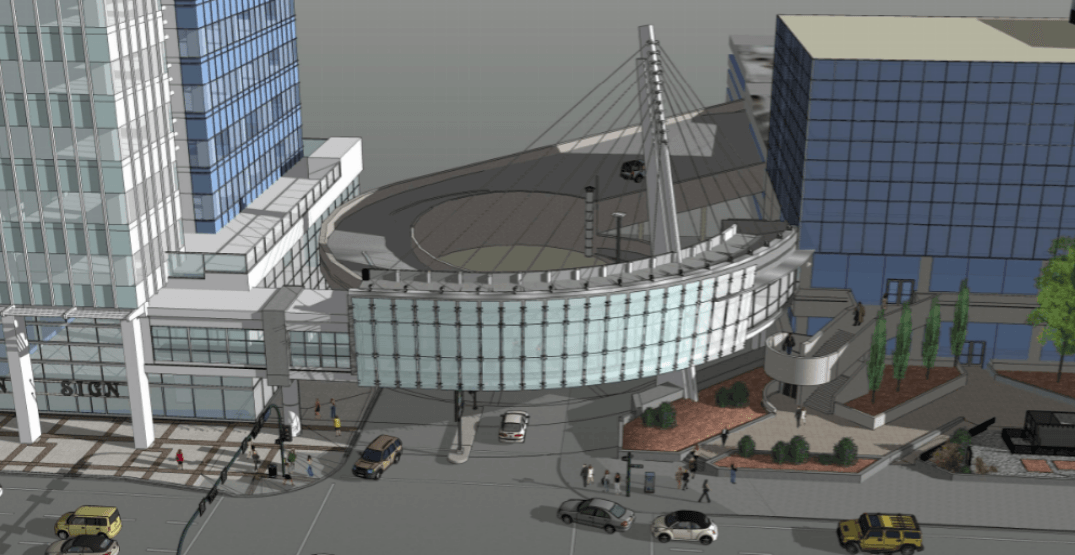 Construction has begun on the newest addition to Calgary’s Plus 15 cross-building bridges and the final result will be curved, bright, and filled with art.

Located on Penn West Plaza at 9th Avenue SW, it will span a greater distance than any of the building bridges in the city. 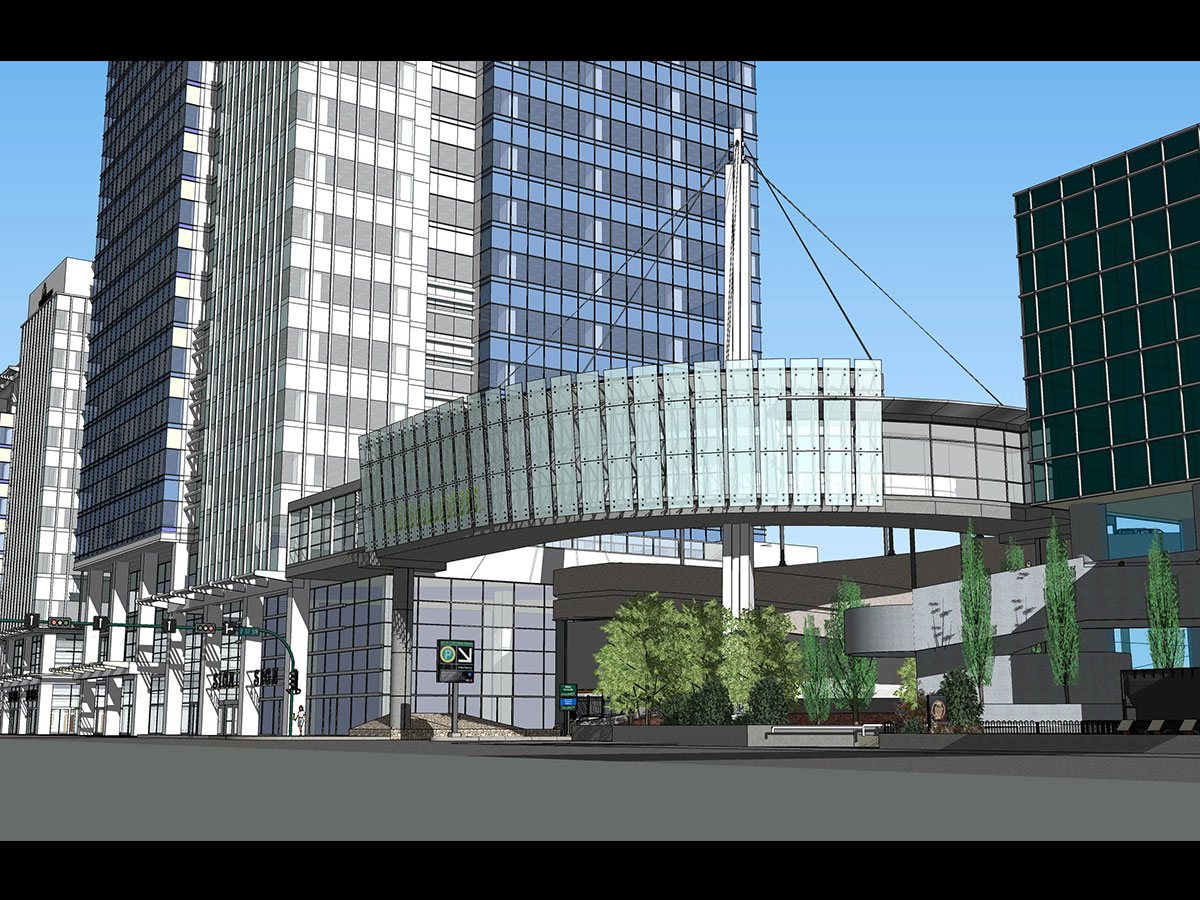 The walkway will wrap around a central spoke with a radial series of cables helping to support the structure. 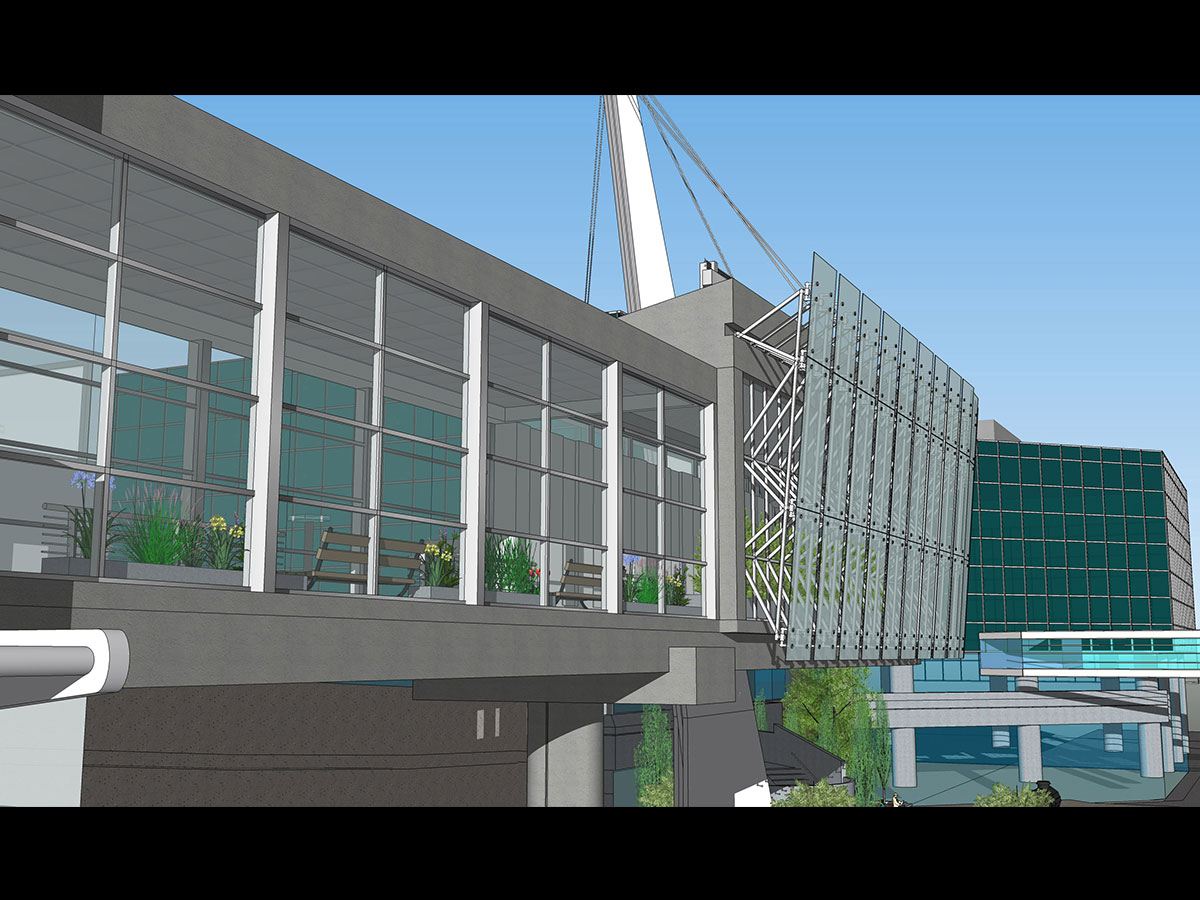 The bridge will connect the Banker’s Hall to the Gulf Canada Square food court and the rest of the Plus 15 bridge network.

Additionally, it encloses the existing parkade ramp that leads into Gulf Canada Square, thereby better integrating the whole system into the cityscape. 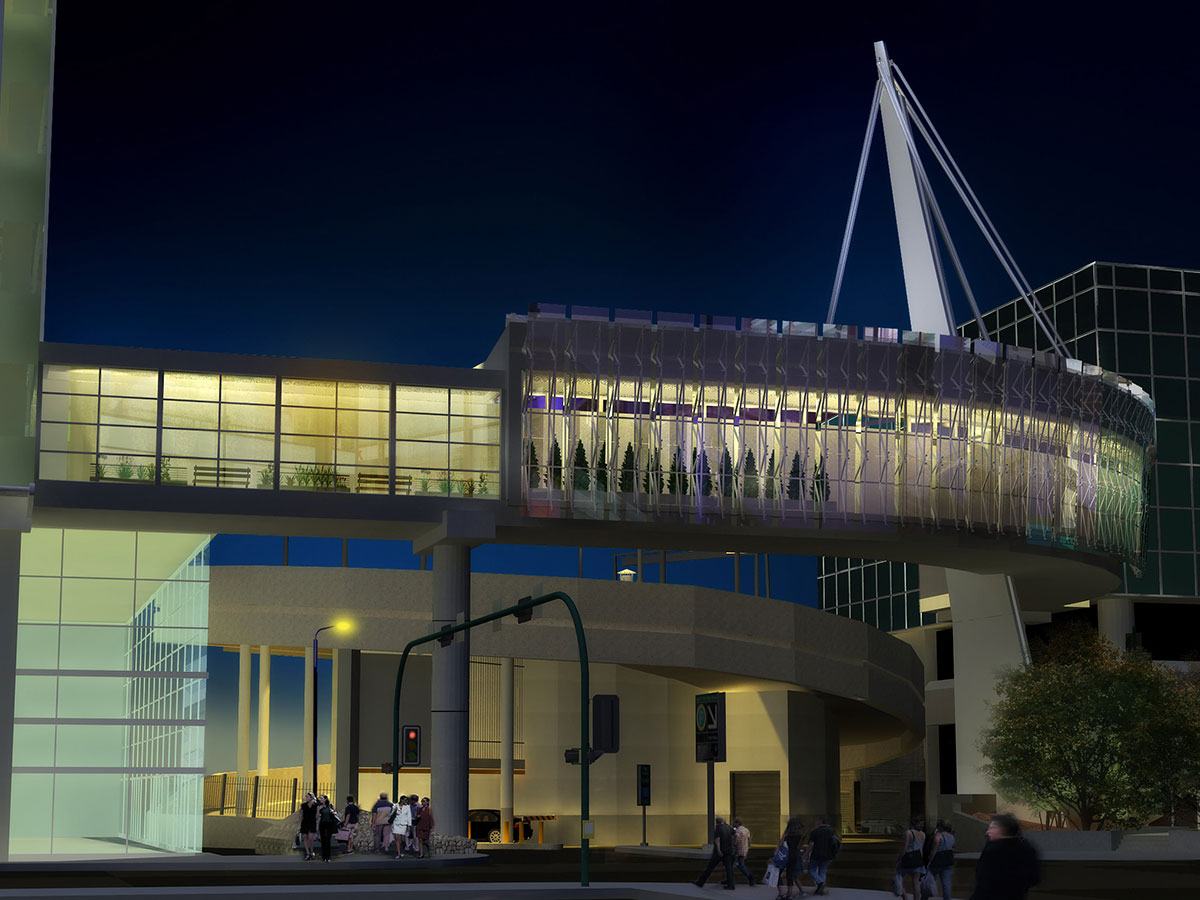 In addition to its curved design, the outside of the walkway with be fitted with LED lighting panels. 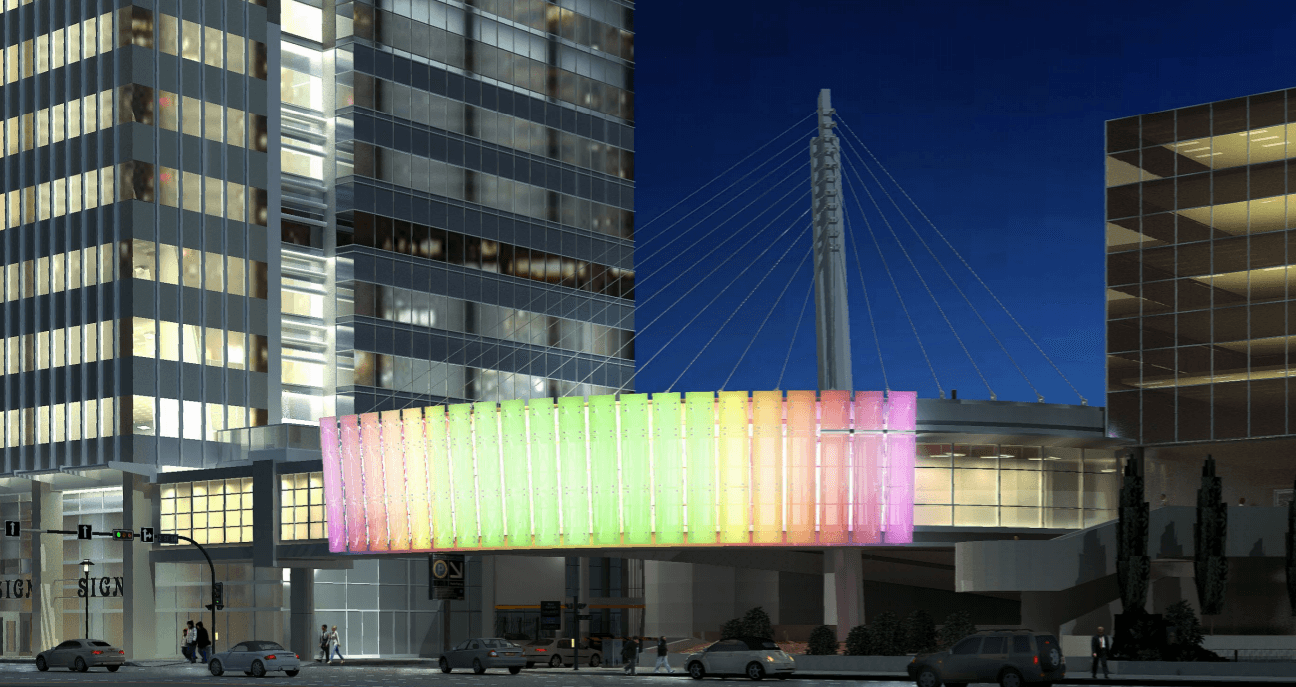 The interior doubles as an art exhibit that pedestrians pass on their way through the bending structure and will also include public furniture. 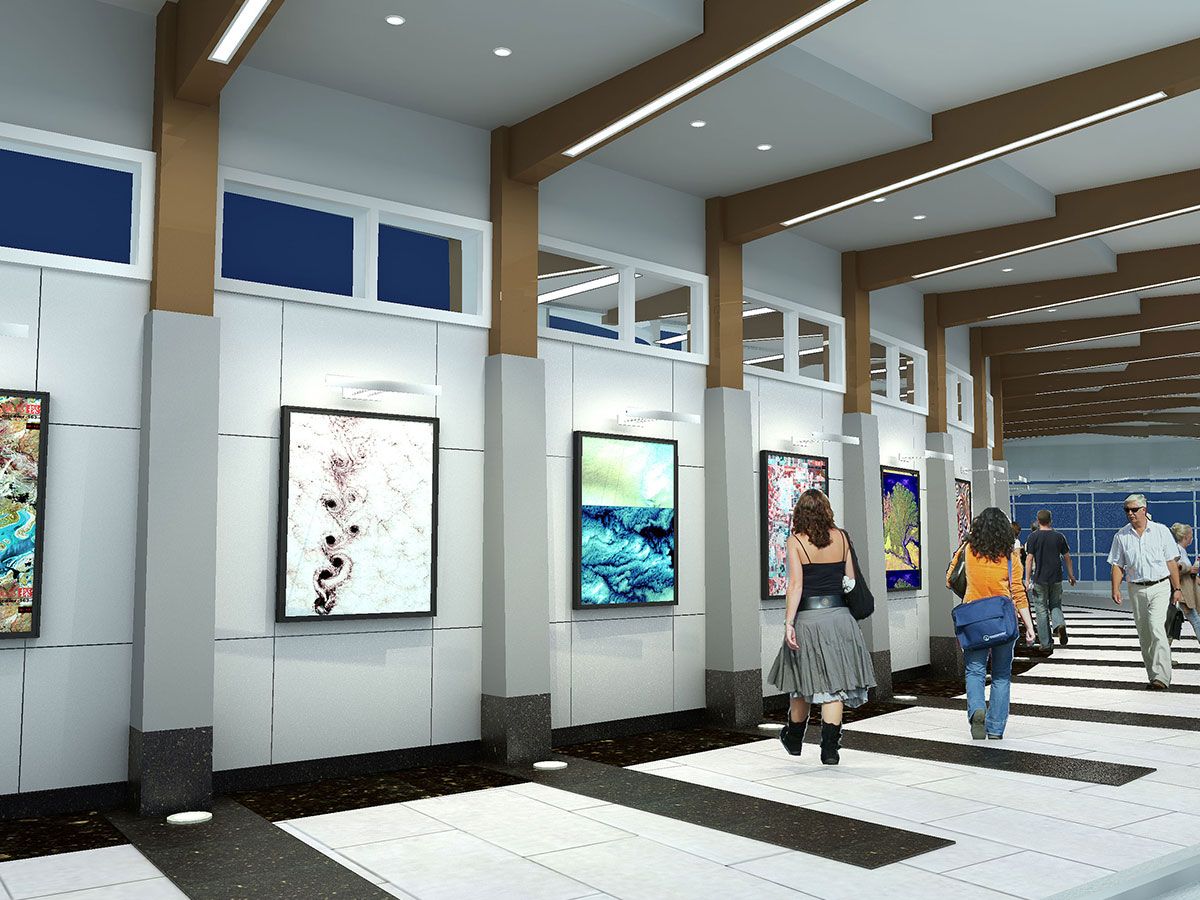 This project is likely to be the first of a few additions to the Plus 15 in the coming years as the city seeks to fill missing links in the system.

The city recently announced that it would be seeking public consultation while it updates its policy regarding the network of 83 pedestrian bridges and the future development of the Plus 15 walkway system.

The Penn West Plaza project is estimated to cost $7 million and will be completed by the end of 2018.