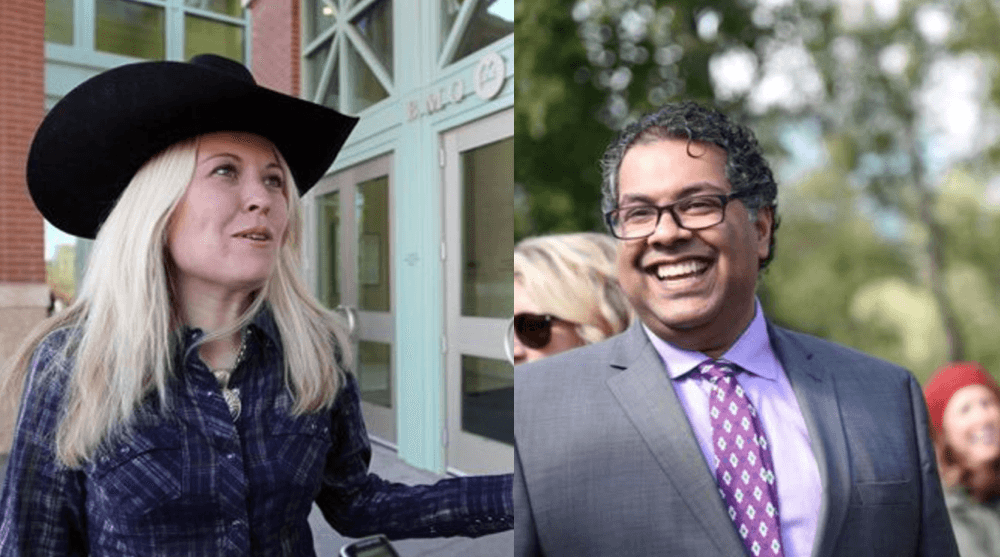 Two well known Calgary politicians and avid twitter users have gotten into a public spat over what was taken as a sexist remark.

It all started on Sunday when Conservative MP Michelle Rempel (for the electoral riding of Calgary Nose Hill) and Mayor Naheed Nenshi tweeted back and forth over the impact of a property tax increase on suburban business owners.

I don’t understand why talking about tax rates, at any level of government, is an automatic pearl clutching taboo topic.

Throwing our hands up &?saying “but but it’s how it is!!” won’t stop businesses from closing their doors and more people losing their jobs.

The duel continued into Tuesday and escalated when Nenshi told reporters that “she was trying to make hay out of something she doesn’t understand.” He went on to say “I’m happy for her to wade in, I’m happy to have her help – but it’s sort of helpful if she actually knows what she’s talking about.”

Then the reporter asked Nenshi what Rempel was confused about and he replied, “She just didn’t understand what was going on. Apparently math is challenging, but hopefully she’ll figure that out.”

For the record, here is the mayor’s response when asked yesterday about Rempel’s concern on prop tax issue. pic.twitter.com/ielCUkiaQT

That’s when all sh*t hit the fan and the Rempelions and Nenshers went to battle alongside their leaders.

I’m truly sorry that came off as sexist. I would and have said the same thing to men in political discourse. https://t.co/e71BuxELy3

But it doesn’t look like Rempel is accepting it as she replied and retweeted with a single ‘lol.’

The conversation, if you can call it that, went on with people on each side insulting the other, some bringing up past tweets in one’s defence and some fuelling the fire.

.@MichelleRempel @askheryyc a literal 5 second search of @nenshi saying “math is hard”. Both others were directed at men. pic.twitter.com/c3gVKg8WSQ

Not sure if this feud is over, but closing remarks seem to have come on Wednesday.

@natashakornak on this we are 100% agreed. But I’m not sure @MichelleRempel, retweeting ppl insulting me, is on that page tonight.

Cuz “math is hard” is ok and I, and taxpayers, should just take it because ego. https://t.co/fQWHB2rlOA

Or because actually accepting an apology and not answering a perceived insult with many far worse insults is maybe a sign of judgment v ego? https://t.co/XHP0xZFKnz

I’m so sorry for not kissing the purple ring on behalf on my constituents who you’re putting out of business. https://t.co/oJODgelvgx