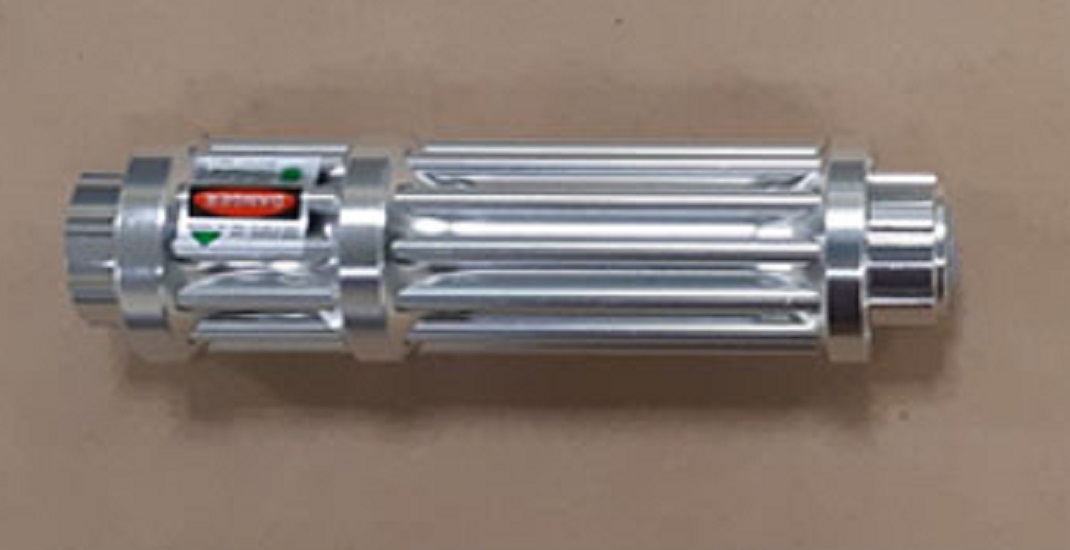 The Calgary Police Service has arrested a man after he allegedly shined a laser pointer into the eyes of a police helicopter pilot.

44-year-old Kamran Sattar was arrested on Friday, July 17 on multiple criminal offences as well as charges under the Canadian Aviation Regulations and Aeronautics Act.

According to a release from the Calgary Police Service, the HAWCS helicopter had been responding to a service call at around 2:50 am on Friday morning when a laser was pointed into the eyes of the pilot.

A laser was also allegedly pointed into the eyes of patrol officers in two different marked police vehicles in downtown Calgary.

It was determined that the laser came from an apartment on the 200 block of 15th Avenue SE, which resulted in a visit from police officers. The occupants refused to open the door, so officers returned with a search warrant that yielded the following, according to the release:

Sattar was arrested and charged with 14 offences including possession of a controlled substance for the purpose of trafficking, obstruction of a peace officer, possession of a restricted/prohibited firearm with ammunition, careless storage of a firearm, and breach of probation, as well as the Canadian Aviation Regulations and Aeronautics Act charges of projection of a directed bright light source at an aircraft and creating a hazard to safety.

“Pointing a laser at an aircraft is a serious offence that we will investigate thoroughly,” says Staff Sergeant Jodi Gach of the CPS District 1 General Investigations Unit, in the release.

“In this case, investigators came together very quickly to identify the offender, and as a result a significant amount of methamphetamine and firearms were seized by police.”