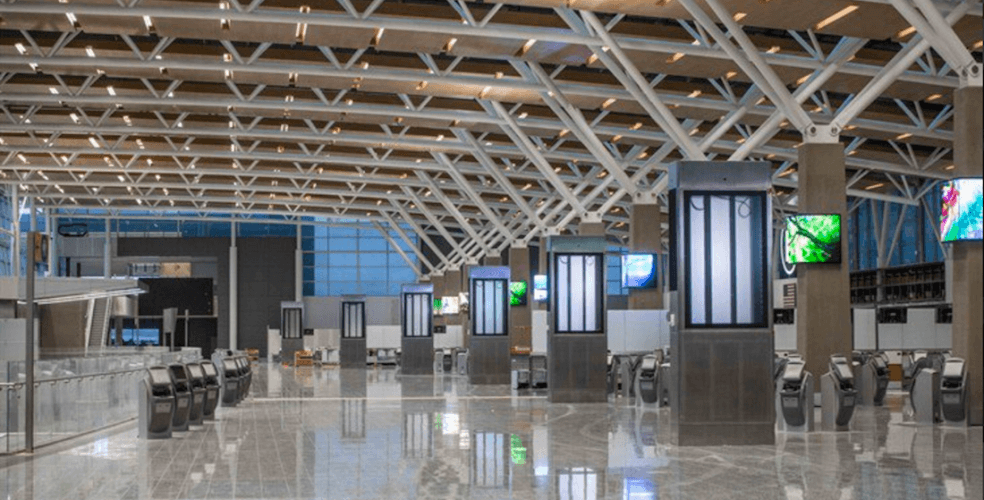 The new Calgary International Airport terminal building for passengers heading to the United States and other international destinations was initially estimated to open the fall of 2015, but it has been delayed one year.

This week, during an annual update to The City of Calgary, Calgary Airport Authority CEO Garth Atkinson revealed the new terminal is largely completed and scheduled to open October 2016.

The $1.6 billion terminal project will feature a new program that will make traveling easier for customers needing to catch international and domestic connections. The indoor Compact Transit System (CTS), a driver-driven passenger and luggage shuttle system, is an electric vehicle that will be available on a scheduled basis and will prevent passengers from going through security a second time.

From now until the fall, the airport will be working on tenant fill-out, testing, and commissioning activities. So far, 20 of the 25 passenger boarding bridges have been installed, all 20 self-bag drop units have been installed, and the connections corridor from concourse C into the International Terminal is complete.

Despite Calgary’s current economic hardships, YYC has not seen a decrease in the number of travellers and airline carriers have yet to pull back on services out of Calgary.

A firm opening date has not yet been confirmed.