The balloon pilots are competing for the Canadian National Championship by flying from one location to another, with the winner qualifying to fly at the Worlds in Saga, Japan in the fall of 2016.

You’ll be able to see the balloons in High River’s skies until Sunday, September 27, and on Friday night, there will also be an event feature called Night Glow, where the balloons will be lit up for viewing.

Keep updated on their flights as the balloons are weather dependent by following their Facebook page. 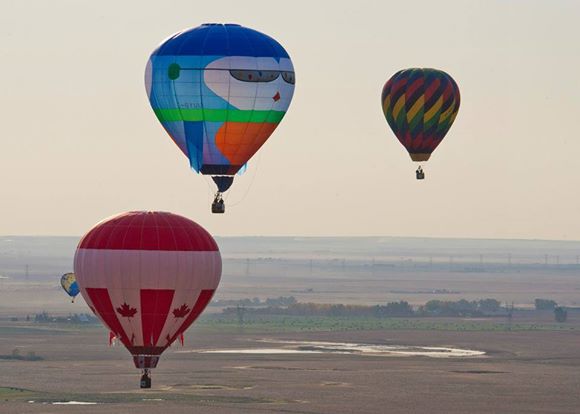 When: Now until Sunday, September 27