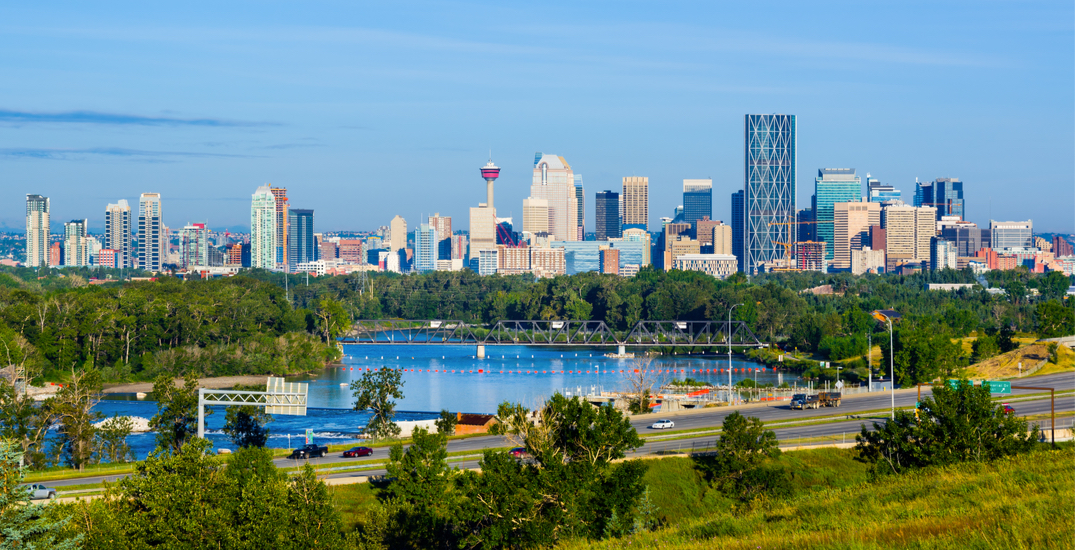 Pull out your sunscreen and stay hydrated, YYC. A heat warning is in effect due to high temperatures in the forecast for Calgary on Monday.

At 4:44 am on Monday, Environment Canada issued the heat warning for Calgary, with extreme temperatures predicted to end tonight. Heat warnings are also in effect for much of southern and central Alberta, and these are likely to continue for the next three days.

“Heat warnings are issued when very high temperature conditions are expected to pose an elevated risk of heat illnesses, such as heat stroke or heat exhaustion,” reads Environment Canada’s website.

Temperatures near or above 29ºC, combined with overnight lows of 14ºC and up, are expected in many areas of the province, and Environment Canada advises taking the following precautions:

It’s 21ºC, feeling like 22ºC, and clear in the city right now, and, according to The Weather Network, Calgary is expected to see mainly sunny skies and a high of 31ºC by Monday afternoon. 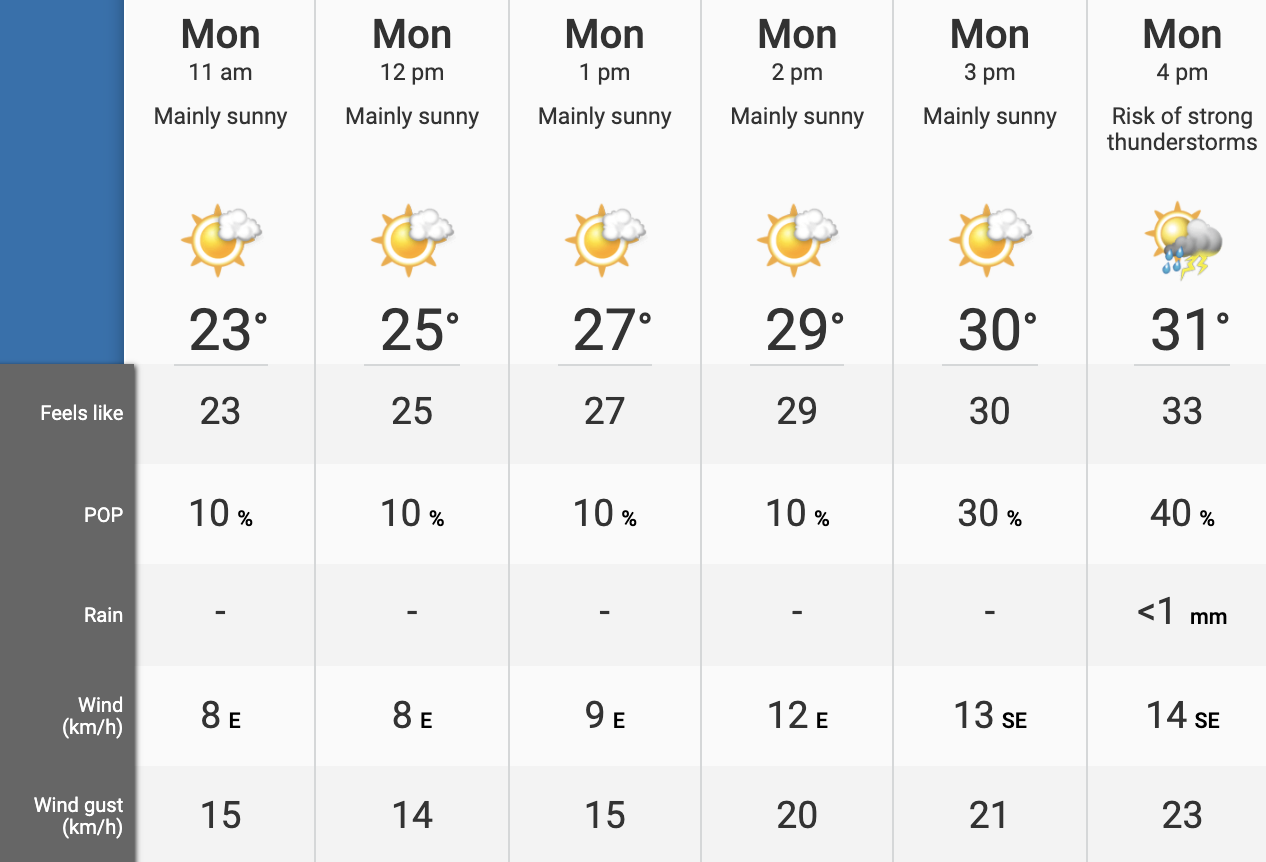 A “risk of strong thunderstorms” is likely as well, beginning at 4 pm on Monday and continuing into the evening.

Environment Canada issued a severe thunderstorm watch for Calgary at 10:30 am on Monday, stating that “conditions are favourable for the development of severe thunderstorms that may be capable of producing strong wind gusts, large hail and heavy rain.”

Tuesday is forecast to cool down a little, with a high reaching 25ºC and a chance of showers and a risk of thunderstorms expected throughout the day. 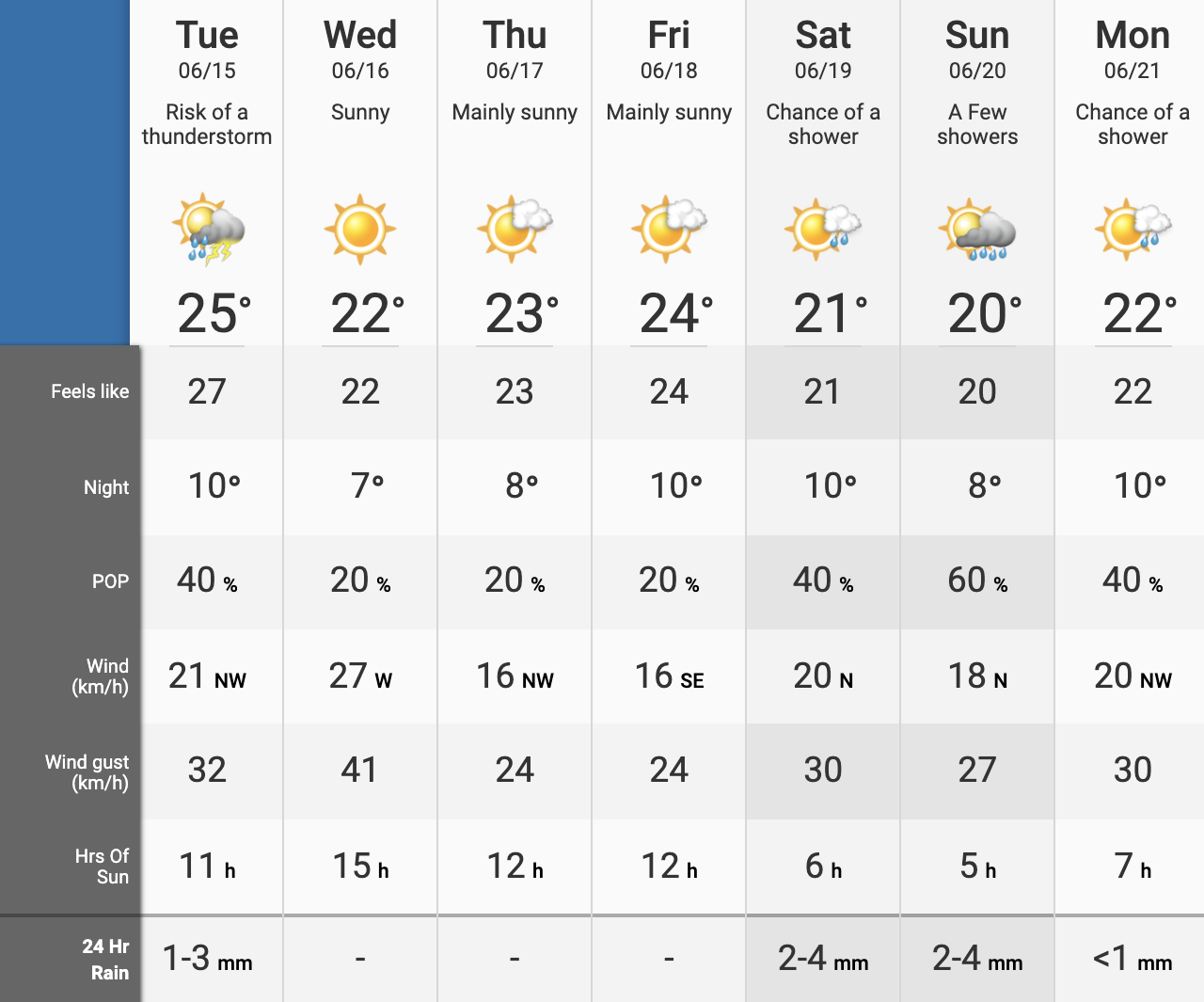 It looks as if the heat warning will be lifted for Calgary after Monday, with a slightly cooler week and a rainy weekend heading our way. We wouldn’t expect anything less from Alberta’s unpredictable weather.