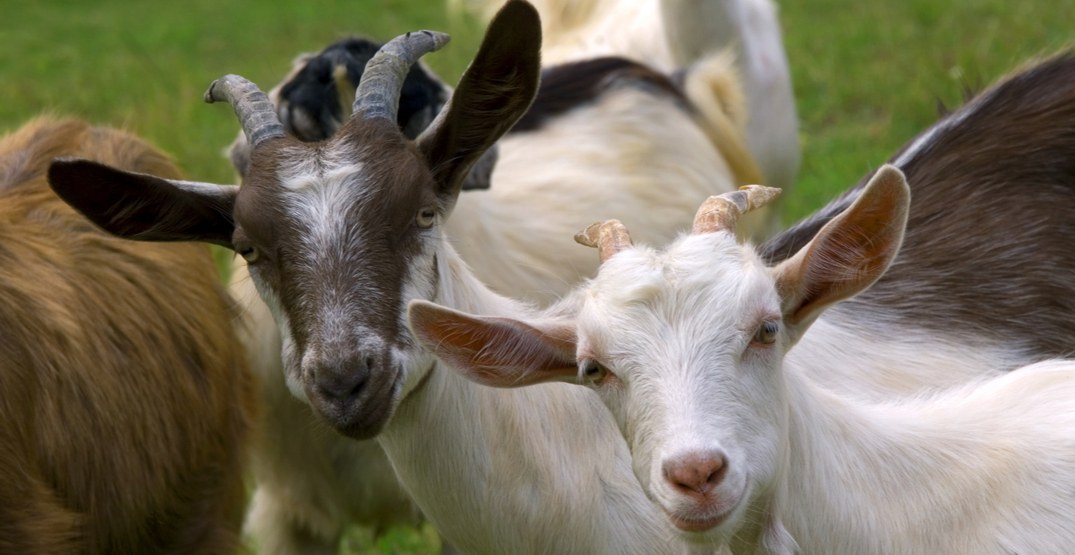 A herd of goats. (Shutterstock)

The City of Calgary has hired 200 new employees, though they’ve all got just one job: eat.

A herd of goats will be hard at work on Calgary’s McHugh Bluff until July 23, working long days to eat weeds, aerate the soil with their hooves, and naturally fertilize the ground behind them, according to a release from the city.

They have been brought on as part of the naturalization process that is underway on Memorial Drive, with the Bluff falling under the council-approved Biodiversity Strategic Plan — a plan that aims to restore 20% of Calgary’s open space by 2025.

The goats are being supervised by a team of shepherds, horses, and dogs as they graze the entirety of the Bluff, which will then be seeded with plants native to the area.

The city has also used sheep grazing for a part of Weaselhead back in 2019 in an attempt to rescue a patch of rough fescue habitat, a declining native grass species.

According to the release, targeted grazing is environmentally friendly, manages invasive plant species, and works especially well for controlling weeds near water and on slopes.

Head out to McHugh Bluff at 200 Memorial Drive NW before July 23 to catch the goats in action.