Calgary-based glassblowers Mandy Patchin and Kai Scholefield love their art. They love it so much they want to take it everywhere they go.

The two recently turned heads when they built a mobile studio into the back of a five-tonne, 25-foot-long, dry box truck. Fitted with the equipment they need and the ability to go anywhere they want, the studio gives their art the exposure it needs, while exposing them to the elements at the same time.

“This past weekend, we were blowing glass and it as like minus five, so that’s definitely makes it a little more finicky,” Patchin told Calgary Buzz. “But it’s also fun, because you don’t know how things are going to act.” 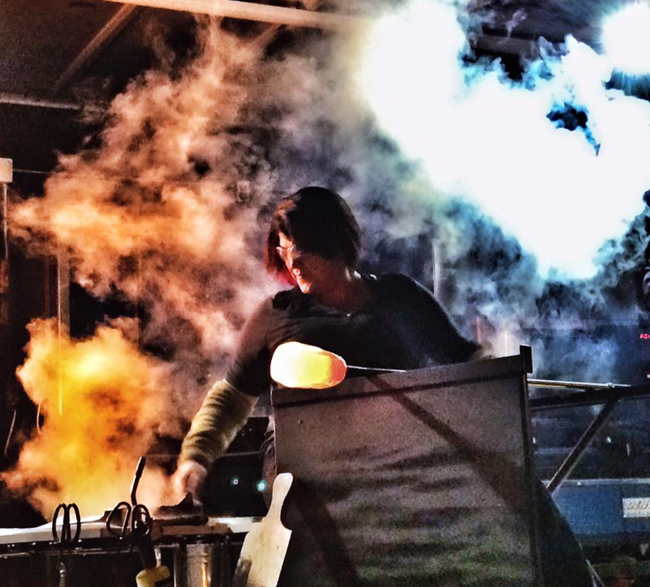 A glassblower for the last four years, Patchin says she was initially drawn to the art for the versatility, creativity, and flexibility it typifies.

“You can just shape it and mold it into any shape that you can think of,” she says. “There’s so many techniques to learn. I could blow glass for 20 years and I’m still not going to be an expert. There’s different ways, different styles, different ways to apply colour, Venetian glass that’s blown really thin, sculptural work… there’s a lot of different elements.”

After becoming consumed by the glassblowing lifestyle, Patchin was desperate to move forward and open her own shop. After partnering with Patchin, the two made the decision to make things mobile. A few test designs later, they landed on the current dry box truck. 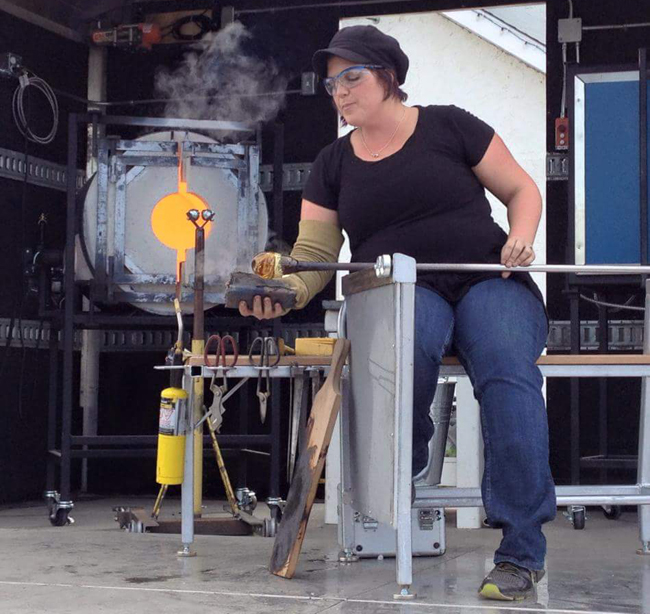 “It’s definitely more challenging for us,” she says. “But I think it’s also a good thing because in the end the rule is be one with the glass, or be able to know the glass more, and eventually it’ll just make us better glassblowers.”

Patchin says hopefully with the truck they’ll be able to get more people interested in the art, and grow the community locally.

“We have the Alberta College of Art & Design, and it’s one of the few schools in the world that offers a Bachelors of Fine Art program for glassblowing,” she says. “A lot of people come around the Calgary internationally to take the program and leave. Seattle is sort of the hub of glassblowing in the States, and we want the same thing here in Calgary.” 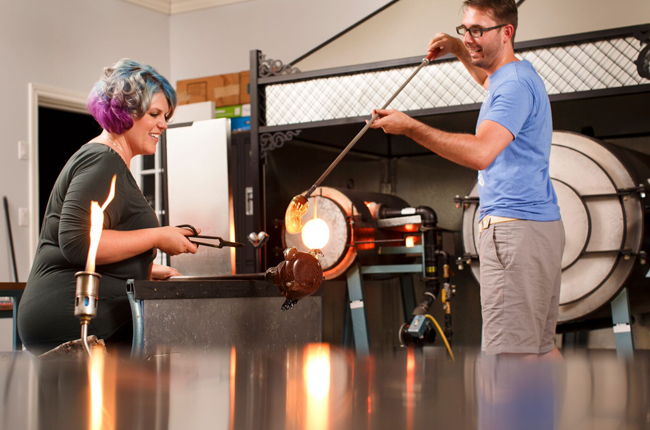