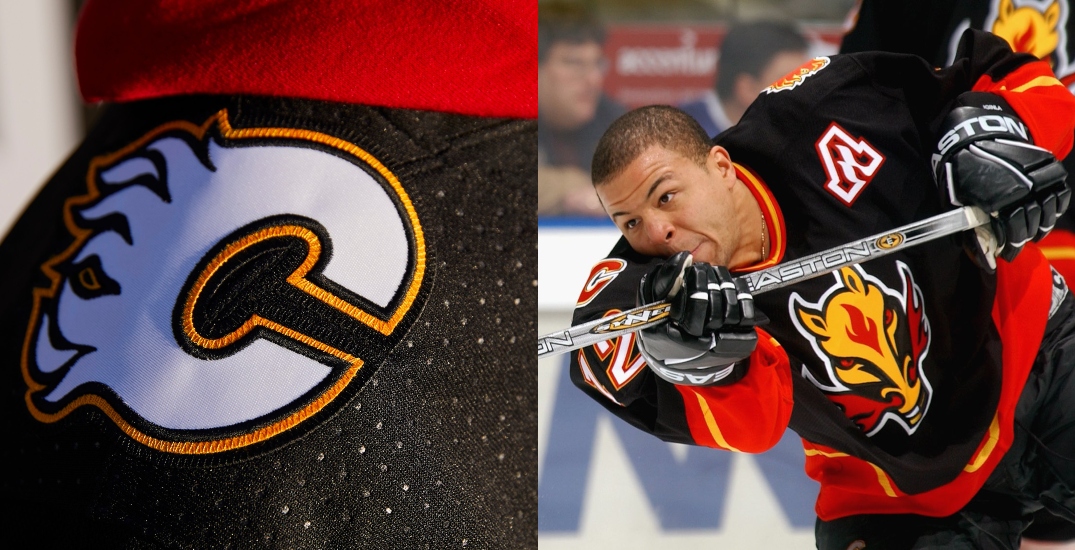 The flaming horse head jersey looks like it will be riding back into town next season.

All 31 NHL teams are preparing to unveil new “reverse retro” jerseys next week, with the Calgary Flames teasing a new black jersey on Thursday. Inside the collar is the number 98, which teams appear to be doing to represent the year of the jersey they’re reverting to.

It all appears to correspond with the “Blasty” jersey unveiled in 1998, which Flames fans have been clamouring for.

While we don’t know what the jersey will look like for sure, it certainly appears the flaming C logo won’t be the feature logo, as it is being used as a shoulder patch.

For reference, that’s what the old flaming horse head jersey had on its shoulder.

The Flames tweeted out “’98 with a modern-day remix,” to describe their new look, so there will be some tweaks to the uniform Jarome Iginla and company once wore. We can see from the teaser photo that a white Flames logo will be featured instead of the traditional red one, while the collar is different too.

We’ll get the full picture on Monday when all 31 teams unveil their new looks.