The Flames announced the firing of head coach Bob Hartley yesterday after four seasons in Calgary.

Remember. Treliving and Burke did not originally hire Bob Hartley.

The firing of Hartley may have been surprising for some, considering his success just one year ago, when the Flames advanced to the second round of the playoffs and Hartley won the Jack Adams Award.

But after finishing 26th in the league this season, it’s understandable to want to shake things up.

Tough day in Calgary. Hartley is a good coach, but can be hard on players trying to grind the best out of them. No rush in hiring new guy.

Here are five coaches the Flames may have their eye on. 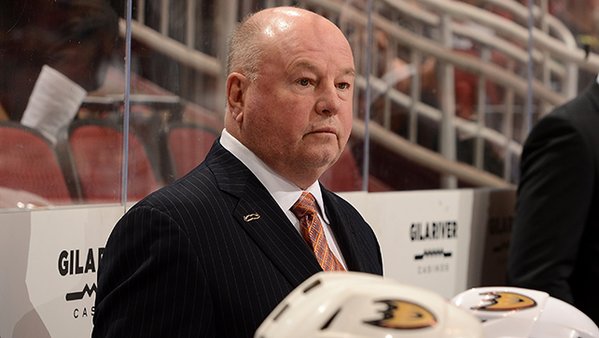 After getting the boot from the Anaheim Ducks coaching position, Bruce Boudreau has instantly become the most high-profile head coach available. And for good reason.

Boudreau’s .659% regular-season winning percentage is the highest of any coach with 250+ games under their belt. That’s higher than guys like Scotty Bowman (.657%) and Joel Quenneville (.616%).

Of course, there has to be a reason for the Ducks to let Boudreau go…

The Ducks' Game 7 loss to Predators dropped Boudreau's record to 1- 7 in those games. ANA first team ever to lose G7 in 4 straight years.

Ah yes, the playoffs. Boudreau’s winning percentage drops dramatically in the playoffs, from .659% to .521%. He has a reputation (somewhat unfairly) of not being able to lead his teams through important games, evident by four straight Game 7 losses on home ice.

But the Flames can worry about performing in Game 7’s later. First and foremost, they need to get back to the postseason. There’ll be other teams wanting him – namely Minnesota and Ottawa – but Boudreau should be top priority for the Flames. 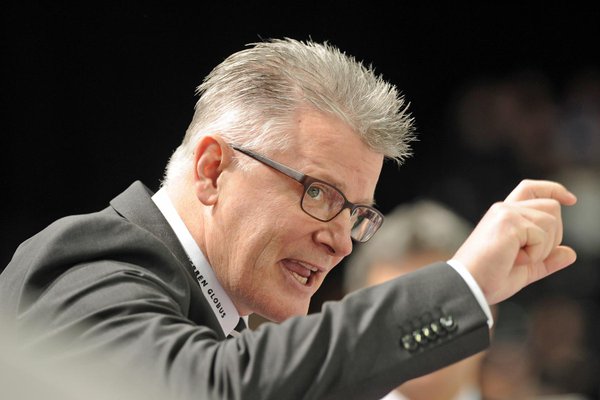 Only 26 people can say they’ve coached at least 1000 NHL games, and only half of those coaches have won a Stanley Cup. Marc Crawford is one of those 13 people.

Having spent this past season coaching Auston Matthews and the ZSC Lions of the Swiss National League, Crawford has made it known he wants to get back into an NHL coaching role.

He’s got a fairly extensive resume, having coached 15 seasons with five different teams, including seven seasons with the Vancouver Canucks. He also has a Jack Adams Award (1994-95) and a Stanley Cup with the Colorado Avalanche (1995-96), although both of those are twenty years old.

He also has history with team president Brian Burke, who hired Crawford as head coach of the Canucks when he was the GM in 1999.

Crawford hasn’t coached in the NHL for five seasons now, so whether or not he’ll successfully transition back to it is a risk. But his experience at the position isn’t matched by many other available candidates. 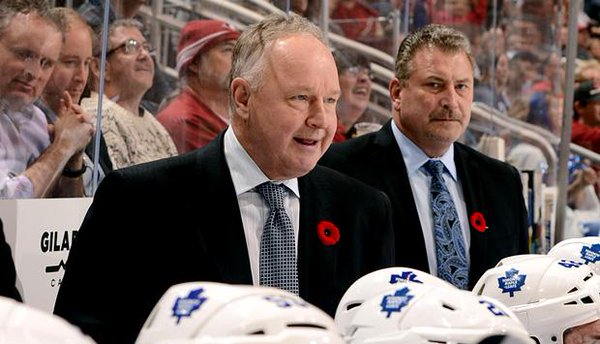 Another coach with over ten years of experience, Carlyle is a bit less removed from the NHL than Crawford. He coached eleven seasons; seven with Anaheim, and four with the Toronto Maple Leafs, before being fired last season. Oddly enough, Brian Burke was the GM for both of those teams at the time of Carlyle’s hiring.

Carlyle won a Stanley Cup with the Ducks in 2007, and holds a respectable winning percentage in both the regular season and playoffs.

It’s interesting to note that when Carlyle was fired last season, the Leafs had a 21-16-3 record and a +9 goal differential. In the final 42 games following his firing, the Leafs went 9-28-5 with a -60 goal differential. They scored 130 goals in the 40 games with Carlyle, compared to 81 in 42 without him. It’s usual for teams to be worse when bringing in an interim coach, but that is a massive difference even by that standard.

You can argue whether or not Carlyle’s systems are a fit for this Flames team, but there’s no doubting there was at least one team that was better off with him than without. 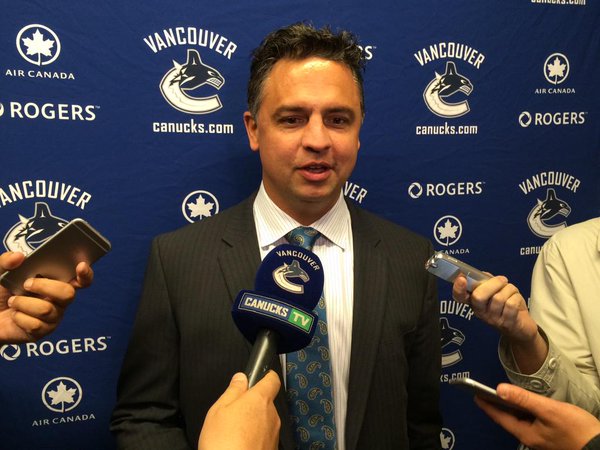 If you haven’t heard of him, I don’t blame you. Travis Green has been making a name for himself these past three seasons coaching the Utica Comets, the Canucks’ farm team in the AHL.

With a somewhat unexpected change in Cgy, it seems more likely Utica coach, Travis Green is going to land one of the NHL jobs.

He’s getting noticed by executives at the NHL level after guiding a fairly average Comets team to the Calder Cup Finals last season. This season, the Comets once again made the playoffs despite losing tons of their key players due to injury call-ups by the Canucks, and not having a true #1 centre for most of the season.

Green has consistently been praised for getting the most out of his players, which is a good thing for any team. He doesn’t have the NHL experience the others do, but hey, everyone starts somewhere.

Kevin Dineen has spent the last two seasons as an assistant coach with the Chicago Blackhawks. Prior to that, he was the head coach of the Florida Panthers for parts of three seasons until being fired in 2013.

He also appears to be the front-runner for the Flames coaching job.

He has over 100 games as a head coach with the Florida Panthers, and was behind the bench for the Blackhawks’ Cup in 2015.

It’s hard to make anything of Dineen’s short tenure as a head coach, but he did make the playoffs in his first season, despite relatively little to work with. His leading scorer was Thomas Fleischmann (61 points) and his goaltender was 35-year-old Jose Theodore.

This coaching choice comes at a crucial time for the Flames. The team will be hoping to get back to the playoffs next season while still integrating young players into the lineup.