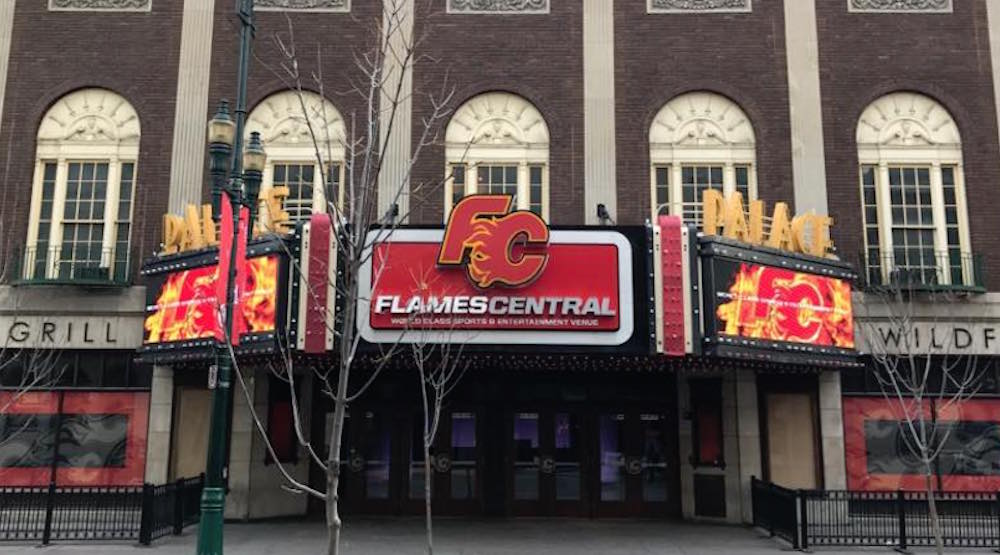 Owners of Flames Central announced on social media that they will be returning to buildings’ original name ‘The Palace Theatre!’

The cat’s out of the bag – We’re excited to announce the return of The Palace Theatre! https://t.co/8iNbd9Sehw pic.twitter.com/g20csWrYGl

“We’ll be officially reopening as The Palace Theatre February 2017 and will be switching over our social media accounts in the coming weeks, but don’t worry – all previously scheduled events & tickets are still good to go. Stay tuned for more information and announcements.”

The Palace Theatre was formally recognized as a National Historic Site of Canada in 1996 and in 2007 the venue changed names when the Calgary Flames partnered with Concorde Entertainment Group to turn the Palace Theatre into a hockey hub.

Built in 1921, it is one of four movie “palaces” still standing in western Canada and was designed by the internationally renowned theatre architect Howard C. Crane.