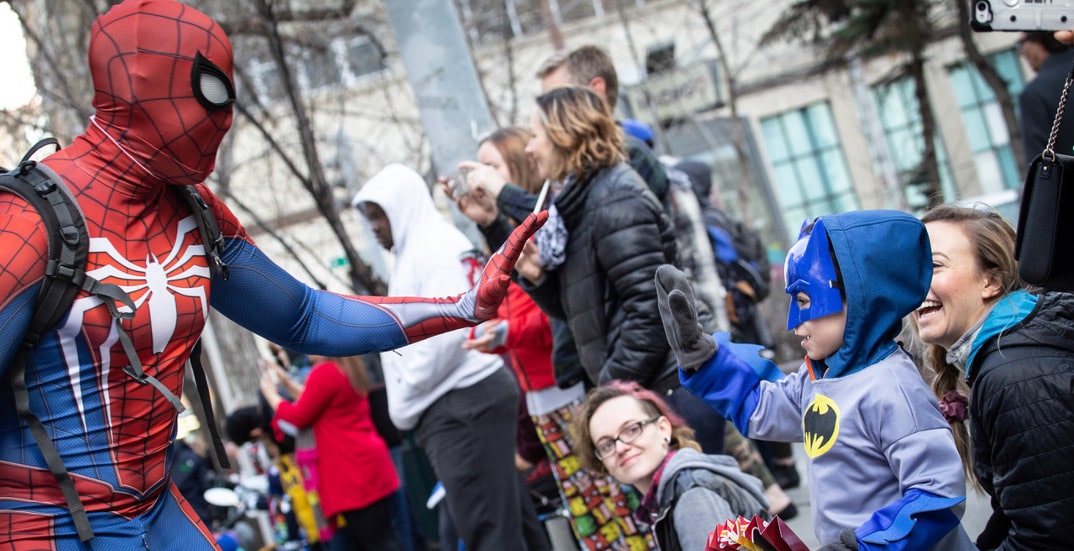 Downtown Calgary is about to be filled with all sorts of superheroes, villains, princesses, and monsters.

Calgary Expo’s POW! Parade of Wonders is coming back to YYC next week for its eighth annual parade. Calgarians and visitors alike are invited to either watch the thousands of cosplayers march down the city’s streets or join in on the fun themselves.

The parade, which is planned to kick off the weekend of the Calgary Comic and Entertainment Expo on Friday, April 22, is an annual event that regularly draws over 15,000 spectators.

Originally created by Downtown Calgary, the free-to-attend parade is marshaled by none other than Mayor Jyoti Gondek and features over 5,000 cosplayers who get to walk in the parade for free so long as they’re in full cosplay.

Andrew Moyes, VP of FAN EXPO HQ, shared that he’s excited for Gondek to help kick off the festivities, and for everyone to come together and celebrate our shared fandoms. 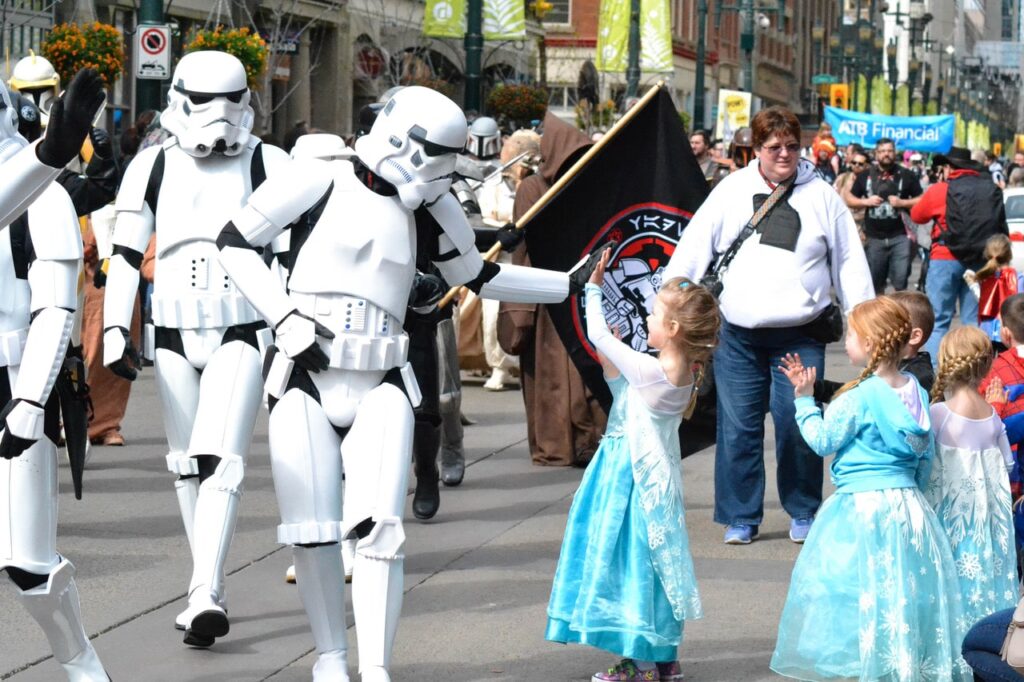 “We’re delighted to report that Mayor Gondek is one of us – a lover of pop culture, creativity, and community and that she accepted our invitation to lead the POW! Parade and kick off the Calgary Expo for the city of Calgary,” said Moyes in a release. “The parade, co-presented with our friends at Downtown Calgary, is one of the highlights of Calgary Expo. Now we can all look forward to seeing what Mayor Gondek will wear!”

Gondek invited everyone to dress up in their finest cosplay and join her in the parade.

Canada’s biggest fandom parade just got another fan! We’re excited to announce that Mayor @JyotiGondek will be the Parade Marshal for the 2022 POW! Parade of Wonders, co-presented by Downtown Calgary.

Join the fun by signing up to walk with us: https://t.co/hdBP6lokhf pic.twitter.com/zmDuxPo96m

“It’s been a long wait, but the Calgary Comics and Entertainment Expo is just around the corner,” said Gondek in a statement. “Whether you’re team DC or Marvel, Kylo Ren or Darth Vader, everyone can come together at Calgary Expo. Put on your finest cosplay and join me as we kick things off with all the sights and sounds of the POW! Parade of Wonders.”

Those who would like to show off their stuff can do so by registering online. POW! Parade of Wonders is free to participate in for individuals and groups that are in full cosplay. Pop culture-themed floats and vehicles are also invited to apply for the parade. 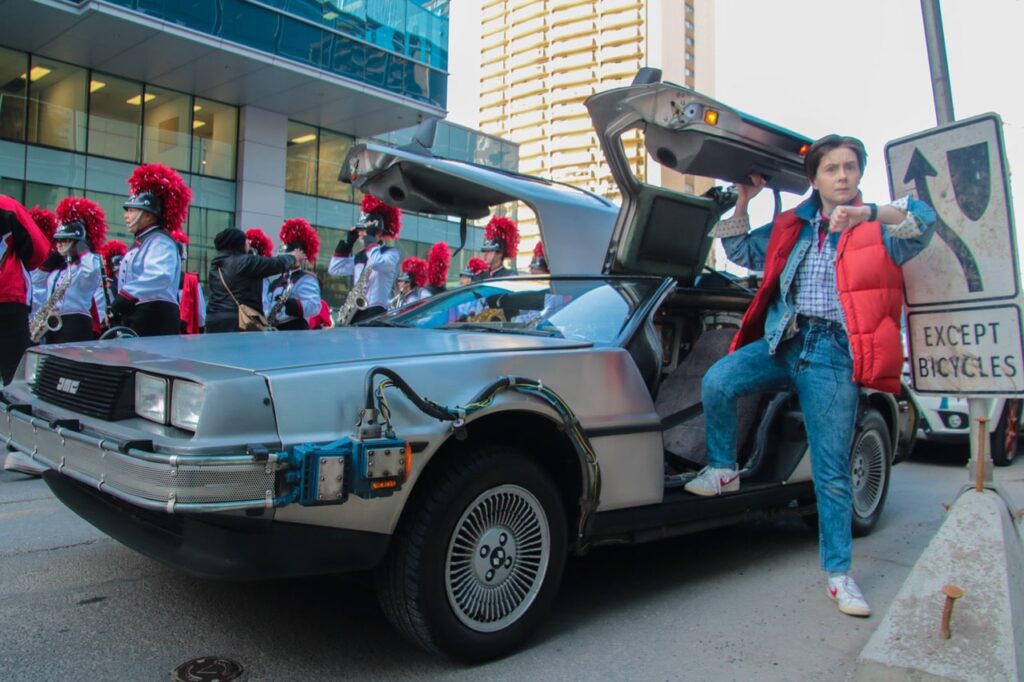 The parade on Stephen Avenue will begin at 10:30 am. Paraders will organizers between 8th Avenue and 10th Avenue starting at 9 am.

The massive cosplay congregation will head down Stephen Avenue from 8th Street and end at Olympic Plaza. While you can watch from anywhere along the route, the fan zone at 1st Street SW is a great place to catch all the action. 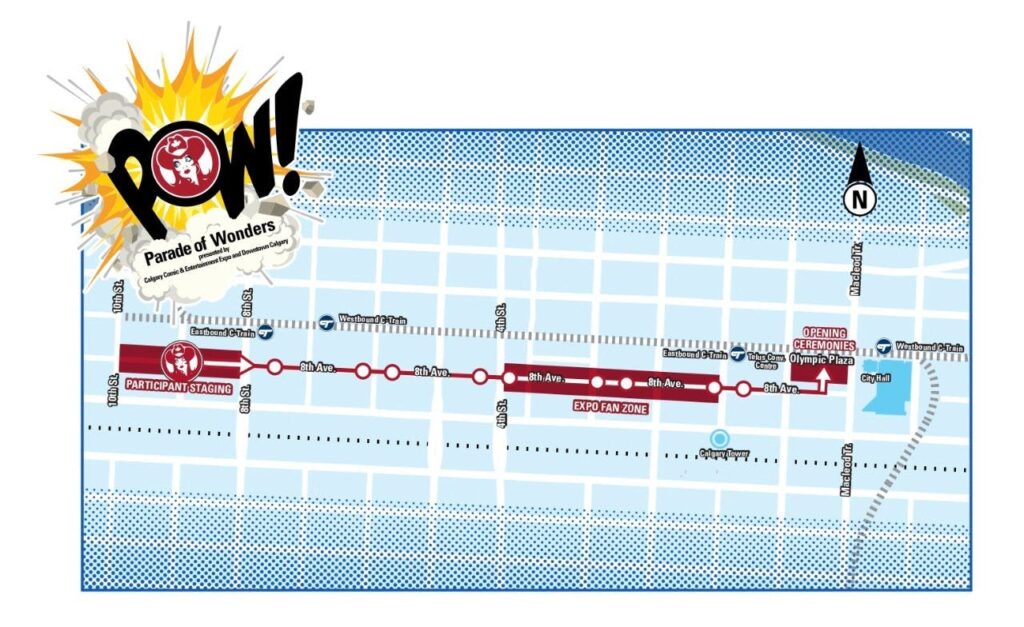 Those watching may be able to see a few of Calgary Expo 2022’s celebrity guests riding along in the event, so keep an eye out. And don’t miss the very special 15th-anniversary Opening Ceremony at Olympic Plaza at approximately 11:15 am.

Take a look below for a few of our favourite moments from the most recent Pow! Parade of Wonders in 2019.