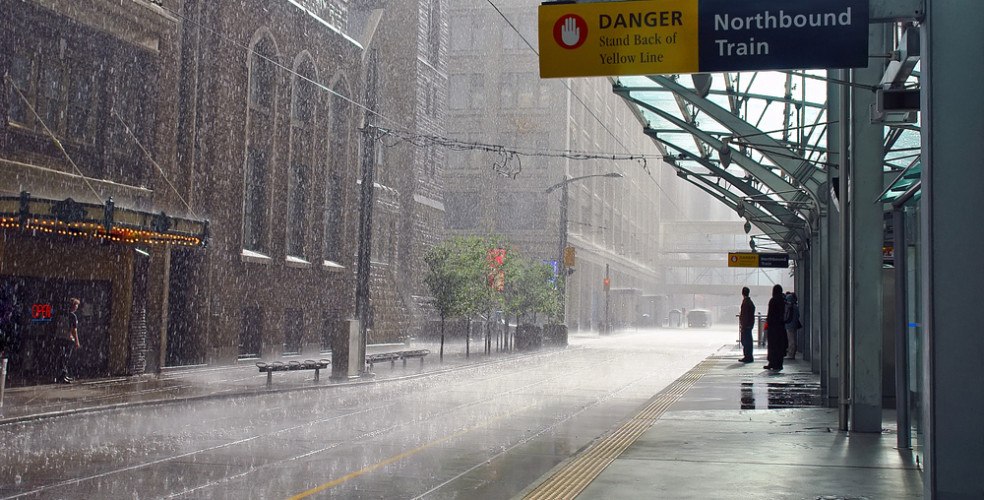 It’s a rainy first day of summer in Calgary.

So rainy, in fact, that Environment Canada has had to issue a rainfall warning for the city.

The warning was first called just after 3 am, but was renewed by 6:21 am as the long episode of heavy rain continued into the morning.

The precipitation is the result of a low-pressure system making its way into the area, with a total of 50 to 80 mm expected to fall by the time it’s all said and done.

Along with the City of Calgary, the regions of Airdrie, Cochrane, Olds, Sundre, Drumheller, Three Hills, Jasper National Park, Kananaskis, Canmore, Nordegg, Forestry Trunk Road Highway 734, Okotoks, High River, and Claresholm have all fallen under a rainfall warning as well. 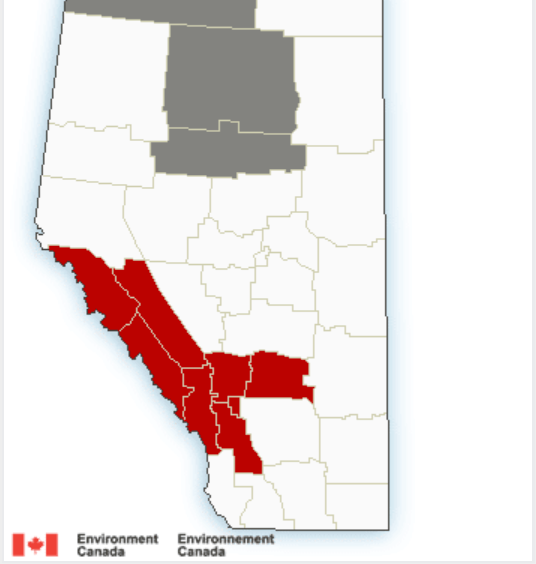 Up to 100 mm is possible for portions of the Bow Valley region, though the weather event is expected to end by this evening for southern foothills and the city.

Of course, Calgary is a pretty big place, so the actual amount of rainfall in any given neighbourhood is expected to vary significantly, according to the warning.

Flash floods and water pooling on roads are definite possibilities this Friday, so take extra care when driving out there, Calgary!