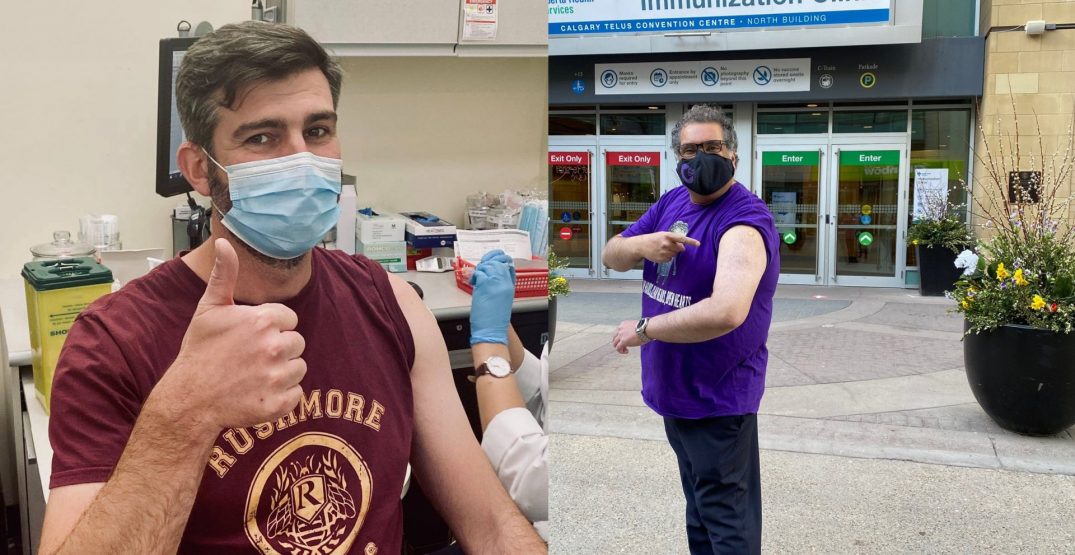 Two Alberta mayors seem to be engaging in a friendly competition over COVID-19 vaccine uptake in their cities.

Calgary mayor Naheed Nenshi was challenged by Edmonton’s Don Iveson over Twitter on Monday evening to a “Battle of Alberta” that has nothing to do with hockey.

The province recently started publishing more detailed data about its COVID-19 vaccine program, including a breakdown by region.

This allows areas across Alberta to track their COVID-19 vaccine uptake among citizens and, for some, apparently also allows an opportunity for a little competition.

Nenshi was quick to take the Edmonton mayor up on his challenge, despite the other city being ahead of Calgary after the “first period.”

In this Battle of Alberta, the “teams” in each region include not only the municipalities of Calgary and Edmonton but also surrounding areas in Alberta.

The Calgary health zone is made up of 14 communities, including Cochrane, Banff, High River, and Vulcan. Edmonton’s zone includes 13 communities, such as Stony Plain, Leduc, and Fort Saskatchewan.

It could be anyone’s game at this point.

Across the province, 1,468,785 doses of the COVID-19 vaccines have been administered as of April 26, and 284,870 Albertans are considered fully immunized.