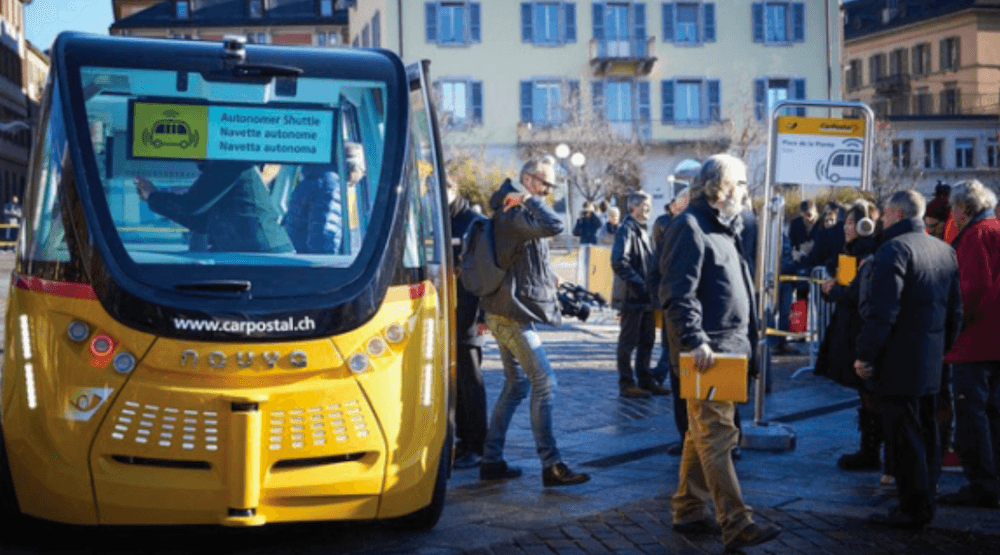 Are autonomous vehicles in Calgary’s future?

A driverless shuttle could operate in Calgary by 2018 if the pilot project presented in today’s City council meeting is approved.

Now, it’s not going to be like you’ll be able to get into a driverless taxi next year, but the proposed plan is to have a driverless shuttle provide a “last mile” connection between the Zoo LRT station and the TELUS Spark Science Centre.

The pilot project would run a low-speed 10-person capacity shuttle which would be separated from traffic by barriers. The maximum speed of these vehicles is generally around 20 km/h, though most vehicles operate at around 12 km/h.

Low speed autonomous vehicles have been trialed in cities around the world however Canada has yet to conduct one. This pilot would be the first test of a fully autonomous passenger vehicle in Canada on public roads.

Several recommendations have been made to council for future steps if the plan is approved including the following:

On July 19th 2016, the Transportation Department worked with the Office of Sustainability and the innovation lab to conduct an internal workshop with business units across The City. Some questions and concerns that came from the workshop were:

The University of Alberta’s ACTIVE-AURORA group will be leading the pilot. The ACTIVE-AURORA group is run out of the U of A’s Department of Civil Engineering’s Centre for Smart Transportation and has successfully established a connected vehicle test bed in Edmonton.