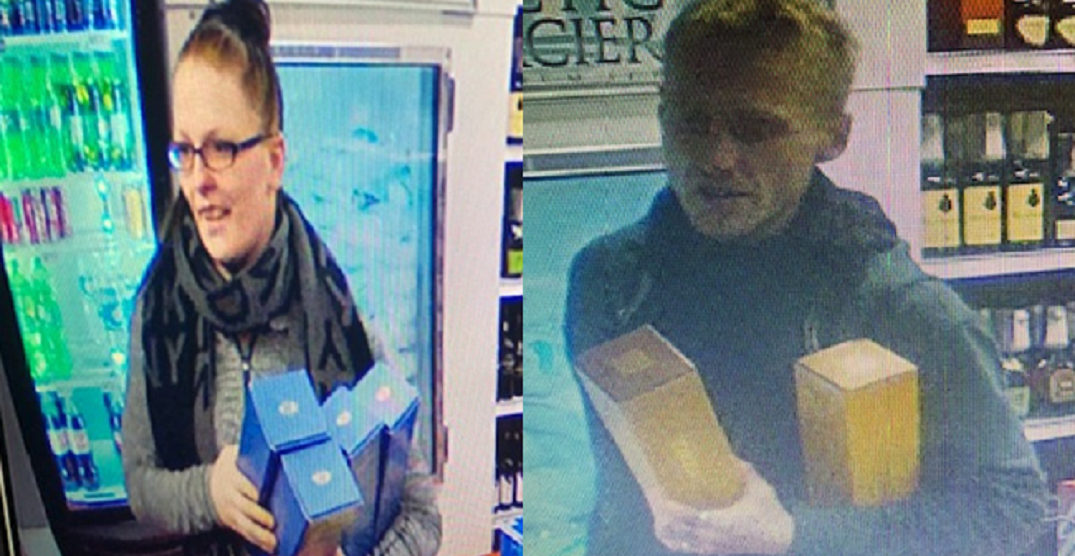 Two people are being sought by the Calgary Police Service after allegedly stealing “high-value liquor” from multiple stores.

According to a release from CPS, the couple had targeted six different liquor stores throughout December, removing high-value bottles of whiskey or scotch before leaving without paying.

Anyone with information on the above incidents or the identites of the suspects is asked to contact the Calgary Police Service at 403-266-1234.

Tips can also be left anonymously through Crime Stoppers by calling 1-800-222-8477 or online at their website.