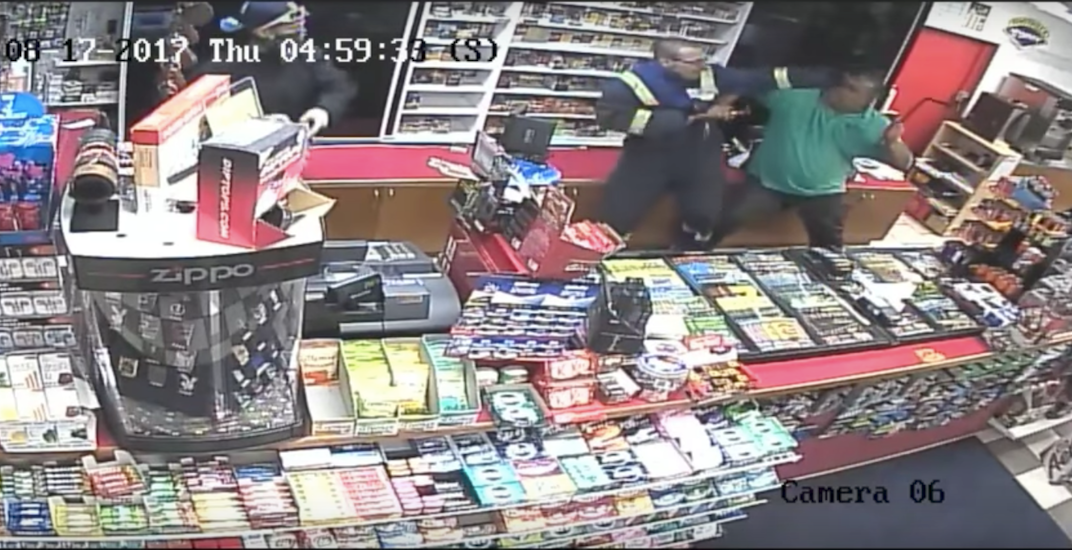 Brandishing a crowbar and a hatchet, the two robbers burst into the store with their faces covered and attempted to steal packages of cigarettes from behind the counter.

The clerk, reported by the Calgary Herald as Nisar Ahmed, initially had his hands up, but once one of the robbers started pushing him, Ahmed began to fight back.

At one point in the video Ahmed can be seen fighting off both attackers at once, grabbing their weapons while being kicked in the face.

Eventually he escaped the store and barricaded the robbers in, throwing full jugs of windshield washer fluid at them through the smashed door before the police arrived on scene.