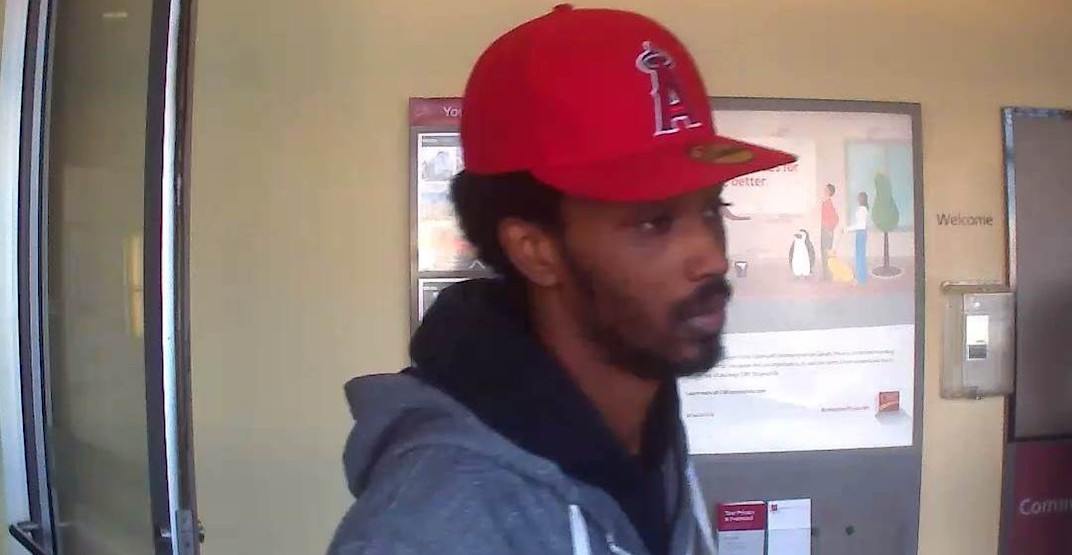 One man is suspected to have robbed four Calgary banks within the past year, according to the Calgary Police Service.

The latest in the string of robberies occurred on Friday, December 1, 2017 at a CIBC on Calgary’s Sunridge Boulevard NE. The same man is suspected to have robbed three different Scotiabank locations in May, March, and February of 2017.

CPS has released a security camera image of the suspect, describing him as “black, between 5’10” and 6’0” tall, with a slim build, brown eyes, and black hair,” in the CPS release.

The release also stated that the man had been wearing a dark New York Yankees baseball hat for all robberies except for the fourth, during which he was seen on security camera wearing a red Los Angeles Angels baseball cap instead.

The suspect was also wearing a grey hoodie and grey sweatpants in a few of the robberies, according to the CPS.

The man is said to have given the banks’ staff a note demanding money before fleeing with the cash.