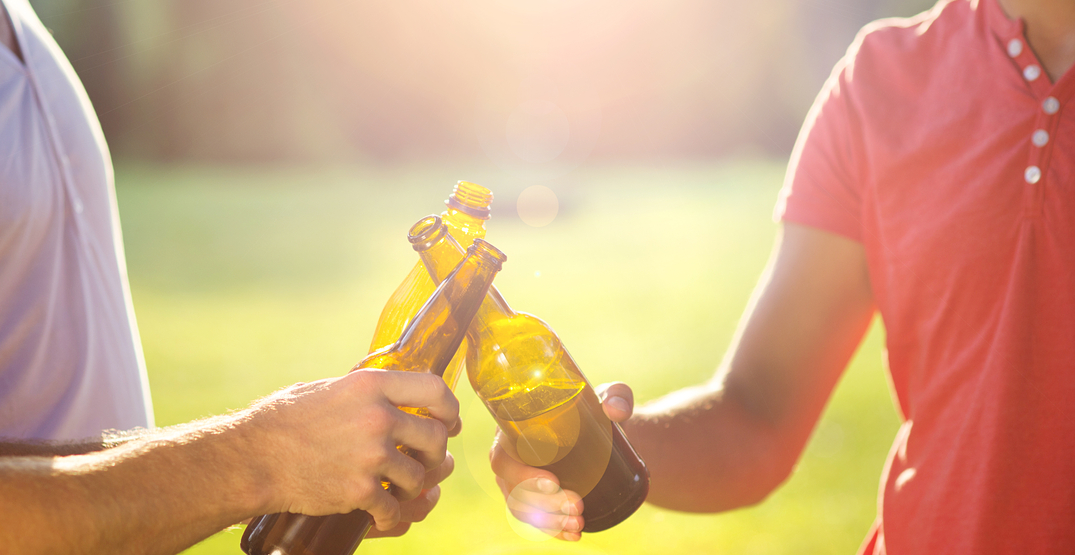 The City of Calgary relaunched its alcohol in parks program this week and there will be more locations where consumption is allowed in 2022.

The pilot program began in 2021, allowing Calgarians to enjoy a cold beer or a glass of wine in select parks around the city.

From June 1 to September 7, 2021, park users were permitted to drink alcohol at designated picnic sites in Calgary. The results of the pilot were presented last November and, clearly, the program was successful, as it’s now returned for a second year.

“Calgarians told us they appreciated being able to have a beer or glass of wine in our beautiful park spaces last year; especially those who do not have their own private backyard,” said Kyle Ripley, Director of Calgary Parks, in a media release from the City.

“We hope this year’s expanded program will encourage more people to connect with family and friends in a natural setting,” Ripley added.

During last year’s pilot program, there were more than 1,500 bookings. City of Calgary surveys indicated that over 65% of Calgarians supported the program, 96% of users found the program was a great alternative to being indoors, and 73% indicated that their park visitation increased because of the program.

Based on feedback, the City has added more individual picnic tables in high-density neighbourhoods to the program, in areas where citizens may not have a private backyard to socialize with family and friends.

As part of the alcohol in parks program, beginning Tuesday, May 10, Calgarians are permitted to consume adult beverages (responsibly, of course) at clearly marked, designated picnic tables in the city’s parks from 11 am to 9 pm.

This year’s expansion to the program allows park users to enjoy a drink in more public spaces, from neighbourhood picnic tables to large picnic sites, in addition to open areas beginning later this spring.

As a part of the “open area” consumption, there will be six entire parks or portions of parks where you can lay down a picnic blanket, go for a walk, or play a game while drinking alcohol. No booking will be required at these spots, and alcohol consumption will be allowed within the area designated by onsite signage.

It’s important to note that alcohol consumption is not allowed at all of the City’s bookable picnic sites. Drinking is only permitted while at designated picnic tables or park sites, which will be marked with the below signage. 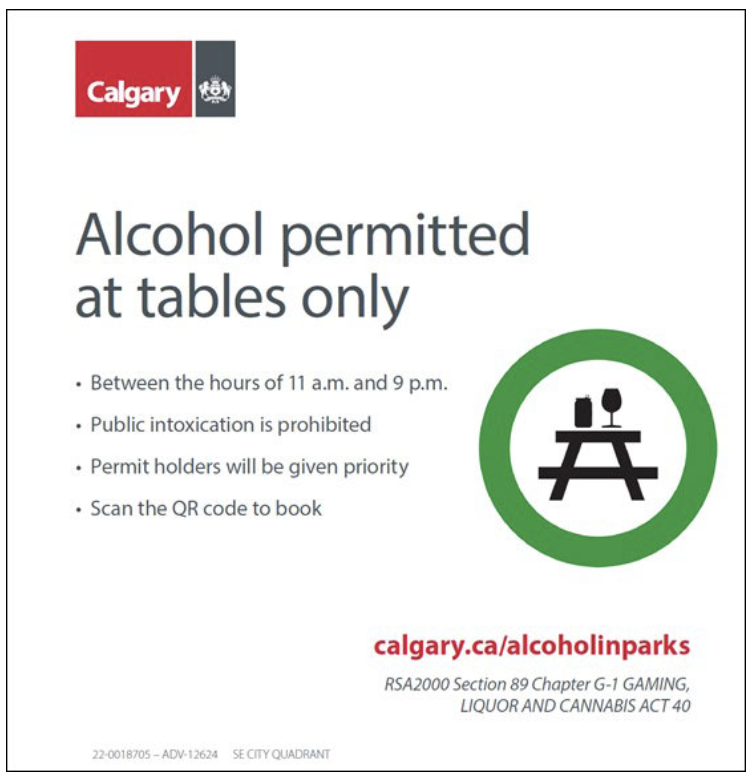 Picnic tables where alcohol consumption is allowed can be found at parks in the following locations.

Select large picnic sites that are located within regional parks and include multiple picnic tables can also be booked in advance (for a fee), or used on a first-come, first-served basis. Again, alcohol consumption is only permitted within that picnic site and not throughout the whole park.

Park users can reserve picnic tables through the City of Calgary’s online booking system in two-hour increments from noon to 9 pm.

The City of Calgary reminds users that public intoxication remains prohibited and driving after consuming alcohol is illegal. If an issue arises, citizens can call 311, and incidents will be addressed through education or enforcement. If issues persist, then sites could be removed from the program.

All alcohol-designated sites are distanced from playgrounds and most of the sites don’t have washrooms nearby, so the City suggests planning ahead.

Find out all of the locations where you can drink alcohol on the City of Calgary’s website.