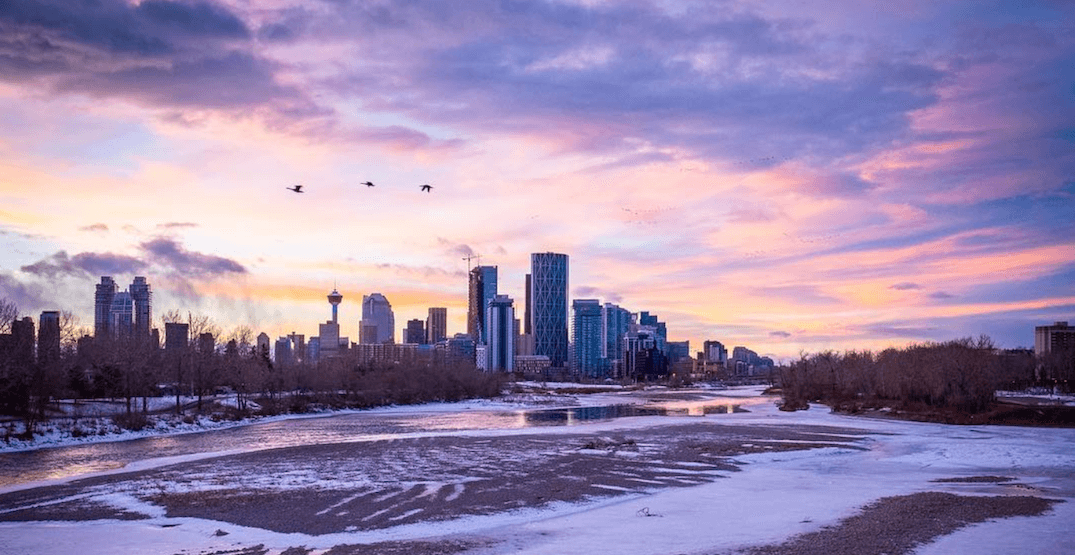 Sure, the temperatures have plummeted down to -25°C (-40°C if you factor in the wind chill), but it’s not like you’ll see Calgarians complaining.

Sitting further north than most of Canada’s large cities — we said “most,” Edmontonians — Calgary is no stranger to cold winds, chilling temperatures, and snow-covered landscapes.

While the yuppies on the other side of the Rocky Mountains might shut their city down at the first sign of snow, Calgarians persevere, even going so far as taking a leisurely bike ride in these so-cold-you’re-risking-frost-bite temperatures.

It’s not that the wintery weather is being ignored completely, of course, but rather that Calgarians seem to have a humorous handle on the place they live, and just how cold the winters here can really get.

How do we get them to turn on the Calgary tower just to warm things up for a few minutes? pic.twitter.com/R98CcNiryK

To honour the Winter Cycling Congress that opened today in our hometown, Calgary, Alberta, Canada – we offer our “comprehensive” Winter Cycling Tips and Tricks. Enjoy! And to all the Delegates in Calgary – have fun in our beautiful bike city! #yycbike #wcc2019 @WCCCalgary2019 pic.twitter.com/FOLs2Dlone

It’s SO MUCH FUN! #Calgary #yyc #abstorm. Something fun to do when it’s this cold! pic.twitter.com/Zz7llxCVjB

Unsurvivably “feels like -37” cold in Calgary today, and I finally understand the rest of Canada’s annoyance with Vancouver weather. pic.twitter.com/Wy3nJ2K0xQ

“How cold is it in Calgary?”

Well twice today, I saw a person running & couldn’t tell whether they were working out or sprinting to get inside so they didn’t die.
#yyc #winter #itsabitnipply