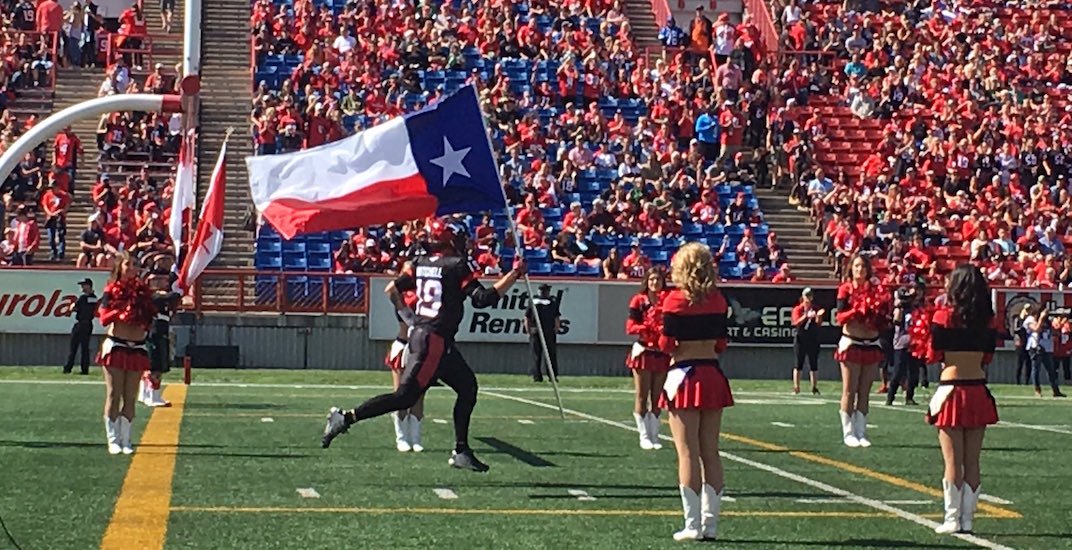 Bo Levi Mitchell must have a lot on his mind these days.

The native of Katy, Texas – a suburb of Houston – was hit hard by Hurricane Harvey and is still dealing with the flooding that ensued.

Mitchell showed everyone that the tragedy back home is close to his heart by carrying out a Texas flag before the Labour Day Classic at McMahon Stadium.

The Stampeders quarterback hasn’t let off-field distractions affect his play, as he has his team rolling. That was the case on Monday, as they destroyed the Edmonton Eskimos 39-18 en route to their sixth win in a row.

Calgary has dominated their rivals over the last number of years. The Stamps have won eight of their last nine Labour Day games, and 15 of the last 17 Battle of Albertas.

The Stampeders will look to add to Edmonton’s punishment at the rematch on Saturday at Commonwealth Stadium.