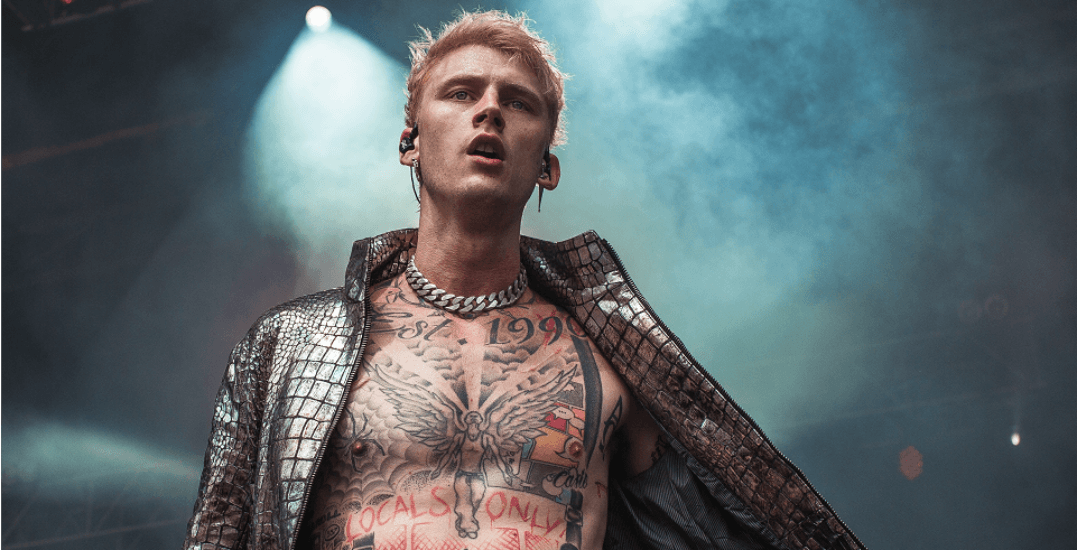 Dust off your boots and get your Canadian tuxedo ready for Calgary Stampede because it’s all kicking off next week.

People from all over the world are expected to attend this year’s Stampede as the city transforms with atmospheric events happening around every corner. This includes the biggest parties at the brand new Badlands Music Festival.

Badlands also announced the headliner for the festival, Machine Gun Kelly who will be performing on Saturday, July 13. The rapper’s newest release “I Think I’m Okay” with YungBlud and Travis Barker, is soaring in the charts and broke one million views on YouTube in 24 hours. 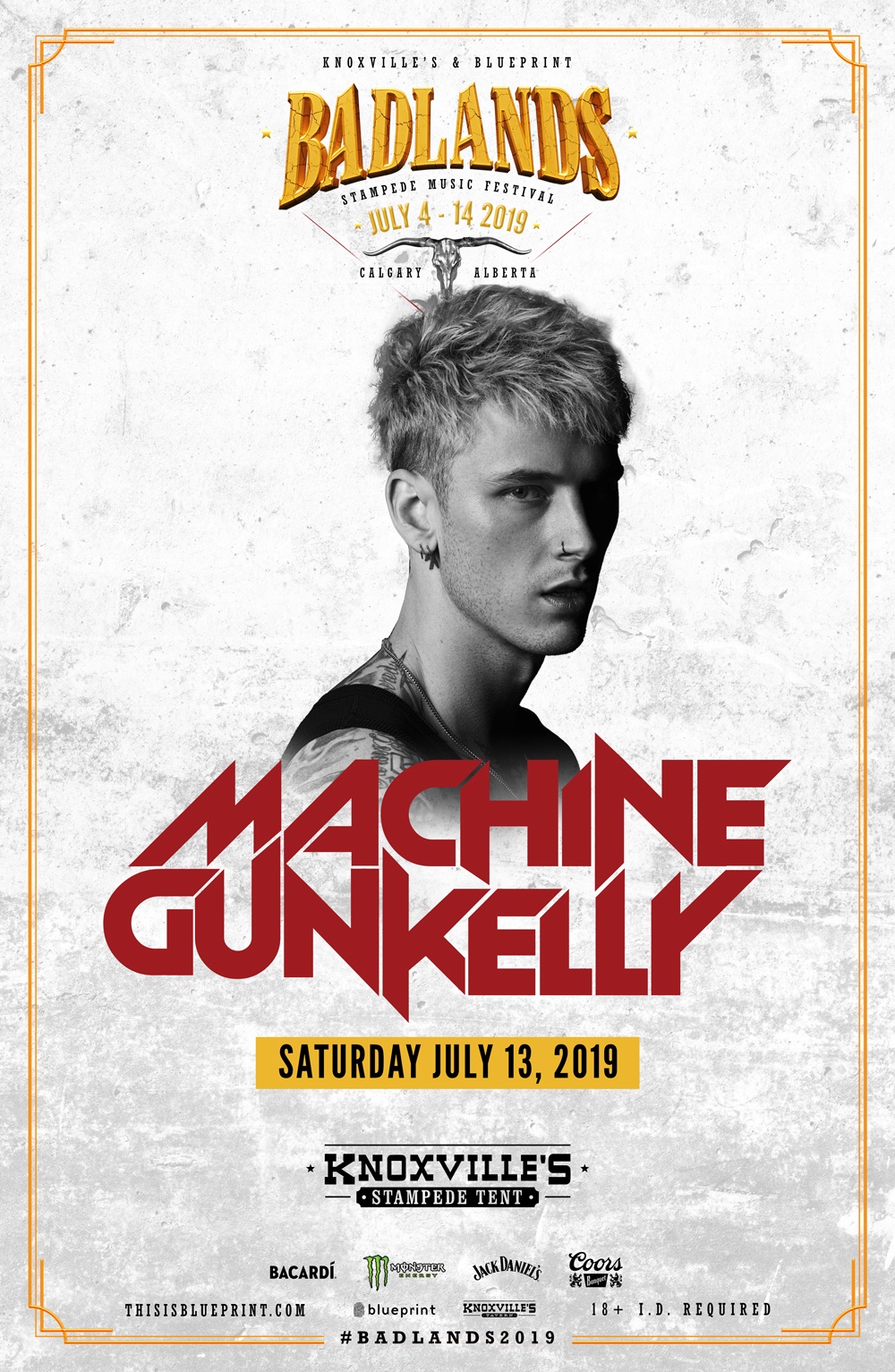 “I Think I’m Okay” is the lead single off Machine Gun Kelly’s fourth studio album which is set to drop July 5, ahead of his Badlands Music Festival performance. In the last year, the artist has created a buzz with his ongoing rap feud with Eminem which led him to produce a diss track called “Rap Devil.”

Joining the rapper at Badlands Music Festival will be artists including DJs Tiesto and Kaskade, RL Grime, country music stars Gord Bamford and Tim Hicks, and DJ Pauly D. This diverse lineup means that Knoxville’s is going to be your go-to spot after hitting the Stampede.

Tickets to Badlands Music Festival are available via the official festival website, but you could win two free 10-day passes by entering the contest below. 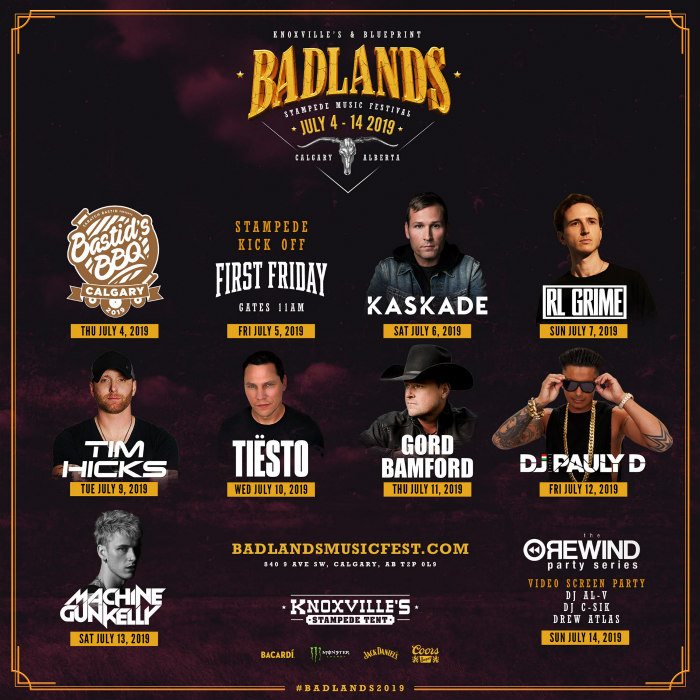 Enter for your chance to win a pair of 10-day Outlaw Passes (general admission to all events) for Badlands Music Festival.

To enter for your chance to win a pair of ten-day Outlaw Passes (general admission to all events) to Badlands Music Festival, do the following:

Contest entries will be accepted from the time and date of publishing until 11:59 pm on July 1, 2019. One winner will be chosen at random and contacted through the platform they used to enter.