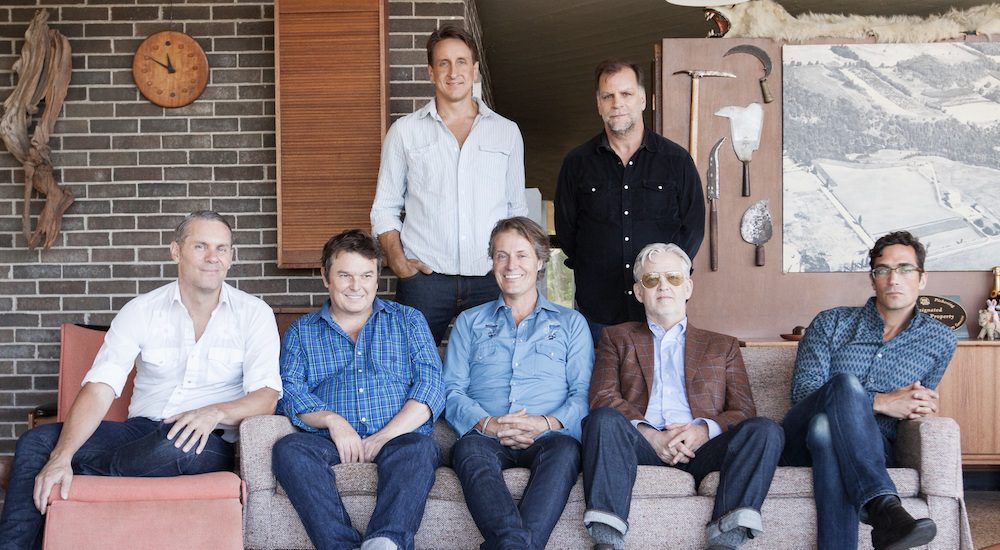 Countrified rock favourites, Blue Rodeo, return to The Banff Centre this summer for an outdoor concert in the spectacular Shaw Amphitheatre on Sunday, July 10. They’ll perform against a backdrop of stunning mountain vistas with special guests, the Samm Bailey Band.

For close to thirty years now, Blue Rodeo has taken the road less traveled – and succeeded far beyond anyone’s expectations. The band emerged in the mid-80s in an era of hair, metal, and glossy pop, and despite the flop of their first single, has gone on to sell over 4 million records, win multiple JUNO Awards, and tour theatres and arenas around the world. Now after 13 studio albums, the Canadian Music Hall of Fame band has become one of this country’s most successful – both critically and commercially.

Set to release his self-titled debut EP on July 1, Samm Bailey is the sugar to Blue Rodeo’s spice. Growing up, Samm split his time between Halifax and Alberta, and was exposed to a soundscape that spanned seven provinces. Now he calls the Rocky Mountains home.

With overnight packages available from The Banff Centre, it’s the perfect weekend getaway. The package will get you two tickets, overnight accommodation, and breakfast for two starting at just $369 plus fees and taxes.

Tickets are on sale now via The Banff Centre.