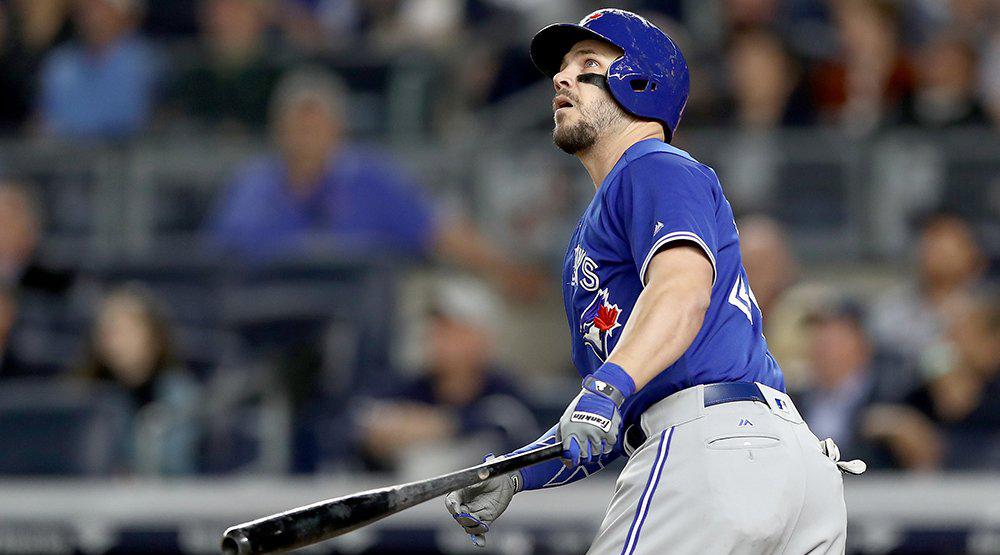 They started by shipping off one of their veteran outfielders to a division rival; the Blue Jays dealt Steve Pearce to the Boston Red Sox for infield prospect Santiago Espinal. Toronto also sent cash to Boston in exchange for this player.

We have acquired SS Santiago Espinal from the Boston Red Sox in exchange for OF Steve Pearce and cash considerations.

The Blue Jays signed Pearce to a modest two-year, $12.5 million deal during the 2016 offseason. As a pending free agent on a non-contending team, Pearce was basically destined to be traded before season’s end. The fact that the Jays got anything for the 35-year-old is a win for the club.

He made multiple trips to the disabled list during his time in Toronto and only played 118 games with the Blue Jays. After the club signed veteran outfielder Curtis Granderson, Pearce was relegated to a part-time role as one half of an outfield platoon.

Pearce essentially becomes a fourth outfielder or pinch hitter for the Red Sox as they continue to build upon their 2018 postseason push. The veteran infielder/outfielder has traditionally hit left-handed pitching very well, to the tune of a .264/.346/.494 slash line. While he may not be an everyday player anymore, he’s an attractive right-handed bat to have in a lineup against a lefty starter or reliever.

In exchange, the Blue Jays essentially get a lottery ticket in the form of Espinal. He’s a High-A infield prospect who’s still miles away from making a difference on a Major League roster. However, Steve Pearce was likely to walk at the end of the year as a free agent anyway, so at least the Blue Jays got something in return for him.

More importantly, this trade signals the Blue Jays are open for business as the July 31st non-waiver trade deadline approaches. The club has a slew of players on expiring contracts, including starting pitchers J.A. Happ and Marco Estrada and relievers Tyler Clippard, Seunghwan Oh and John Axford. If the Blue Jays really want to get creative, others like Kevin Pillar, Justin Smoak and Ryan Tepera may also be on the trading block.

By dealing Pearce this early in the season, this likely means many more Blue Jays players will be on the move in the coming weeks. Happ is the club’s most attractive trade chip and could fetch a decent prospect or two in return.

He’ll immediately jump onto one of the biggest contending teams in the American League East, while the Blue Jays are on track to miss the postseason for the second consecutive year.