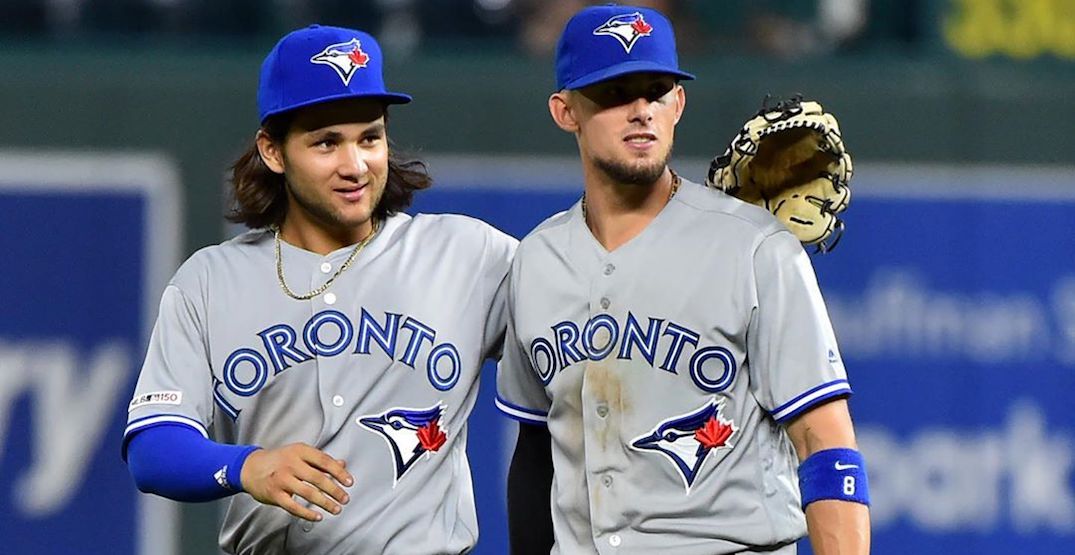 I’ve been a baseball fan for almost my whole life. Some of my favourite memories involve sitting in the scorching bleacher section at Exhibition Stadium on a July day, the back to back World Series, the incredible run in 2015. Indelible moments of the beauty of the game.

And I’ve never wanted the sport to be played in Toronto less.

With the news today that it’s likely the Toronto Blue Jays will hold training camp at Rogers Centre pending final government approval; it also stands to reason that if the 2020 baseball season does happen, the team will play their home games in Toronto.

It’s believed the team will be ‘quarantined’ to the hotel that adjoins the Rogers Centre, but be allowed onto the field for training.

It doesn’t have to be said that we are living through a pandemic the likes of which we have never seen in our lifetime. The Canada/US border has been closed for this reason. Families have been separated for months. They have made this personal sacrifice for the greater good. And yet, we’re somehow to believe that baseball is essential and important enough to qualify for an exemption?

It makes sense that the team doesn’t want to train or play in Dunedin, Florida. The state is in the midst of record numbers of positive coronavirus tests, including 18,115 new cases over the weekend. The state never fully shut down and its reopening plan has proved disastrous.

Buried among this is that the Blue Jays already have had multiple players and staff test positive for the virus in Dunedin. Blue Jays President Mark Shapiro told media to expect more positive tests as the players gather together for ‘summer camp.’

Mark Shapiro declined to answer how many Blue Jays players/staff have tested positive for Covid to date, but does expect more positive tests.
"I would expect a large number of + tests, and that's going to be part of the transition process into creating that closed environment."

How we got to the point where this is acceptable is one issue. But the larger one remains that if the front office wasn’t able to prevent this outbreak, why should we have faith in them keeping it any safer in Toronto?

Even if we take an extremely charitable stance that Jays players will remain confined to the Rogers Centre and adjoining hotel — an unpleasant and unsustainable way to live for months — how can that be guaranteed of visiting teams when they’re at home? Or the Jays when they’re on the road?

Having the Blue Jays play in Toronto only makes them marginally safer than playing in Dunedin. The schedule still takes them to Florida and to other COVID hotspots. And where the virus is somewhat controlled today; could be out of control next week.

The MLB protocols; a fulsome 113-page document, abdicates much of the safety responsibilities onto the clubs. The frequent coronavirus tests players/coaches and other staff will take will be processed at a lab in Utah so as to not burden local health authorities.

Can we truly believe that tests from Toronto will be processed in Utah within 24 hours? And it’s still unknown what will happen if a player from a visiting team tests positive in Toronto. Will they be quarantined here? And if so, who ensures that they remain in quarantine?

This doesn’t seem to make the Jays any safer; but rather create conditions that put a lot more people in Toronto at risk. You can’t ‘bubble’ everyone who works in and around the team, and this could easily allow new infections to be seeded into the community.

These are a lot of ifs and maybes that should give everybody pause.

If you knew a car had faulty brakes, would you take it for a drive and hope for the best? Or would you choose not to get behind the wheel?

Regardless of where the Blue Jays hold their season, no fans will be allowed in the stadium. So you can’t even make the argument that there is a financial benefit to the city for the team playing in Toronto. There will only be the option to watch on TV, and that can be done from anywhere. Again — a lot of risks with no discernible reward.

The driver that shuttles the team from the airport to the Rogers Centre, the hotel workers, the clubhouse attendants — they may not be people you know — but they are people who matter just as much as Bo Bichette, Vladimir Guerrero Jr, or any other baseball player. They are people with families and hopes and dreams —  and their health and safety is as important as anybody else’s.

Toronto’s frontline and healthcare workers who have been tirelessly carrying the burden for our safety since the pandemic started deserve to get a break. And if anyone associated with the team gets sick or worse — how can that be justified?

Sports just simply aren’t essential or necessary right now. Yes, many people’s careers rely on baseball and their needs count too. But not at the expense of someone’s health. Baseball is a privilege and it’s one we can’t have right now. It is incredibly irresponsible of our government and for Mark Shapiro to offload these myriad risks onto the citizens of Toronto.

Baseball is a beautiful sport. I don’t blame people who want it back. This has been an exhausting time. Thinking about every move you make to not endanger yourself, your family, your community — that constant level of anxiety is hard to live with.

And if you’re a fan; it would be a welcome distraction. But it just isn’t safe right now. Baseball should not be played in Toronto.