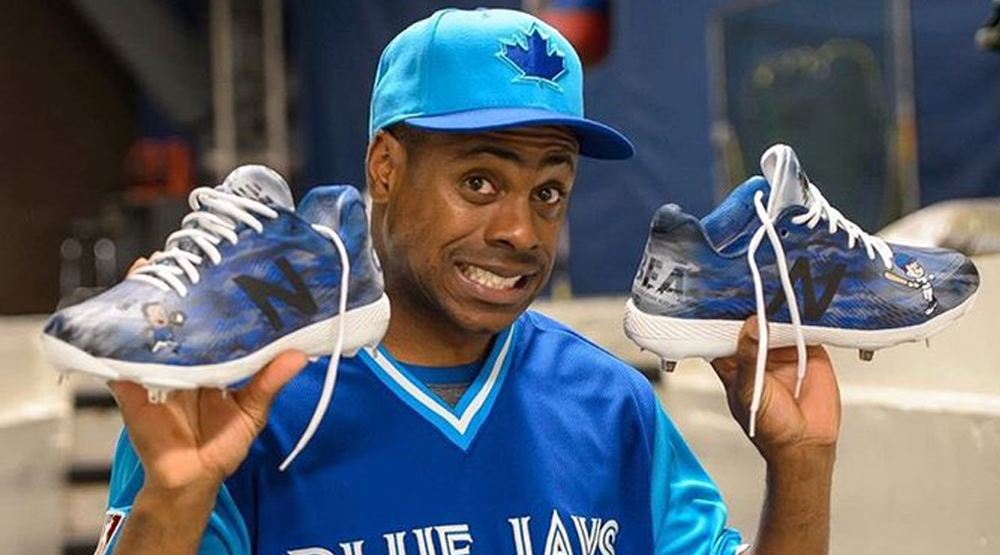 Aside from the little league-style uniforms, one of the coolest parts about MLB Players’ Weekend is the fact that players can wear whatever custom gear they want and use whichever equipment they like. Every player also wears a custom patch on their uniform to pay tribute to whomever they wish.

Typically, Major League Baseball is pretty stringent on their requirements for equipment, whether it’s cleats, bats, elbow pads, or shinguards. Those restrictions come off for Players’ Weekend and many of the Toronto Blue Jays showcased a bit of their personality through their custom gear.

Curtis Granderson is wearing three different sets of custom cleats for the weekend series against the Phillies. They all pay homage to his hometown of Chicago. Afterwards, he’s raffling these sweet kicks off to benefit Jays Care and Granderson’s foundation, the Chicago Baseball and Educational Academy.

A great cause and a great looking pair of cleats! @cgrand3 is auctioning off 3 pairs of custom game worn cleats from the weekend to support @JaysCare & @CBEA_UIC.

As a new dad, Kevin Pillar gave thanks to his baby girl, Kobie Ray.

Pillar’s custom bat looks like a paint department at Home Depot gone awry. Rest assured that someone designed the bat to look this way.

Lourdes Gurriel Jr.’s cleats easily top the list as the best piece of custom equipment on a Blue Jays player. La Piñitaaa translates to “pineapple” and if you’ve ever seen Gurriel Jr.’s hair, it makes total sense why he’s called that.

Pitcher Marcus Stroman gave a shoutout to his day-ones: his family.

Tepera customized his uniform patch to thank his parents and his big sister, Marissa.

Blue Jays outfielder Randal Grichuk used his custom patch to thank the folks that took him to countless little league games over the years: his parents.

It's FINALLY here! Comment below with your #PlayersWeekend nickname. 🤔👇

What do y’all think of the jerseys for #PlayersWeekend??