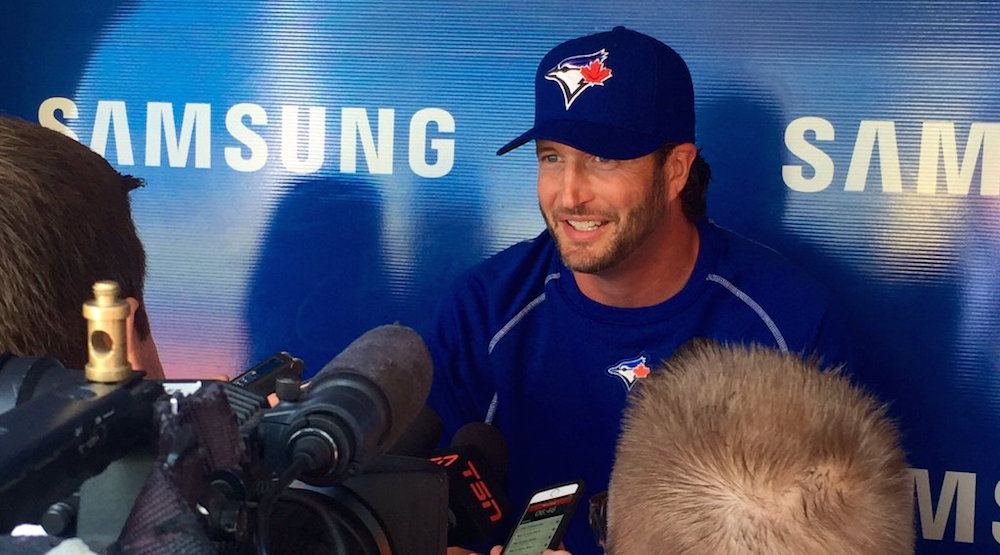 Jason Grilli’s memorable tenure with the Toronto Blue Jays has come to an end after the team announced on Tuesday afternoon that they would be parting ways with the 40-year-old reliever.

Playing 4 a championship team w/a bunch of gr8 players was an honor! Thank U 2 the @bluejays fans 4 such a warm embrace! 👊🏼 #stayinthefight pic.twitter.com/8eYlCdZi3d

Grilli was designated for assignment as part of a series of roster moves that saw reliever Chris Smith recalled from Triple A Buffalo and outfielder Ezequiel Carrera activated from the 10-day disabled list.

Grilli’s departure is perhaps no surprise given that he had posted a 6.97 ERA in 26 appearances for the Jays this season.

But his contribution during his short tenure cannot be underestimated, with his fantastic performance in 2016 and veteran leadership in the bullpen providing the standout memories of his time with the team.