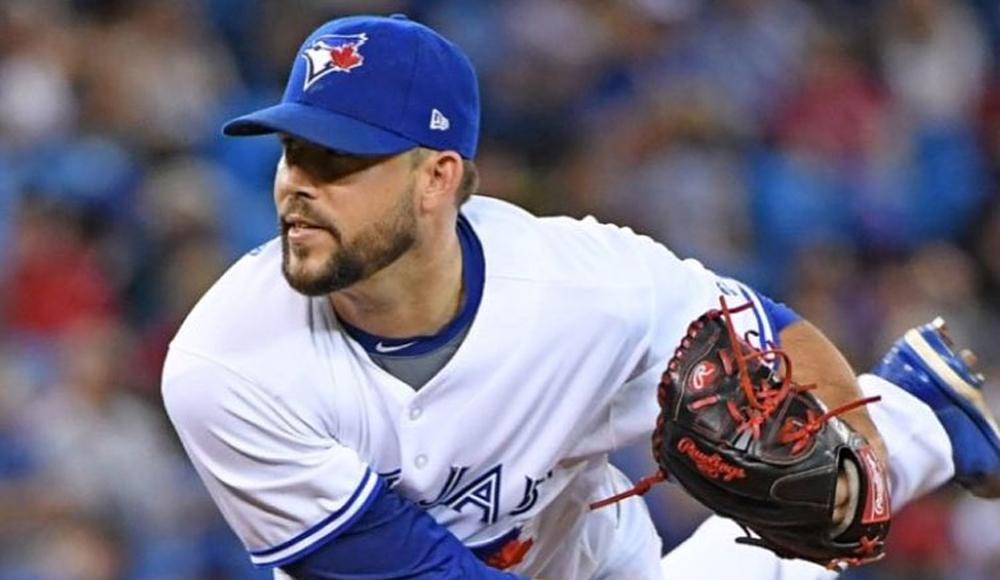 Do bad things really happen in three’s? For Blue Jays manager Charlie Montoyo, his bullpen was dealt not one, not two, but three pieces of bad news over the span of two days.

On Thursday, the Blue Jays learned that Ryan Tepera and John Axford will miss the beginning of the 2019 season due to injuries. Both Tepera and Axford were expected to play pivotal roles in the Blue Jays bullpen this year.

According to Laura Armstrong of the Toronto Star, Tepera is dealing with elbow soreness, which can be a precursor to a serious injury. This weekend, he’s off to see a doctor who specializes in Tommy John surgery.

Meanwhile, Axford will be sidelined for at least the next four weeks with something called a “stress reaction,” as per John Lott of The Athletic.

But that’s not all! On Thursday, Bud Norris was scratched from a spring training appearance and his status is currently up in the air. Three veteran relievers, three spots in the bullpen that could be up for grabs in the very near future.

As of this moment, the Blue Jays’ bullpen is as follows: Ken Giles, Joe Biagini, Tim Mayza. Those are the only certainties, which means there are four or five spots up for grabs with less than a week until Opening Day.

It’s bad news for Toronto’s veteran relievers but it could be an opportunity for other pitchers who were on the periphery of the Blue Jays bullpen depth chart. Suddenly, someone like Elvis Luciano is almost guaranteed a spot on the Blue Jays Opening Day roster.

The 19-year-old has been dreadful in Spring Training, allowing 11 earned runs over eight appearances. Because he’s healthy and the Blue Jays don’t have anything to lose, Luciano will probably make the team.

The injuries to Axford, Tepera and Norris also increase the odds for someone like Sam Gaviglio. He has pitched a combination of relief appearances and starts thus far and judging by his 5.19 ERA, Gaviglio isn’t fooling many batters. Yet, with the ability to pitch multiple innings, Montoyo may choose to lean on Gaviglio as a multi-inning middle relief option this year.

David Paulino is another name who just shot up the list of bullpen candidates for the Blue Jays. He made seven appearances in relief for the Jays last year. His Grapefruit League numbers aren’t great, but armed with a mid-90s fastball and a lethal changeup and curveball, his odds of making the team also just skyrocketed.

One pitcher who could come out of nowhere to land on the Blue Jays roster is Javy Guerra. He owns the best ERA of any reliever in Blue Jays camp this spring (1.29 ERA in seven appearances) and has a lot of big league experience under his belt. He’s an eight-year veteran who knows his way around the big leagues.

To a lesser degree, guys like Danny Barnes, Justin Shafer and Trent Thornton have an outside chance at claiming one of those vacant bullpen positions. Barnes was a prominent member of the Blue Jays bullpen in 2016, Shafer had a cup of coffee in the majors last year and Thornton looks more like a starting pitcher than a reliever.

It’s bizarre how the back-end of the Blue Jays’ bullpen suddenly fell out over the course of two days. It’s not like they were projected to have an elite relief corps in 2019, but subtracting three veteran arms from the bullpen is a huge blow to the team.

In the meantime, they’ll attempt to cobble it back together with some unproven rookies, wily veterans and some soft-tossing right-handers. Translation? Buckle in for some rough relief appearances by the Blue Jays in the early going of 2019.