To celebrate the grand opening, the modern day pizza joint is offering free build-your-own pizzas on Friday, February 5 from 11 a.m. to 10 p.m. to anyone who follows Blaze Pizza on Instagram, Twitter, or Facebook. (Hello, FREE PIZZA!)

Similar to other Blaze Pizza eateries, this latest branch offers an interactive open-kitchen format that allows patrons to customize one of the menu’s signature pizzas or create their own, choosing from a stack of fresh ingredients, all for about $8. 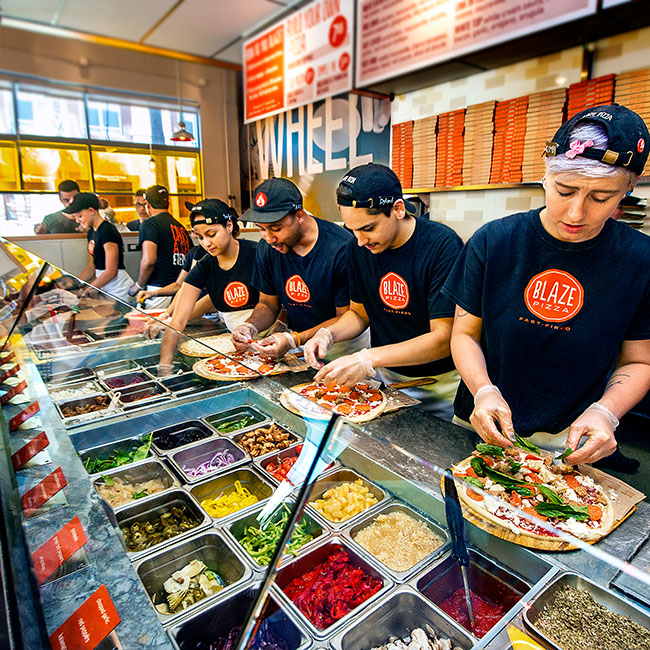 Located at 2618 32nd Street NE, next to Five Guys and near Buffalo Wild Wings, Blaze Pizza boasts a 2,400-square foot interior, with seating for 55.

The California-born Blaze Pizza, which is incidentally backed by LeBron James, debuted in Canada in October 2015 with the opening of its Toronto location, near Dundas Square (10 Dundas Street East). In July, a second Calgary restaurant will open at the corner of 4th Street and 21st Avenue (2020 4th Street SW).