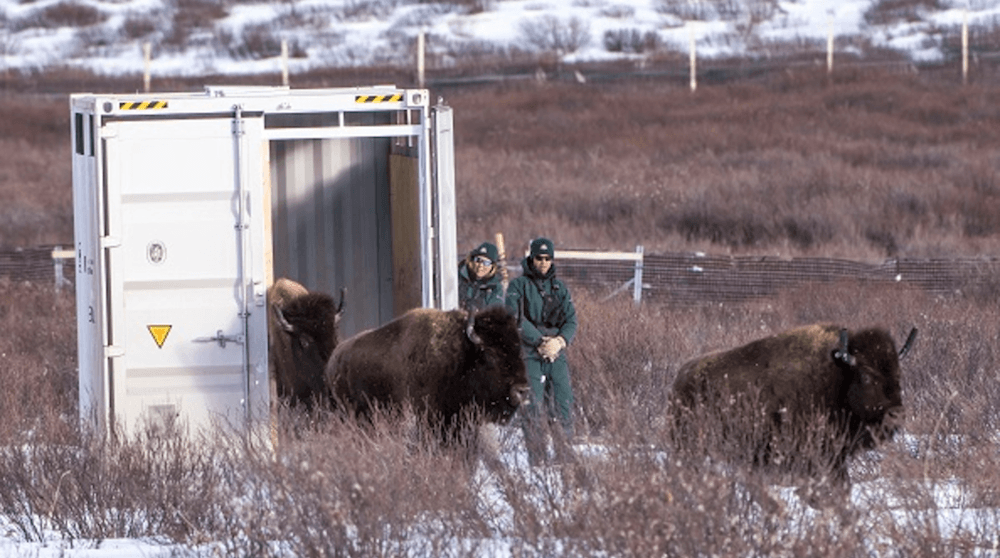 The incredible return of bison coincides with the 150th anniversary of Canada’s confederation, after being absent from the wild for over a century, their homecoming is a historic and cultural triumph.

The #bison are home! This is an important milestone for @BanffNP. A celebration of the #environment & #culture for #Canada150! @ParksCanada pic.twitter.com/VSL9hiz6h3

How the move happened

Parks Canada selected 16 healthy bison (primarily pregnant two year olds) for transfer to Banff.  The bison were loaded into shipping containers, custom modified to safely transport them and traveled overnight by truck approximately 400 km to the government-owned Ya Ha Tinda Ranch near the border of Banff National Park.

The next morning the shipping containers were airlifted by helicopter to a “soft-release” pasture in Banff’s Panther Valley, meaning they are staying in a contained area while Parks Canada staff will continue to monitor the health of the herd and ensure the new arrivals have access to food and water.

The bison will be kept in the soft release pasture for about 16 months before being released in 2018 to roam freely in the reintroduction zone within Banff National Park.