Say what you will about the Cecil Hotel and its reputation, the century-old building itself was a piece of Calgary’s architectural heritage. After decades of disrepair, it needed to be demolished, especially after being ravaged by the 2013 flood. A piece of it, however, will live on – eventually.

The #CecilHotel's last nail was driven during the 2013 flood. Bittersweet to see this storied building go today. pic.twitter.com/OsGnnQIsZ6

The removal of the historic Cecil Hotel #sign in #yyc. Happy to hear that the sign is being saved and restored. pic.twitter.com/0tU8o21wo7

Before the Cecil Hotel was torn down, its neon sign was carefully removed and sent for refurbishment, storage, and eventually part of the East Village redevelopment as an art piece. 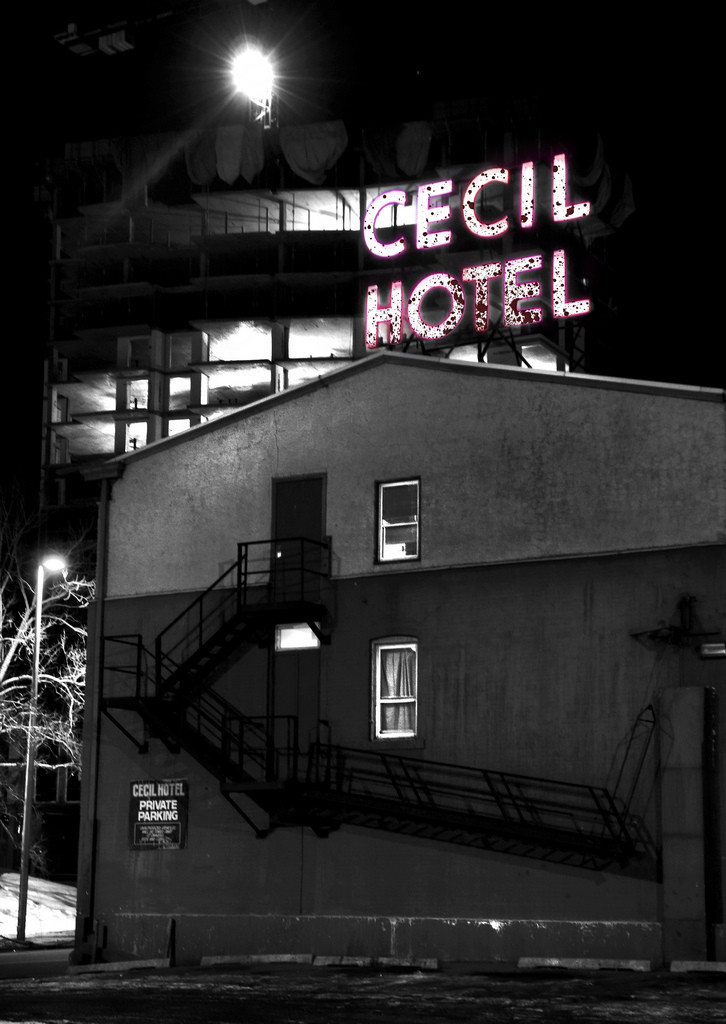 Classic neon signs are a wonderful part of history that needs to be cherished and saved. Las Vegas has a great boneyard of old signs. So does Vancouver, and Edmonton. What about Calgary? You’ll find some vintage signs in the Glenbow Museum and at Gasonline Alley in Heritage Park.

Despite the Cecil sign coming down, there are still about a dozen gorgeous, classic, and neon signs dotting the city’s skyline. Here are some of the best vintage signs in Calgary that are still up.

While the hotel was removed to make way for the National Music Centre, the façade and sign were saved. Once the NMC was sufficiently built, the King Eddy sign was reinstalled in 2015. 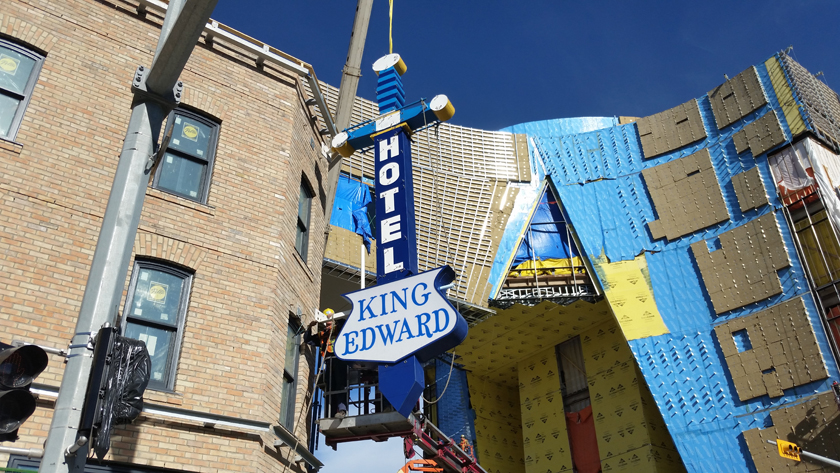 The best new restaurant in Canada took a vintage Calgary restaurant sign and slapped their own neon name on top of it. 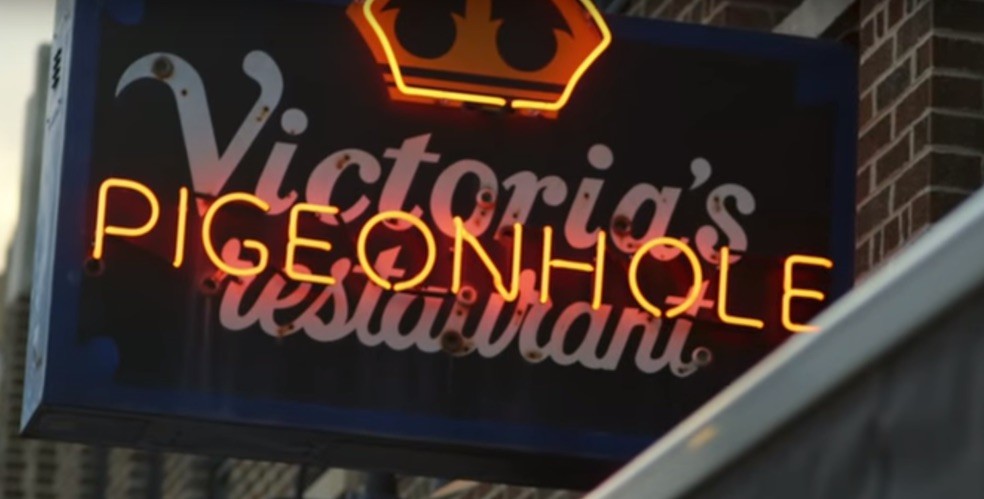 For more than 50 years this sign has stood above the Bowness bake shop known for homemade bread and other daily delights. 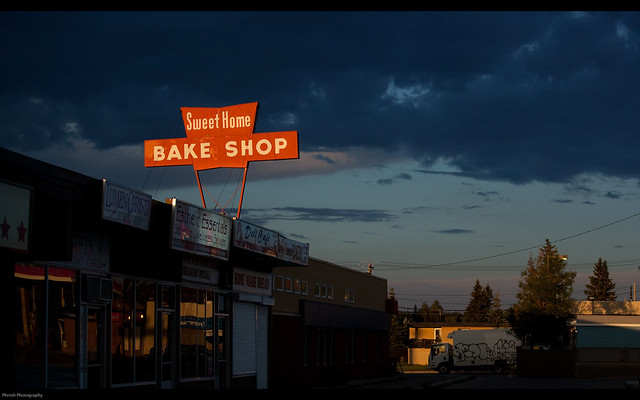 This commercial block on Centre St North used to be home to Tigerstedt Photo Studios. It’s been a rumoured target for redevelopment for years, but the 1930s art deco sign remains. 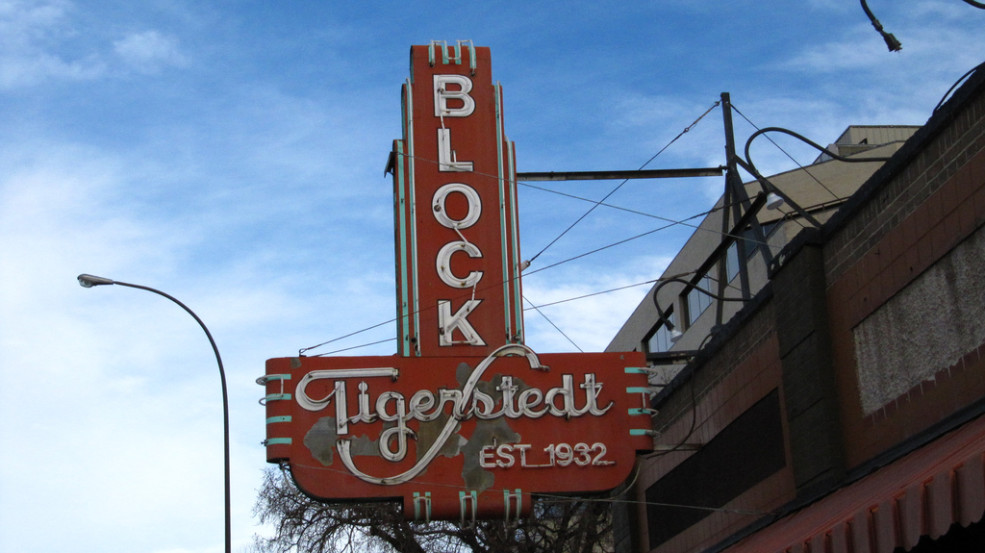 This Ramsey neighborhood ice cream shop dates back to the late 1930s. That awesome sign was installed in 1957 and still shines in the summer nights. 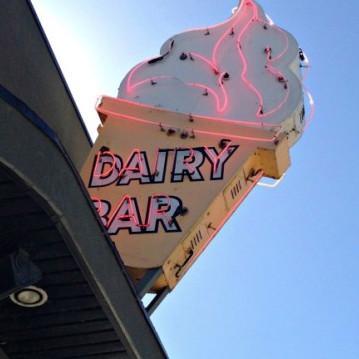 The sign on 17th Avenue SE is still there, but the restaurant is not. Instead of 4 Seas, you’ll find Blue Diamond in the old spot. 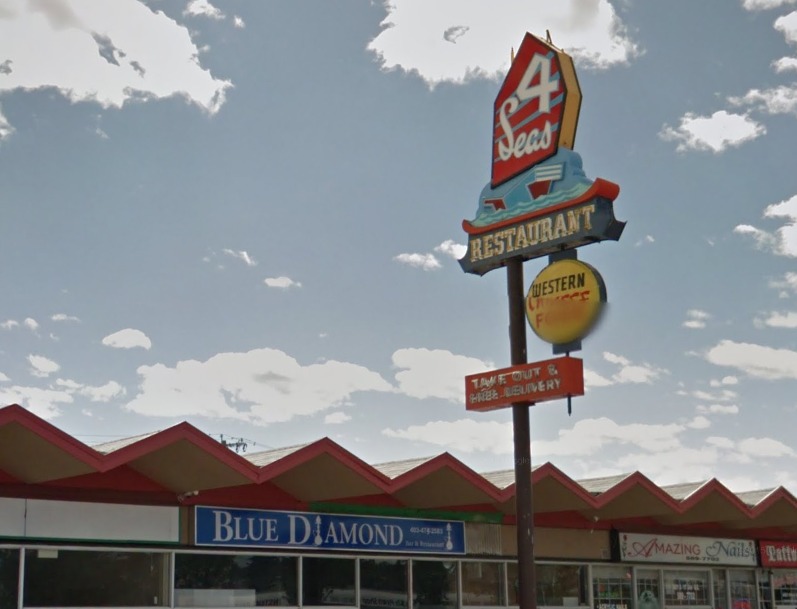 Built in 1914, this hotel originally shared the space with a bar, café, barbershop and cigar stand. Calgary City Council designated the building a Municipal Historic Resource in February 2008 and it is currently being prepared as a new venue for commercial and office tenants. 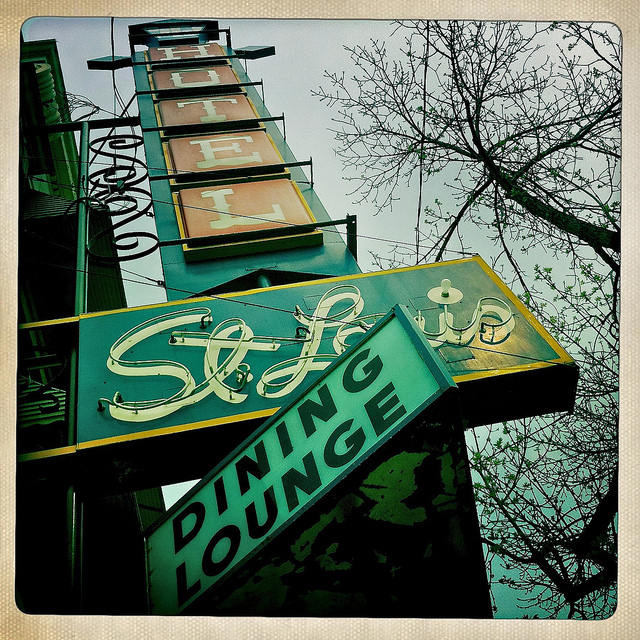 When shoppe is spelled with two Ps and an E, you know you’re dealing with vintage. This Marda Loop favourite still has the original weathered sign on the corner of 42nd Avenue and 20th Street SW. 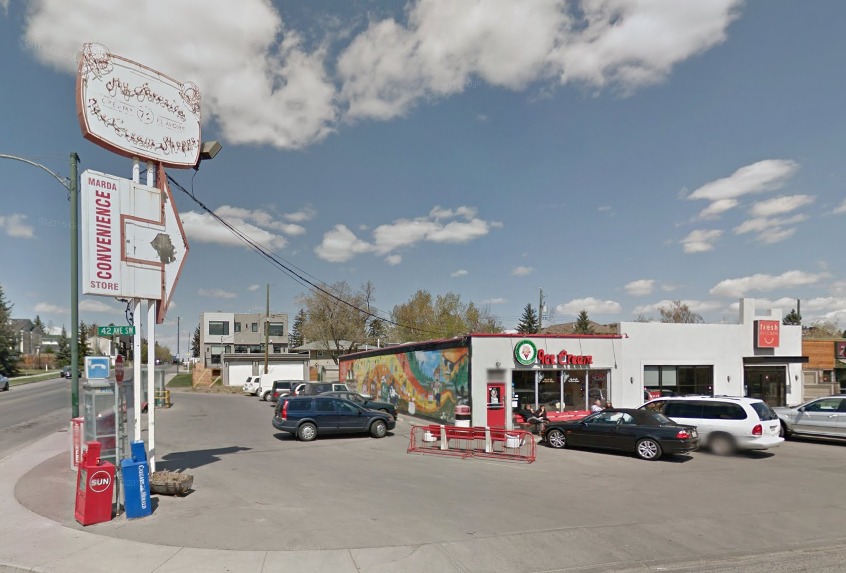 Calgary’s oldest collision company opened in 1939. By 1946, they needed more space and moved to 17th Ave just west of Mcleod. Economy Glass is now in that original Superior spot and both businesses are still run by the Viner family 70+ years later. 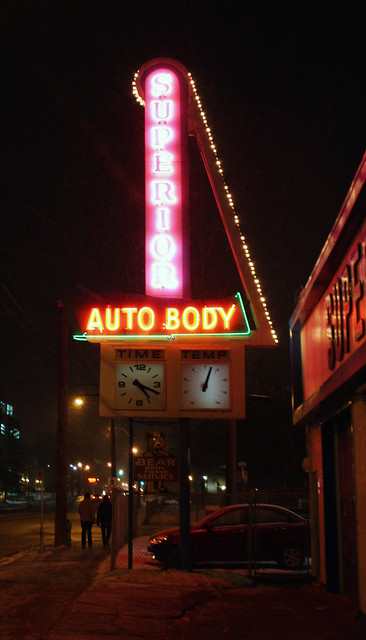 The ownership may have changed, they may have gotten Interac to pay for your shakes and burgers, but that vintage blue and white lettering is as classic as it was when it went up in 1964. 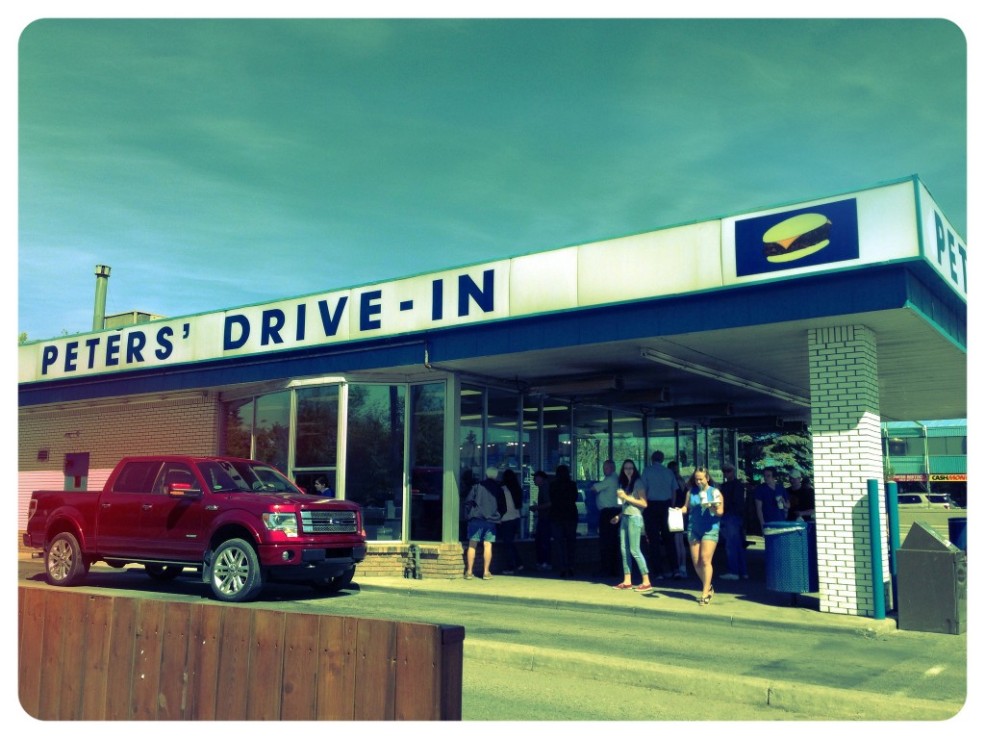 This neon sign on Centre Street N first went up in 1983 and has been a glowing key to the city ever since.

Didn’t matter that this shop is on Macleod Trail, they still went with the Mc. 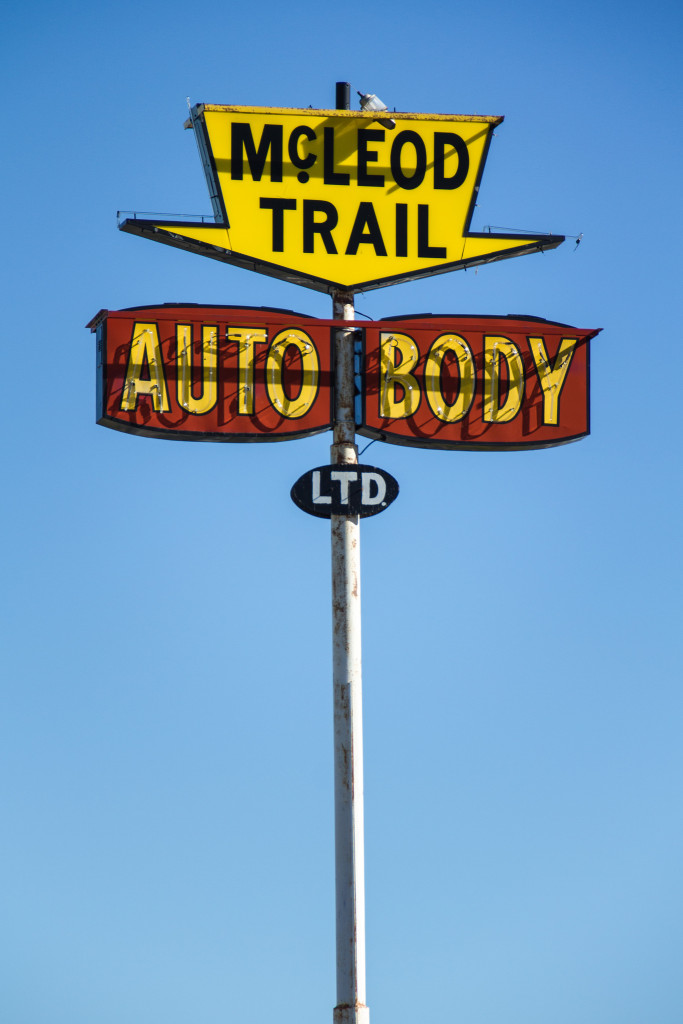 The Cecil Hotel joins this classic sign in storage. In 2010, this 17th Avenue SE sign was taken down as the trailer court was developed into a mall. The sign has yet to reappear. 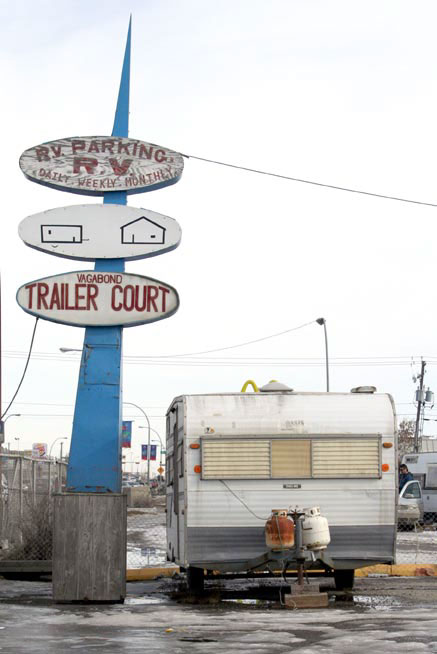