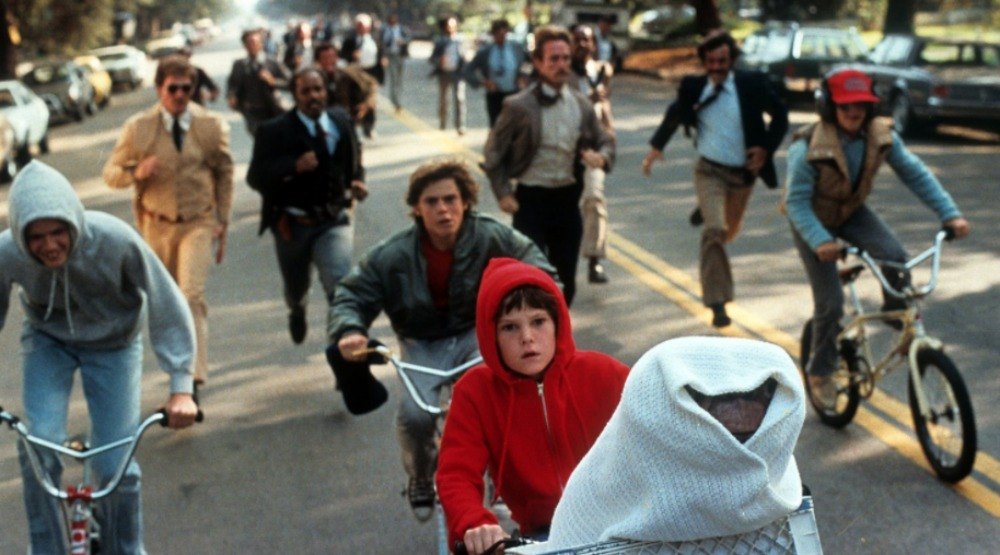 Some things just never get old, like your love for classic summer movies.

Ah yes, there’s just something about a summer movie that stays with you. Whether it’s a romance-filled plot about star-crossed lovers, a tale of true friendship, or a story about cloned dinosaurs wreaking havoc at a theme park, these are the movies you watch time and time again, and they never get old.

To help you plan your next movie night, Daily Hive has teamed up with TELUS to select the 10 greatest summer films of all time (in our humble opinion).

TELUS Pik TV™ is a great place to find many of these classics. If you haven’t already heard, Pik TV is not your traditional TV subscription service. Powered by Android, Pik offers the most popular live TV channels, an On Demand library of shows and movies, as well as direct access to the Google Play Store for a variety of streaming and gaming apps like Netflix, YouTube and Spotify. It’s ideal for all you cord- cutters and cord-nevers who aren’t interested in signing a contract. Seriously, it’s as simple as plugging the Pik TV media box into your TV or downloading the Pik TV app to your smartphone or tablet.

With that in mind, we urge you to sit back and escape the heat with these sizzling-hot summer favourites.

A trip to a theme park filled with cloned dinosaurs takes a turn for the worse when a massive power breakdown causes all of the creatures to run free and cause quite the stir. Directed by Steven Spielberg, this spectacular summer movie keeps you on the edge of your seat every step of the way. And you know it’s all going down when you see a t-rex chasing a speeding jeep through the park.

Set in Oregon back in 1959, four young boys go out to look for the body of a stranger who has been killed near their hometown. What starts out as an adventure turns out to be a trip of discovery for the group of friends that actually brings them closed together. It’s a summer movie that you need to see at least once. You may want to have tissues close by for the many humourous and poignant scenes.

It’s the summer of 1987, and recent college grad James Brennan is about to take off for his long-awaited Eurotrip. His plans are derailed when his parents decide they can no longer fund the trip and he is forced to take a job at the local amusement park. James is ready for the worst summer ever, until he finds love with a fascinating co-worker named Em.

This romantic comedy centres around the story of a woman who has no belief in true love, Summer (Zooey Deschanel), and the greeting card writer who falls for her, Tom (Joseph Gordon-Levitt). You can’t help but watch and smile as Tom tries to repeatedly ‘swoon’ Summer with his powerful love-filled actions.

Australian school girl Sandy (Olivia Newton John) falls in love with bad boy Danny (John Travolta) in a whirlwind ‘summer loving’ romance. The pair discover they’re attending the same high school but it’s not all smooth sailing at the start. Watch this classic to be taken on a musical journey of romance in old-school America.

Summer officially starts for students on the last day of high school and in this movie you see the mayhem that ensues for a roudy group of teens in Austin, Texas. Set in 1976, there are keg parties and hilarious scenes starring a young Matthew McConaughey, Jason London, Ben Affleck and Milla Jovovich.

It’s not everyday you see a Steven Spielberg movie where a young boy befriends an alien that becomes stranded on earth. Elliott (Henry Thomas) brings E.T. to his home in California and introduces the alien to his family before helping it escape when the government steps in. You’ll want to watch it even just for the pinnacle moment for E.T.

This Oscar-winning summer blockbuster is set on July 4 and was released on the same weekend back in 1996. The plot sees aliens launch an all-out invasion against the human race with the goal of destroying earth. The outcome is determined by a band of survivors, including Captain Steven Hiller (Will Smith) who steps in and leads the fight for survival.

A wealthy doctor’s family visit a Catskill’s resort in the summer of 1963, where the youngest daughter Baby (Jennifer Grey) falls for confident dance instructor Johnny (the late Patrick Swayze). Baby steps in to perform shows when Johnny’s dance partner is ill and the pair begin a secretive lustful romance.

This hilarious blockbuster is set in the hot summer of 1981 on the last day of Camp Firewood. Counselors hit up the local town in a bid to get their unfinished business resolved before they go back to the real world. The result? Love triangles, a waterfall rescue and plenty of laughs. Stars include Janeane Garofalo, David Hyde Pierce and Michael Showalter.

Protip: you can watch many of the greatest summer movies of all time at home or on-the-go with Pik TV and it’s $0 for the first month so grab some popcorn and get comfy.