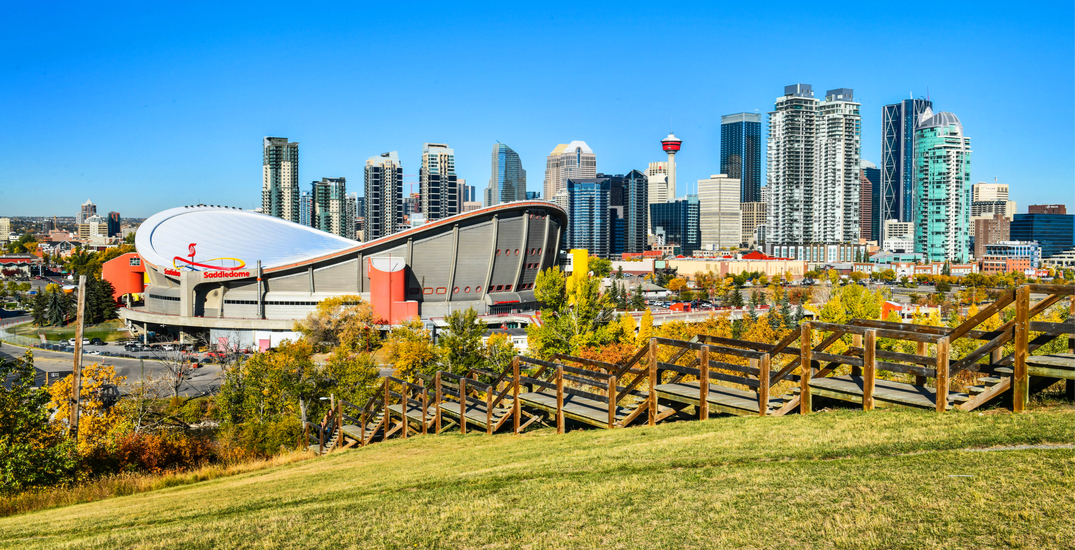 Warmer weather in Calgary means patio season, but it also means that outdoor workouts are easier than ever, and we’re on the hunt for some seriously good stairs to run in the city.

Don’t get us wrong, we love that step climber at the gym during the winter months, but as soon as it gets nice enough to do stairs outdoors it’s 1,000 times better, right?

So lace up your running shoes and pack your water bottle, because we’ve rounded up seven of the best spots to run stairs in Calgary.

If you’re just starting your stair workout journey, this a great place to begin. These wooden steps in Edgemont are divided into sections of only five stairs each and run from the corner of Edgevalley Drive and Edgemont Boulevard NW to the Edgemont Community Association.

These stairs are located near Fish Creek Provincial Park, so if you want to start or end your stair workout with a more leisurely stroll, you’re in the perfect spot. Park north of Parkland Crescent SE, on Parkland Boulevard SE, and from there you’ll be able to spot the wooden stair railings on the edge of the hill in the green space.

Situated just up from Sandy Beach, these stairs are not for the faint of heart. The steps wind around a curve, heading up a steep hill, and they vary in-depth, so you’ll need to adjust your pace and foot span.

Location: From Sandy Beach (4500 14A Street SW), hop on the paved pathway running along the base of the hill (south of the park’s suspension bridge) and watch for the gravel pathway heading up into the woods. From River Park, head to the south end of the green space and look out for the path winding down the hill towards the river.

For a unique view of the city, head to Signal Hill, where you’ll find two sets of stairs, separated by a paved pathway. Battalion Park is located at the top, and you can check out the iconic Signal Hill numbers, representing four Canadian Forces battalions and made up of thousands of whitewashed stones.

Location: Follow the paved pathway that’s located between Signal Hill Superstore (5858 Signal Hill Centre SW) and Signal Hill Library to the base of the stairs

Perhaps the best-known set of public stairs in Calgary, the Memorial Drive stairs climb McHugh Bluff, offering both stunning downtown vistas and an epic workout. These steps lead from the Calgary Curling Club to Crescent Road NW, and in the summer months, you may even spot a herd of goats doing weed control for the City of Calgary.

Location: Find the base of the stairs near the Calgary Curling Club – parking in CPA Lot 59 is ideal (200 Memorial Drive NW)

For an opposite view of Calgary’s skyline than the one at McHugh Bluff, check out Scotsman’s Hill. With the Scotiabank Saddledome as your backdrop, jog up and down these stairs and keep an eye out for the pups that frequent this park with their owners. 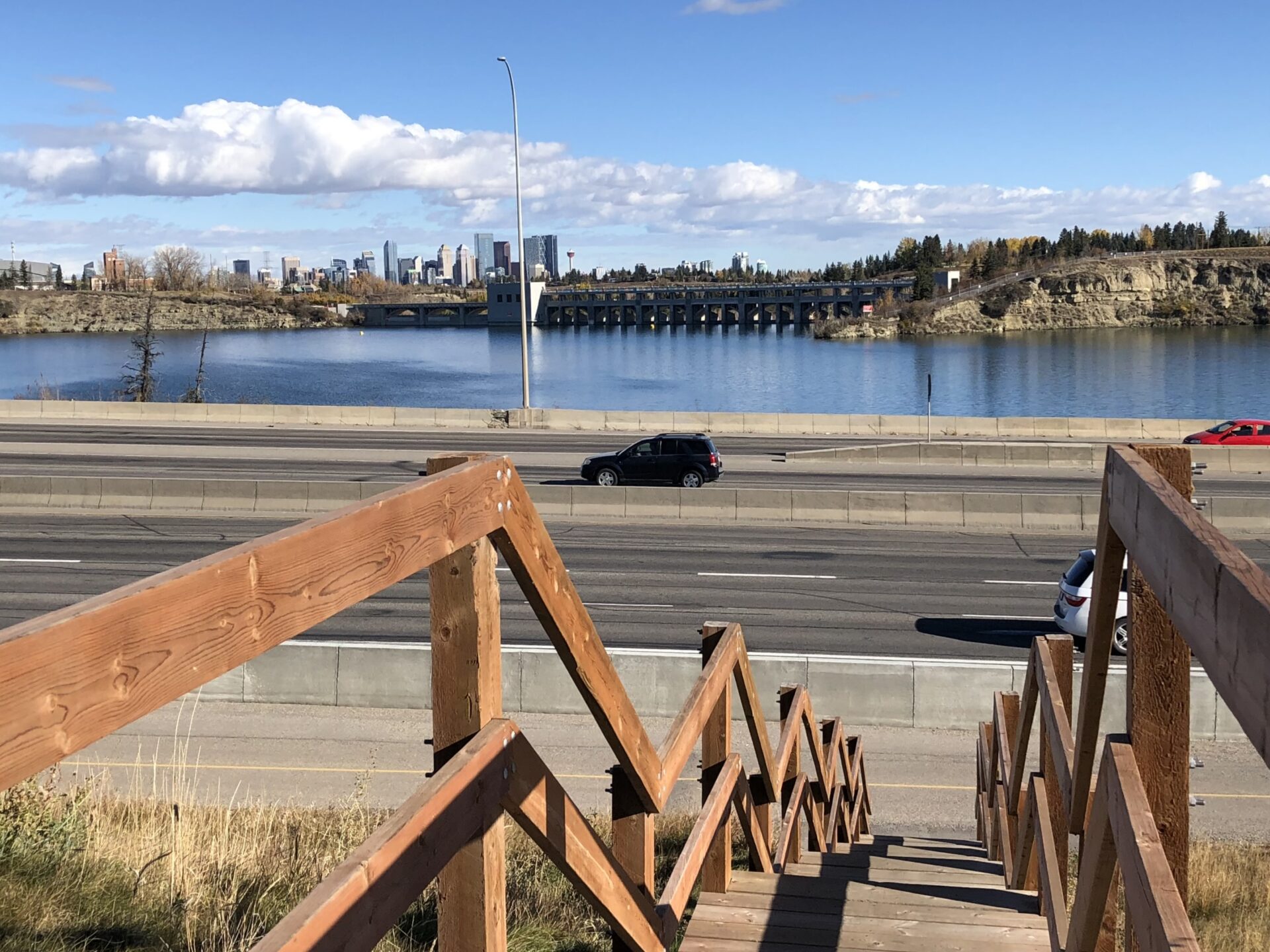 Head east along the paved pathway in North Glenmore Park and you’ll come to a stunning set of stairs with views of the Glenmore Reservoir and a hint of the downtown skyline. Warm up with a walk along the reservoir, and then run the steps – whether you want to head back to the parking lot after doing the stairs or carry on down the pathway is up to you.

Location: Use the North Glenmore Park parking lot at 7305 Crowchild Trail SW and then head east on the paved pathway