Oh, glorious nachos! This bar snack is so on point, it can often be a meal in itself. From the crispy corn chip base to the wide-open possibilities of toppings, nachos can be a truly spectacular dish.

As it so happens, there are not only great nachos to be found in Calgary, but also a duo of tweeting nacho enthusiasts who have dedicated themselves to the pursuit of the city’s best. We connected with the anonymous eaters behind @yycnachos to find out how they came to adore nachos, and where to find their favourite nachos in Calgary.

“Although we have been nacho lovers forever, we only started @yycnachos at the beginning of 2016, so we definitely have a lot of places to hit still before an official and all-encompassing list can exist,” the nachos fans note.

Calgary Buzz: How did you come to love nachos?

@yycnachos: Nachos are one of the easiest foods to make quickly at home, which definitely inspired our love for them. Once you realize that there are a ton of options for nachos it opens up a whole new world of flavours that you never would have thought about. Restaurants are making Korean nachos, Philly Cheese Steak nachos, Greek nachos, and more! It’s just a super fun food that’s always a hit with the entire table. Plus, we are definitely addicted to melted cheese.

What are the perfect components of an excellent nacho dish for you?

The chips and cheese have to be the focal point; if they aren’t well done, then the whole dish is ruined. Adding to this it’s always nice to have something crisp, something spicy, and a protein component. If you can nail it on all of those fronts then the people at the table are in for a real treat. Our ideal nachos consist of simple ingredients. When we make them at home we use ground turkey, cheddar cheese, pickled jalapenos, and bell peppers. However, we have been known to get creative and use Doritos or add pizza sauce to our nachos. Sounds super weird, but it’s delicious.

Is Calgary a good city for nachos? How does it compare with other cities in which you’ve enjoyed nachos?

Calgary is a great city for nachos (and any other food for that matter)! There’s a good mix here between solid pub-style nachos and much more fancy nachos. Although our hearts will always be in the pubs, it’s fun to see what more upscale restaurants are putting out. We would say that here in Calgary most of the nachos are definitely above average compared to some in other cities. However, two of our favourite plates of nachos ever have been at a small restaurant in Kelowna, B.C., and another in Orlando, Florida. It really depends on what you’re looking for though!

The best nachos in YYC right now, as selected by @YYCNachos 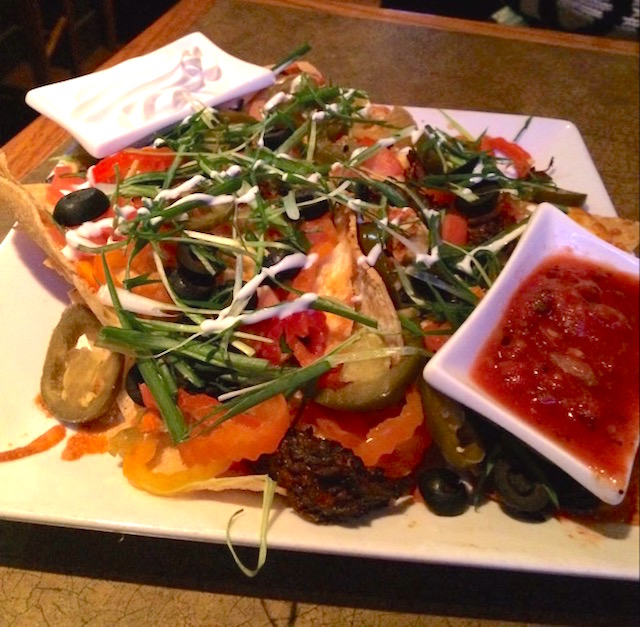 We go to Brewster’s for their nachos a lot. They add a healthy amount of seasoning to the chips, which definitely sets them apart from other nachos in Calgary. Adding to this, the sparerib option is out of this world and is an absolute must for everyone who enjoys nachos here. Brewster’s is our favourite spot for nachos in Calgary right now. 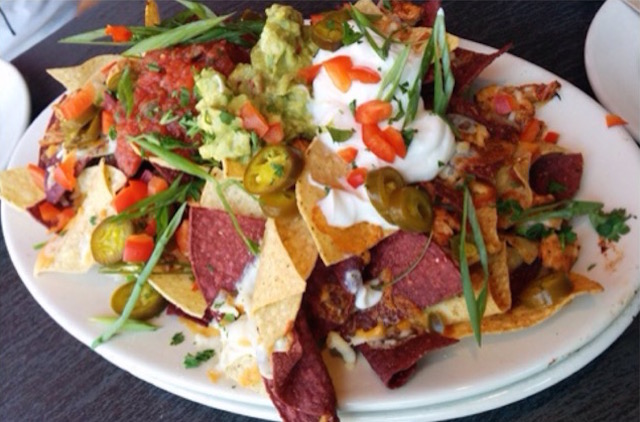 These guys are a newcomer to Calgary, but put out an amazing plate of nachos when we were there. The amount of cheese on these things is insane. This was the only time we were happy that the plate wasn’t huge, because we could eat everything and not feel too guilty. 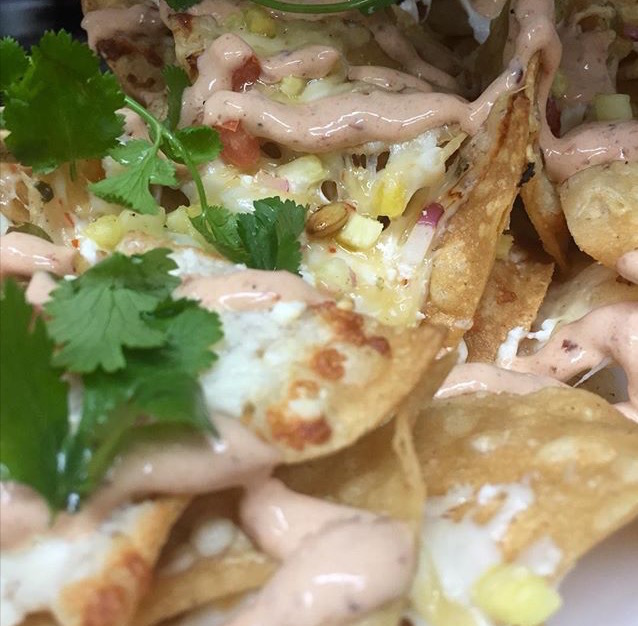 This is one of the most adventurous plates that we’ve had. You normally wouldn’t expect to see pumpkin seeds on nachos, but it works! The three different types of super gooey cheese helps this plate out too. They are a must have for anyone in Calgary. 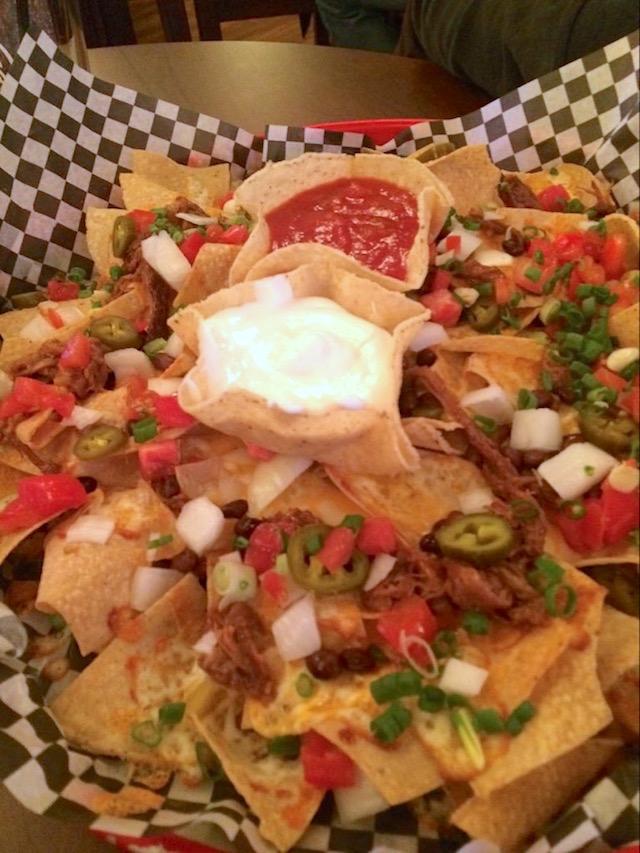 Another Crowfoot stop on the list is Hudsons. This one is a local favourite of ours purely based on size and the pulled pork. If you can eat these without making little pulled pork sandwiches with the chips then you are not a real human being. Bring friends for this one though, as the serving is massive. 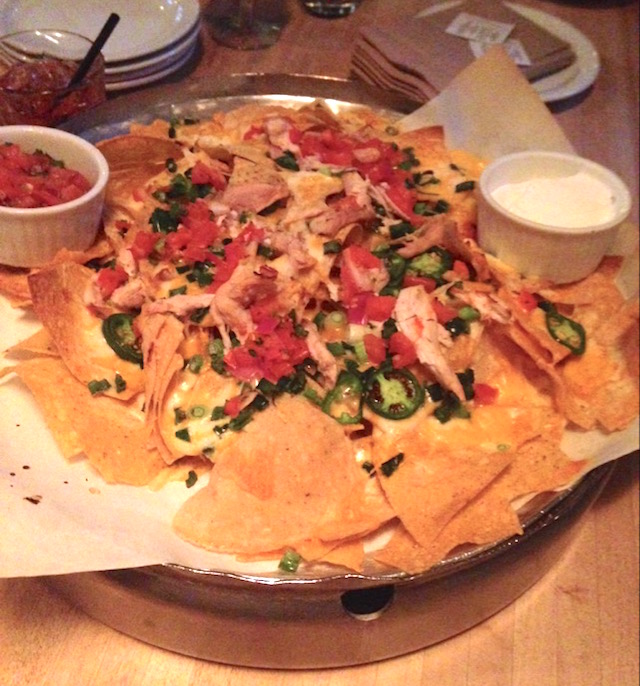 These nachos made the list because of heat. The jalapenos have the seeds inside which leaves your mouth burning and yearning for more. The pico de gallo on top helps mellow things out a bit, thankfully. It’s definitely best to wash these ones down with a Mexican beer to dissolve some of that spice!