Books and covers: We don’t want to admit it, but that’s how we judge. When it comes to all sorts of things in life, looks (or covers, titles, or names) matter. Beer is one of those things. The look of the label and the name of the brew are part of the persuasion a new product has to get you to try it that first time.

When you’re a craft brewery, you really need to stand out from the crowd and grab attention away from Bud and his friends. So here they are, a case to be made for a case of creativity.

Many of these bottles below I haven’t tried. I just dug through the growing list of craft brewers in the province to uncover cool names, interesting logos, and packaging that makes me want to flip the cap and have a sip.

Here are 12 of the best Alberta craft beer names and labels that excite the eyes, and, in theory, the tastebuds. 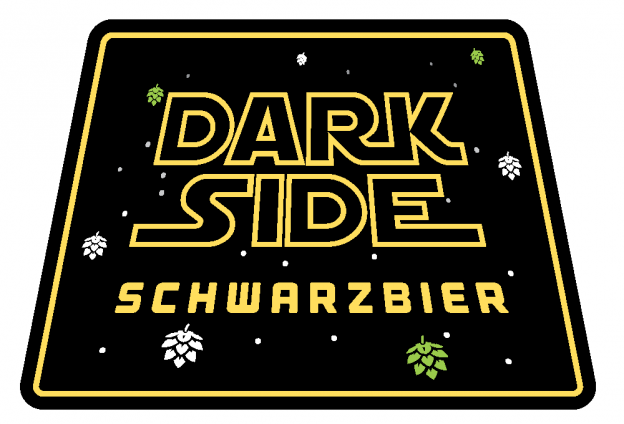 A schwarzbier is a dark German lager. The “schwartz” is the force in the Star Wars parody, Spaceballs. Star Wars is all the rage right now. This is all kinds of perfect. 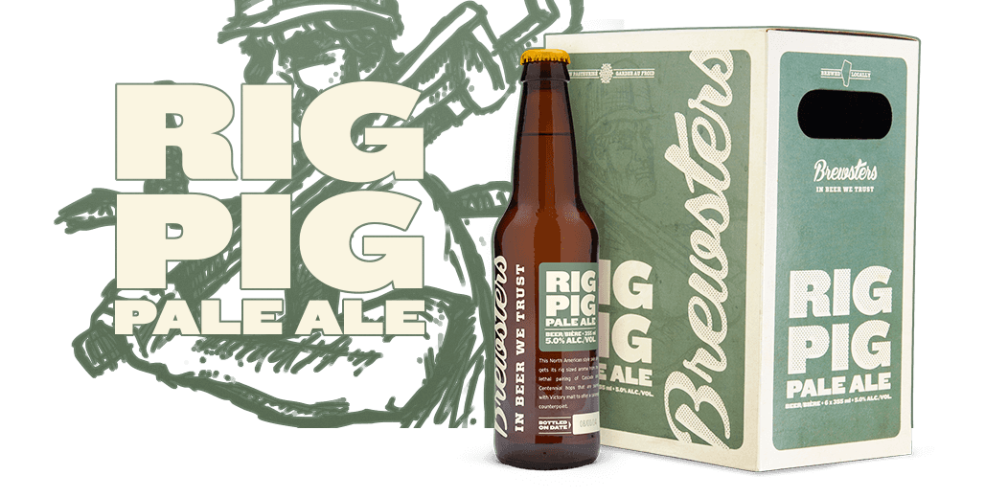 It’s tough to have clever labelling and clever branding. Picking one or the other offers greater success. Simple, classic labelling at Brewsters is made up for with the branding. A few too many of our roughnecks are out of work right now, so raise a Rig Pig in their honour.

The gang at Big Rock have some of the most creative brews, brandings, and bottles in the world of beer, let alone the province. I love this summer beer’s nod to our little Stampede festival. A Calgary cowboy in German lederhosen? That’s fancy.

This small dot on a map between Wainwright and Lloydminster has put together a collection of some of the best looking labels out there. Their unique art fully wraps the can and they have some great names on their roster like Lone Bison, Great White Combine, Range Land, and Old Man Winter.

Each of the Tool Shed beers is uniquely labelled and comes complete with a little story about how and why the beer got its name. “Everybody knows someone who could use a pint of people skills now and then,” explains the label. “Now you can buy them one.” 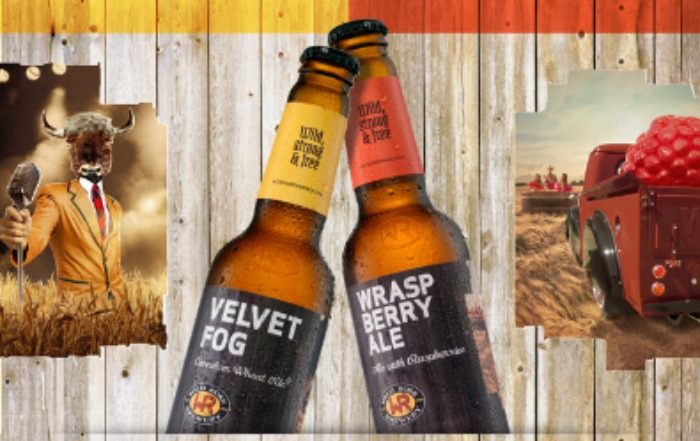 Wild Rose knows that fans of their beers like to make a Pink Velvet by going half and half with a Velvet Fog and a Wrasperry – hey, share with a friend! So they created a case with just those two brews in it. You have to like a company that listens and serves the people, and tossing a W on the front of Raspberry was pretty clever too. 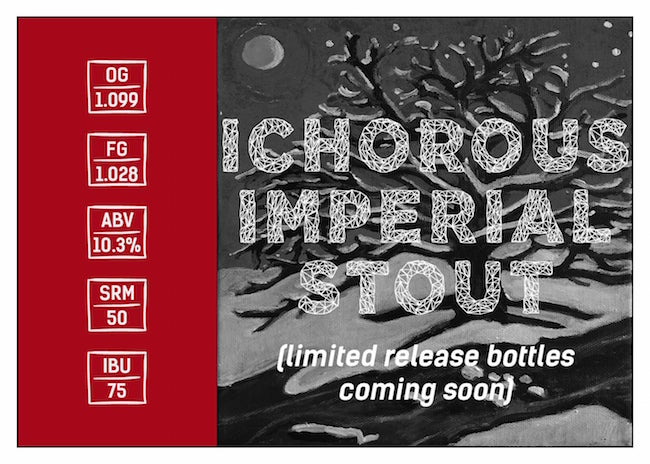 I’ll admit, my naive palate is a sucker for anything labeled “imperial”; it makes me feel like I know what I’m talking about when I’m drinking. Toss in the twisted art and odd, haunting name of this beer and I’m in. Unless of course we’re not talking about the biological rather than the Greek definition of Ichorous. 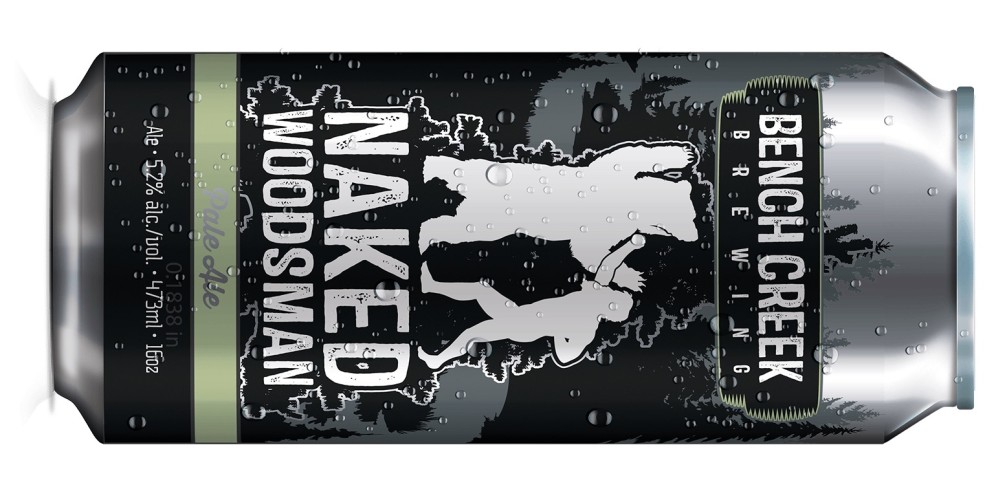 Because when your brewery is in the middle of nowhere (look on a map, it basically is), sometimes you’ll need to fight a bear when you’re naked. Well played, Bench Creek. 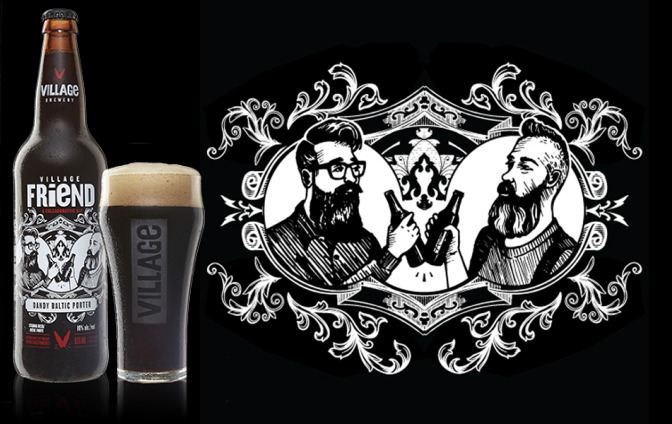 You gotta like the camaraderie in the brew business in this province. Everyone supports each other, offers advice, and talks shop over beers. The Dandy guys have worked with Wild Rose and Village in the past, and are back working with Village this year on a new brew,  because that’s what friends are for. This beer’s name goes along with the rest of the Village roster identifying “people” in the village – like your friends. 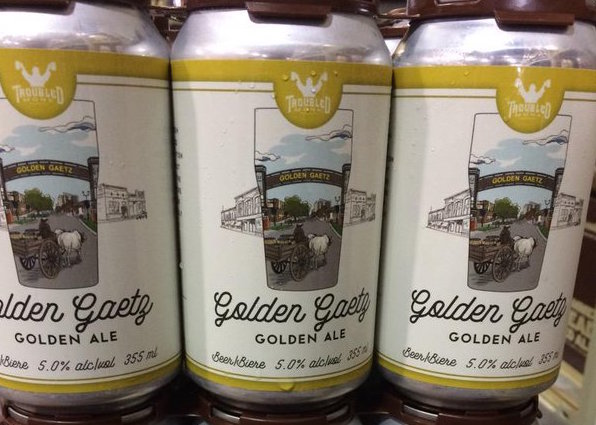 Gaetz Avenue in Red Deer as seen through a Troubled Monk glass adorns this label. Leonard Gaetz and his family played a central role in the growth of the city and his legacy lives on street signs in town, and on a home grown beer label. 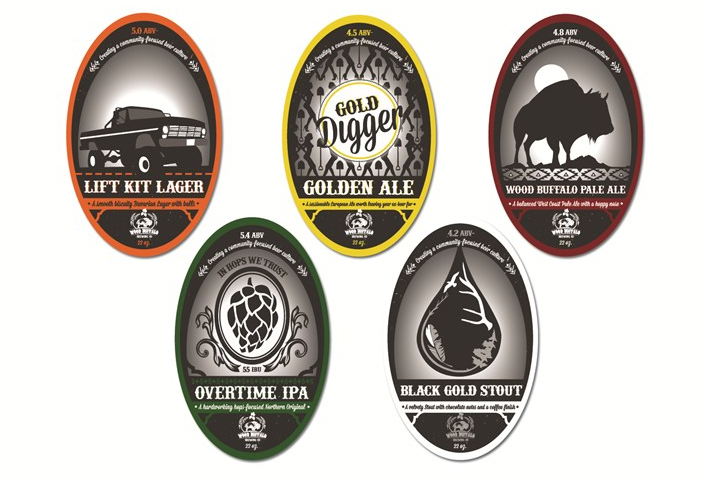 I’m partial to the Lift Kit name and logo, but that Black Gold or Overtime would be in my basket pretty quickly if I saw them on a shelf. 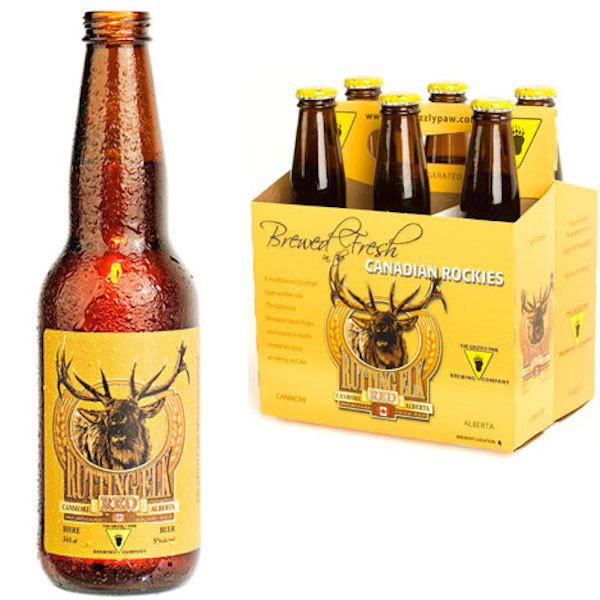 What happens when elk visit Canmore, stays in Canmore.