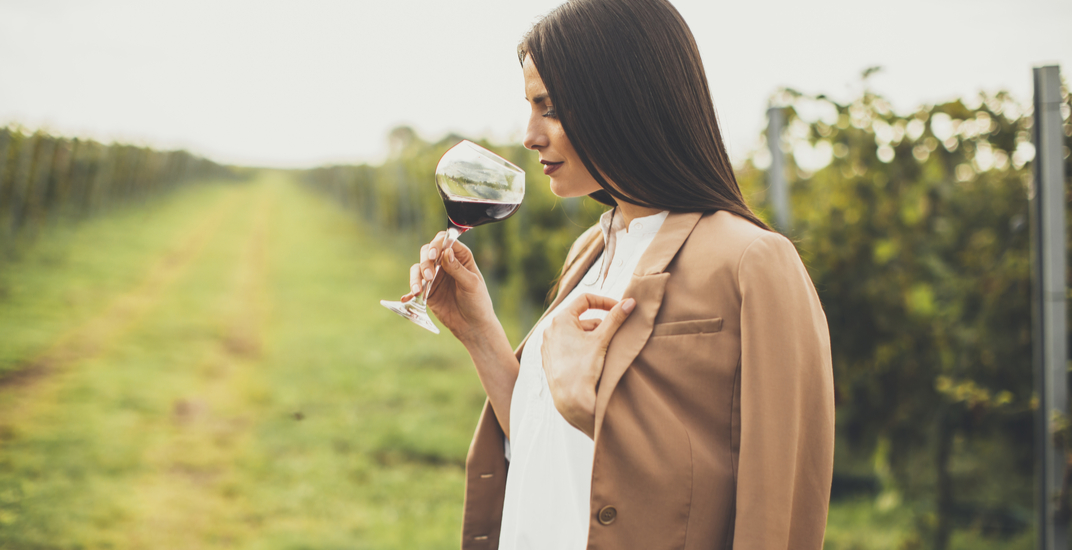 They don’t say ‘wine Wednesdays’ without good cause.

Whether you pour a glass with dinner, pair it with a selection of artisan cheeses, or have it flowing during a party with your friends, it always goes down well.

And it’s even more comforting to know that there are a heap of positive benefits that come with having a glass of vin rouge. Yep, you heard it right.

We’ve compiled a list of the top six benefits of drinking red wine that will make you feel good the next time you order a six or nine ounce glass.

Daily Hive teamed up with Inniskillin Okanagan Estate to taste their exquisite wine and discover some of the health benefits of everyone’s favourite red elixir.

Let’s be honest, one of  the main reasons that we drink wine is because it tastes good and it makes you feel fine. And now Inniskillin has hit Calgary and won the 2017 Alberta Beverage Awards ‘top value’ prize for their Shiraz-Cabernet Sauvignon. You’ll want to try this full bodied wine that’s the perfect accompaniment for any pasta dish, fish, or vegetarian risotto. Since it’s exceptionally high quality wine that you can get at a reasonable price, it’s a no brainer.

This is an actual thing. Research at the University of Alberta revealed that resveratrol may be a natural exercise performance enhancer that’s responsible for improved physical performance and muscle strength. It also even mimics the gym in that after drinking a glass your cardiovascular enhancements are similar to exercise. And just imagine how easy this could be, you could simply pour yourself a glass of Shiraz-Cabernet Sauvignon by Inniskillin, and reap the benefits of a happy, healthy body. All in moderation, of course. 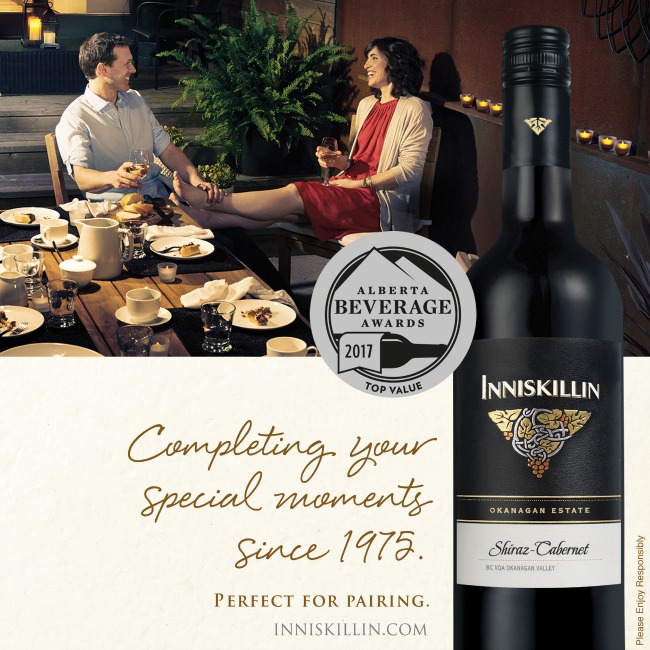 When you drink it in moderation, red wine is said to keep your heart healthy. And according to the Mayo Clinic, alcohol and a number of antioxidants in red wine may even help prevent coronary artery disease, the condition that leads to heart attacks. So it could be that antioxidants called flavonoids or a substance called resveratrol have heart-healthy benefits. And it’s easy to reap the benefits of these by drinking a wine that earned the ‘top value’ prize from the 2017 Alberta Beverage Awards.

We’re not saying that having a glass of wine every day will take years off you, but it could help you live a longer life. A team of researchers at Harvard Medical School have discovered that red wine’s infamous resveratrol and the SIRT1 gene which is also found in red wine, are linked up to a longer life span and increased health. Something to be excited about, huh?

Reduces your risk of dementia

If you’re a moderate drinker, you’re 23% less likely to develop dementia, according to research undertaken at Loyola University Medical Centre in the US. This reduction occurs because the antioxidant resveratrol prevents age-related mental decline and against cell damage. The next time you have friends over for dinner, you could simply pour them a glass of Shiraz-Cabernet Sauvignon by Inniskillin, and say “cheers” to good health and memories. Picking up a bottle of this elixir will cost you a fraction of the price of a substandard wine at a restaurant.

Researchers at the Cedars-Sinai Medical Center in the US discovered that red wine can help lower the risk of developing breast cancer. This is all down to chemicals found in the seeds of red grapes which help reduce oestrogen levels in pre-menopausal women, while increasing their testosterone levels at the same time. Men on the other hand, who drink from four to seven glasses of red wine per week are less likely to be diagnosed with prostate cancer than those who don’t drink red wine, according to a Harvard Medical School study.

Reduces your risk of depression

Of course, wine should be consumed in moderation, and when done so it could actually reduce your risk of developing depression according to a study by BMC Medicine. The research revealed that men and women who drank from two to a maximum of seven glasses of wine each week were less likely to develop depression that those who didn’t drink wine.

If you’re looking to try a fantastic fall red wine then look no further than Inniskillin Shiraz-Cabernet Sauvignon. It won’t cost you a fortune either since the wine has won the ‘top value’ prize at this year’s Alberta Beverage Awards. 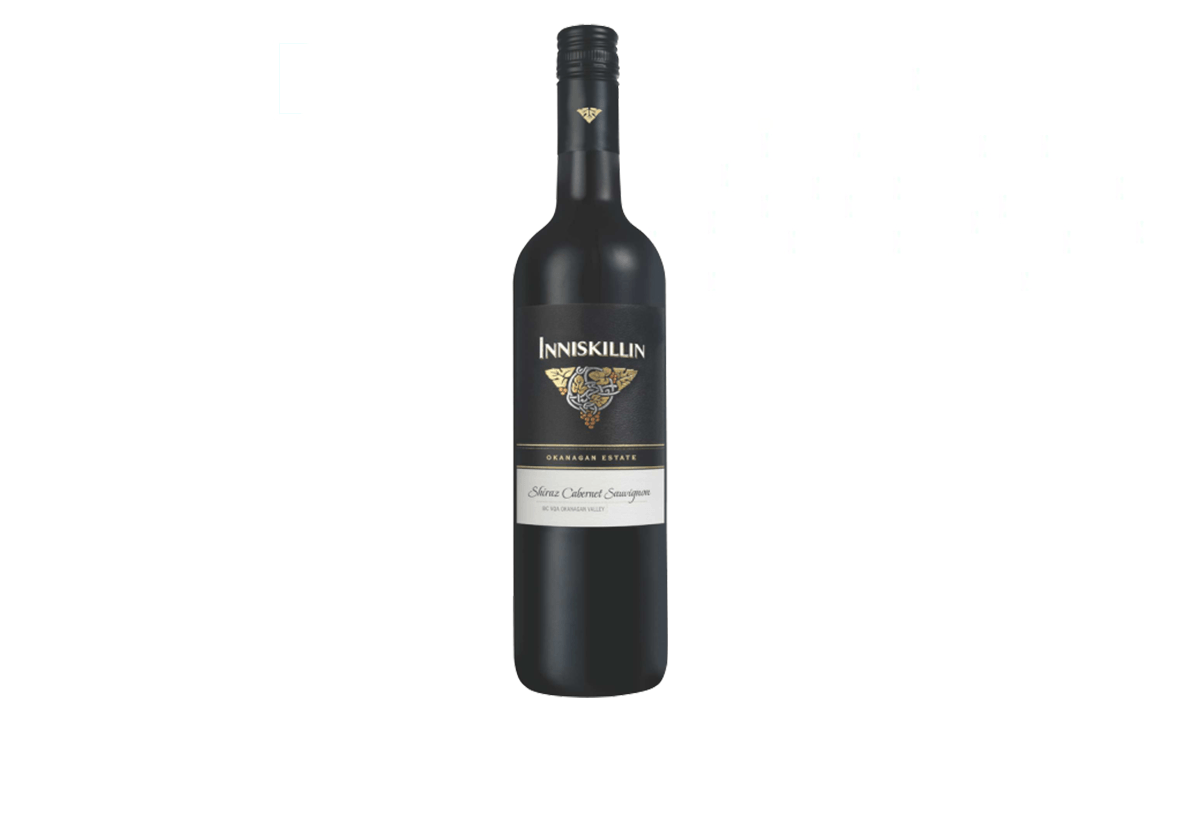