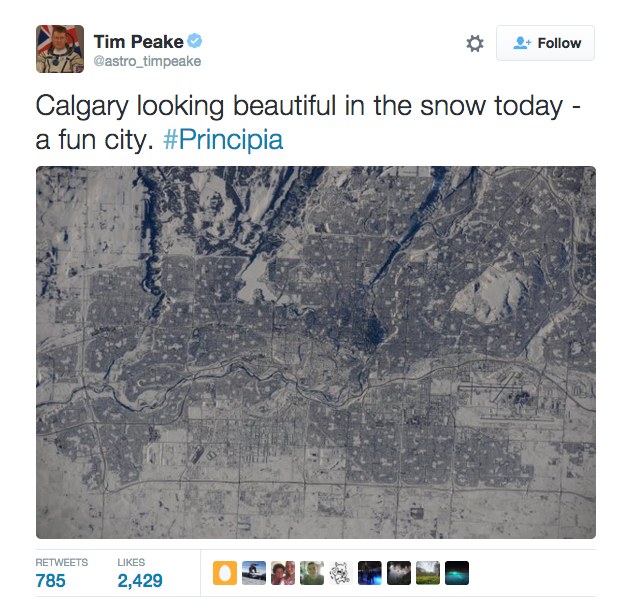 “This view shows the city of Calgary in Canada, north on the right,” says Peake. “The Bow River runs through the city from left, the Elbow River in the centre and Calgary International Airport on the right. Clearly visible are the Stony trail (201) highway at bottom and Deerfoot Trail (2) highway running by the airport.”